Share All sharing options for: Opinion: When we criticize games are we criticizing ourselves?

Are video games changing the way we analyze artwork and ourselves?

For centuries, enjoying media has been a passive experience. We let it happen to us, a fissure separating the creator and the consumer.

Films, television, music and visual art have been, mostly, consistent, reproducible and shareable objects. The North by Northwest I see is the same North by Northwest you see, and the same film my grandparents saw the first day it appeared in theaters. When we picture North by Northwest, most of us imagine the same image: a middle-aged Cary Grant huffing towards the camera, a low-flying crop duster feet behind him.

We let media happen to us

Our life experiences can shape our understanding of passive media, changing the way we "read" it. Maybe we ran cross country in high school or flew a crop duster after college, but ultimately, North by Northwest is still North by Northwest. Grant gets away, the plane crashes, the score hits the notes at the exact same time every time.

A video game is unique in that it is demands interactivity. A movie can play to an empty room; a video game cannot. And that's because without players, a game is an unfinished work. We are its co-creators. 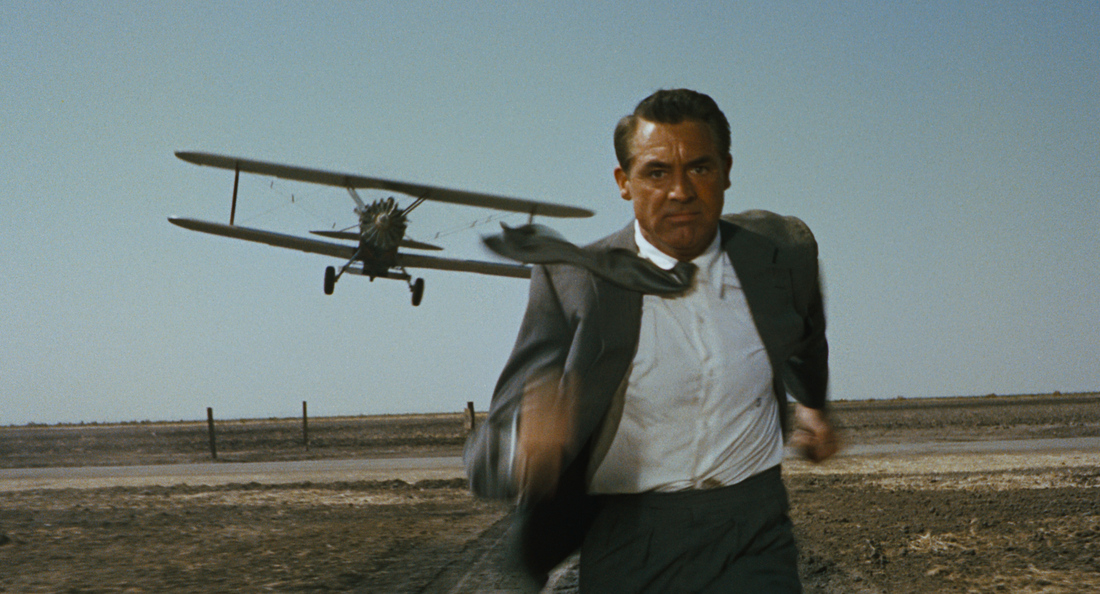 What does that mean when we criticize a game? Are we also criticizing ourselves?

The questions feels apt this week, as dozens of criticisms of Grand Theft Auto 5 sprout like wild poppies across the internet, each one planting the seeds for a hundred more.

Grand Theft Auto 5, for those few who escaped its inescapable marketing campaign, is the latest in a billion dollar franchise that encourages players to cause chaos in an ultra-realistic representation of a real world city. It also allows its player to ride bikes, do yoga, Jet Ski, surf the internet, attend therapy and a bunch of other things that aren't killing cops.

Games are safe places for us to experiment with our morality and our passions. We can learn what we like, what we don't like, what's funny, sad or beautiful. And we can do this by using the game's systems in ways its authors never intended - or simply made available, free of instruction. Last week, I wrote that Grand Theft Auto 5's popularity stemmed from being the most believable, accessible and mundane space for such experimentation. The game can be nearly anything to anyone, as exhibited by one my favorite critics, who took his child on a violence-free scuba-diving trip in the opal coastal waters.

Are we criticizing ourselves?

Games can feel like Rorschach tests, in which we see what we want to see. We are literally projecting ourselves onto, or into, the object. I believe games, more than any other medium, ask that we analyze both the work and ourselves.

When you read opinion's about games, you often see the author struggling with her or his own beliefs. Note Tom Bissell's review at Grantland which is about how little Grand Theft Auto has matured in the past half decade, and how much he has.

Video game commenters and fans have a reputation for being highly combustible. Because we think of these objects like other mediums: static works, consistent experiences. How could someone feel something so different? How did they not get the game was deadly serious? Or wildly farcical? That is so boring! Or so exciting!

There's a constant stream of essays about the experiences people have with games running down my Twitter feed. Free from the all-encompassing form of the review, opinion pieces have honed in on specific topics or viewed the game through a specific lens.

Read these and you'll learn about the game and the author, but also how the author played the game. Here stand many critical readings of a single game that are true, and yet fundamentally contradict one another. And this can be true of all art, the notion of the critical reading trumping authorial intent. But what's different here is that the player is, in part, the author. The player chooses to spend hours in an in-game strip club or under the in-game sea. What's interesting is what we choose to do and how we react to what's chosen for them.

Grand Theft Auto is a series about theft, violence, the ease of making money illegally and the burden of keeping it legitimately. It's cynical, misogynistic and grotesque. It's also a long freeway on the West Coast and a flat farm where you can faithfully recreate that scene from North by Northwest - you playing the role of the pilot.

The way my crop duster chases an innocent civilian across the virtual field, and how yours does will never be the same. We create the scene, the game provides the props, the actors and the camera.

After Grand Theft Auto 5's story, what I do with the game will define it. So much is left unfinished, waiting for me to add the final strokes. And once I'll have, I can't help but think about what my actions says, about the game and about me.