Space Qube features an in-game voxel editor that lets players create the spaceship of their dreams — whether that's an original creation, a Vic Viper lookalike, a reindeer or a hamburger — then shoot at aliens, arcade-style. Players can share their voxel-based creations online, download the ships of others and order custom prints of in-game objects with one click.

Here's a sample photo of what Space Qube's 3D-printed objects look like. 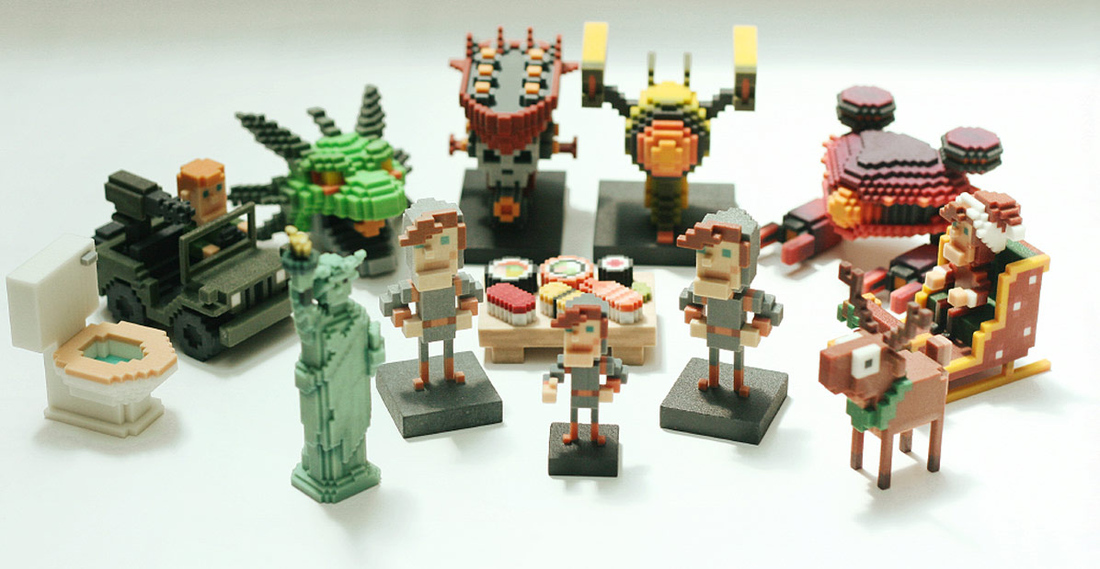 Space Qube is currently $0.99 through the iTunes App Store for iPhone 4 and above, iPad 2 and above and iPod 5.

For more on Space Qube, read our interview with the game's creators.