Share All sharing options for: How Night Trap inspired the FMV exploits of Bear Stearns Bravo

Bear Stearns Bravo, the recently launched, browser-based adventure game born from internet fixtures Horse_ebooks and Pronunciation Book, looks, sounds and feels like something from the golden age of Sega CD.

It's not just the mechanical structure of the game that's reminiscent of the full-motion video genre ushered in by the optical disc format — though Bear Stearns Bravo is certainly familiar in that respect. The game is carried out over hours of video featuring real actors, and player input is fairly limited; just as it was in niche classics like Night Trap and Double Switch. The game unfolds like a choose-your-own-adventure book, with branching paths, dialogue trees and multiple outcomes that your decisions can lead to.

Its storytelling is also certifiably bonkers, another element reminiscent of the FMV classics of the mid-90s. Its fictionalized retelling of the financial collapse of the last decade is stuffed with oddities, like a Ric Flair-esque CEO armed with stock ticker glasses, a flamethrower-wielding secretary and a pair of mortgage brokers who speak in acronyms and riddles. It, and its actors, never take themselves too seriously, despite their tackling of a fairly serious subject. 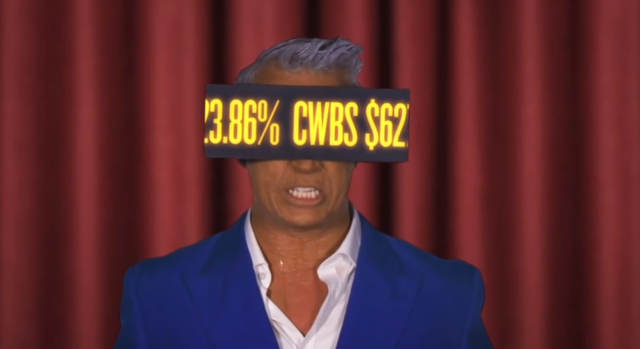 The reason Bear Stearns Bravo would fit in so naturally with company like Wirehead and Sewer Shark, Bakkila explained, is because it was that era that inspired the title in the first place.

"That's exactly it, Tom and I were inspired by the aesthetics of the mid/late '90s CD-ROM games," Bakkila said. "The original code name for the project was Night Trap. Myst, MegaRace, almost anything from that era. There was such a push to try to make 'interactive movies' in the '90s, but it was just so technologically infeasible.

"And even now, choose your own adventure-style videos are pretty surface level — some of them are fun, but the difficulty of putting together enough clips to give the viewer a feeling of actual control is prohibitive," he added. "I am fairly certain no one has ever made an interactive video that is nearly as large and complex as Bear Stearns Bravo."

The first two episodes (or, in Bear Stearns Bravo's own parlance, "Impacts") in the series — the first of which is free, while the second requires a $7 membership fee — took years to compose, Bakkila explained. He, together with co-creator Thomas Bender, producer Seena Jon and software developer Jamie Niemasik, filmed Bear Stearns Bravo "over the course of many years." The team started writing the episodes in early 2009, and started filming in their Bushwick art studio in the summer of 2010. 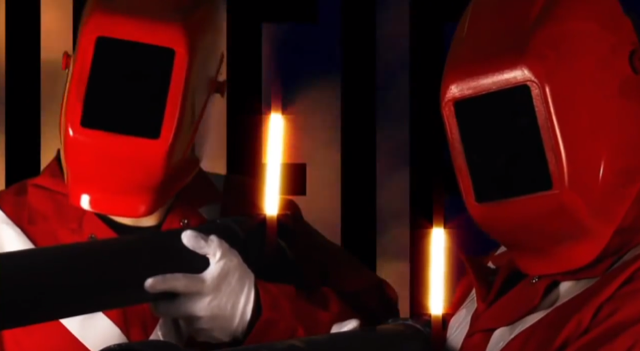 "I don't want to reveal just how many hours of video exist, but it's like playing a whole season of a television show, I suppose," Bakkila said.

The entry fee for the series' second episode has drawn a bit of ire from followers of the soon-to-be-retired Horse_ebooks and Pronunciation Book accounts — partially because both were free of charge, partially because they could retrospectively (perhaps cynically) be considered viral marketing for the launch of this monetized project.

Bakkila doesn't see it that way; the first episode, after all, doesn't cost a dime, which is "effectively like releasing several feature-length films for free," he said. All of the series' video content, even for the second episode, is viewable on YouTube. What Bear Stearns Bravo charges for is the series' interactive player, and the in-universe "BravoNET" which lets players more fully explore the world's lore.

"As for the price, we looked at indie games, then looked at movie ticket costs, and thought that $7 looked like a pretty reasonable number in terms of passing the savings onto the userbase," Bakkila said. "We have no idea what to expect, but we're happy with the response so far." 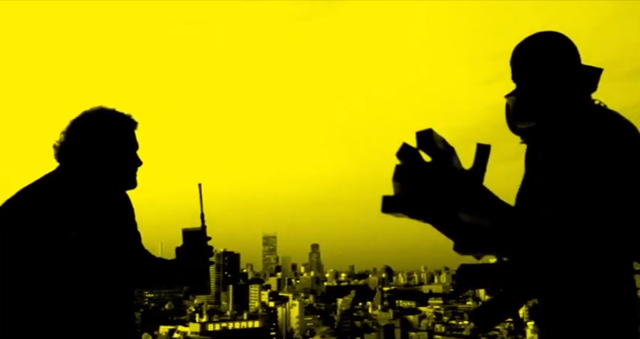 Response to the project has been polarizing "but mostly positive," Bakkila said. Though fans of Horse_ebooks and Pronunciation Book were trepidatious following the revelation of their origins, callers still came in droves for Horse_ebooks 2, a live performance piece put on by Bakkila, Bender and author Susan Orlean earlier this week. The exhibit, in which the trio would read spam-like messages to anyone who called them, had over 13,000 participants, Bakkila said.

Bear Stearns Bravo has also received a lot of patronage since its reveal on the same day; Bakkila said the game is "selling at a rapid pace," and that its BravoNET community is starting to grow and discover the secrets of the series' in-game universe.

One of those secrets, Bakkila revealed, is how Horse_ebooks and Pronunciation Book actually tie into the Bear Stearns Bravo fiction.

"For years, Horse_ebooks and Pronunciation Book were telling two halves of the same story: the predecessor to Bear Stearns Bravo," Bakkila said. "Additionally, they both exist as characters within the Bear Stearns Bravo universe. They're as tied to the story as possible, and I am happy to see that people have begun piecing together this narrative slowly but surely."