Castle of Illusion holds itself to a higher standard than nostalgia.

Modern remakes of classics from the 8- and 16-bit eras often float by on fond memories alone. The graphics might be updated, and the cutscenes might be longer and full of voiceovers, but the core experience is unchanged from a game that's 15-plus years old.

Sega Studios Australia aimed higher with Castle of Illusion, its remake of the 1990 Genesis platformer starring Mickey Mouse. The new game is full of references to its forebear; it shares the same themed levels, enemies and bosses. But it also reimagines the gameplay, shifts perspectives and constantly introduces unexpected elements. It's an entertaining game inspired by a classic rather than a futile effort to recapture past glory.

Castle of Illusion begins innocently enough with Disney icons Mickey and Minnie Mouse on a romantic outing in the woods. Their date is interrupted by Mizrabel, an evil broom-riding witch, who whisks Minnie away to a foreboding tower in the distance. Mickey follows to the titular Castle of Illusion, where he must hunt down seven colored gems to unlock Mizrabel's quarters and save Minnie. And that's about as far as the plot goes, with brief voiceovers playing on top of gameplay rather than constant cutscene interruptions.

The game is set up to look like a 2D remake. The first 10 minutes feature the same two-dimensional side-scrolling gameplay that the original Genesis game used, albeit with a sharp visual overhaul. But when Mickey reaches the castle, the camera suddenly twists around to his side and the controls open up: The game is now in 3D. It was a surprising, magical moment for me, sort of like the first time I watched The Wizard of Oz and suddenly the film switched from black-and-white to color.

the switch from 2D to 3D was a surprising, magical moment for me 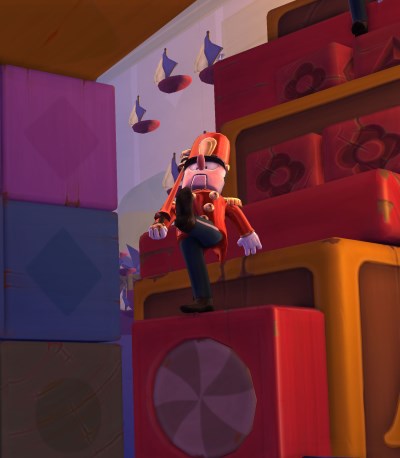 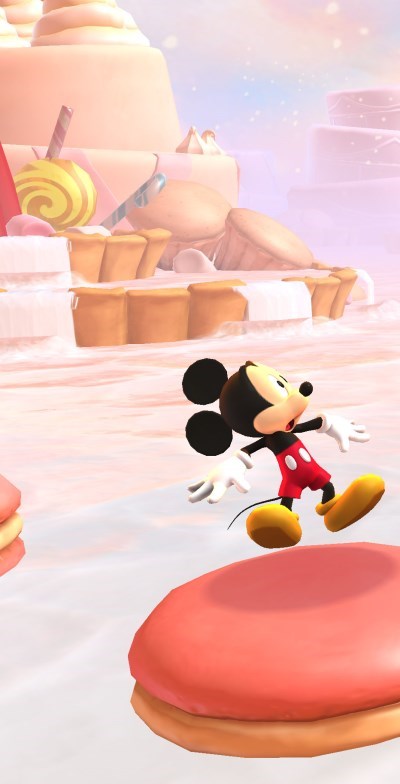 From that point on, Castle of Illusion changes perspective constantly. Most levels will begin as 2D platformers but smoothly shift into a 3D maze or a towards-the-camera chase sequence. The game constantly changes not just how you're viewing it, but what kind of activities you're performing. It isn't challenging or groundbreaking, but the game is so open to transformation that I found myself helplessly rapt — and I found I was able to switch from platforming in different dimensions just as smoothly as the game. 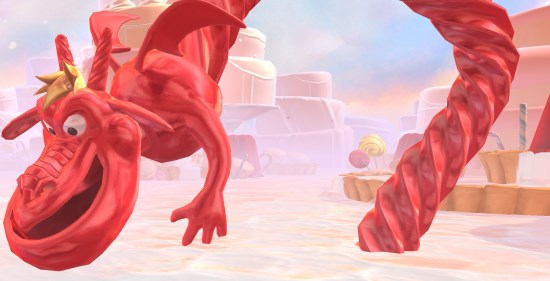 Boss battles at the end of each level are the only rough patch. They each follow an offensive pattern to avoid until they're open to attack, and take as many as six or seven hits to take down for good. But their patterns change slightly after each attack, and on several levels, I often whittled a boss down to one point of health left and then died to a new or revised pattern and had to start the whole sluggish fight over again. It felt punitive and frustrating.

A short running time may be the only element that Castle of Illusion lifts wholesale from the original. I finished the game in just over three hours, and it doesn't have a lot of reason to return aside from collecting gems you missed or rerunning levels as time trials. Though its unwillingness to repeat tricks in order to pad length is one of its greatest qualities, I was left wanting more.

Better to be left wanting than bored or frustrated with what's there. Outside of its annoying boss battles, Castle of Illusion never wanders too close to the unforgiving nature or archaic design of retro platformers. It takes cues from its source material but isn't chained down, unwilling to tweak the gameplay or toy with expectations. It's the best kind of remake â one that stands on its own as a good game with or without admiration for the original.