Scribblenauts Unmasked: A DC Comics Adventure is a superhero game with a very light touch.

The Scribblenauts series has always been about establishing bizarre puzzles and giving the player freedom to create the craziest solutions. Unmasked continues that tradition, with an added emphasis on story and character, lent by the heroes and villains of the DC universe. It's a pleasant evolution of the Scribblenauts formula and a surprisingly good superhero game that serves fans of both properties with excellent puzzle design and buckets of fan service. Unmasked only stumbles when it throws players into overly-obtuse situations.

You play as Maxwell, a kid with a magic notebook and an overactive imagination. Whenever Maxwell writes something in said notebook, it appears in the world. This power — along with sister Lily's magic globe — lands them in the DC universe, to fight villains and rub elbows alongside the likes of Batman, Superman, Wonder Woman, the Green Lantern Corps and just about every other A-lister across the major DC properties. You don't need to be a DC superfan to enjoy Scribblenauts: Unmasked, but the plot contains plenty of subtle nods and in-jokes, so it helps to at least have a passing familiarity.

At its core, Scribblenauts Unmasked is a 2D action/platformer with a heavy emphasis on solving puzzles via your notebook powers. You can write in any object or creature you desire, modify it with adjectives, and let fly with the results. In this edition, you also have access to a massive compendium of DC heroes, villains and objects, which you can spawn into most situations. These powers are essential to making your way through Scribblenauts Unmasked's world, which is set in discrete stages themed after famous locales from the comics.

In each stage, you can run free and accomplish mini-sidequests — one-off puzzles that yield "reputation points" — or go right for the story missions. Story missions are the main attraction — always starring a DC mainstay and his/her arch nemesis, these are short but challenging sequences that represent Scribblenauts Unmasked's best puzzle design. In one early scene with Superman, I had to lure a kryptonite-enhanced enemy off of a building, and then beef up Supes' resistance to radiation as he fought off Lex Luthor. In another, I had to wear a dapper suit and infiltrate a party at Wayne Manor to help snuff out Ra's al Ghul. These core challenges highlighted 5th Cell's skill in adapting DC characters to the anything-goes nature of Scribblenauts' puzzle design, and they were consistently the highlight of my playthrough.

While story missions always propelled the narrative forward, I also enjoyed my time kicking around stages and solving the quirky challenges that came up along the way. I solved riddles posed by Edward Nigma and lured Catwoman to a set-up heist in Gotham City, ran errands in Metropolis and flew through an 8-bit maze in Oa. These quests reset every time I spawned into a level, so there was always plenty to do. 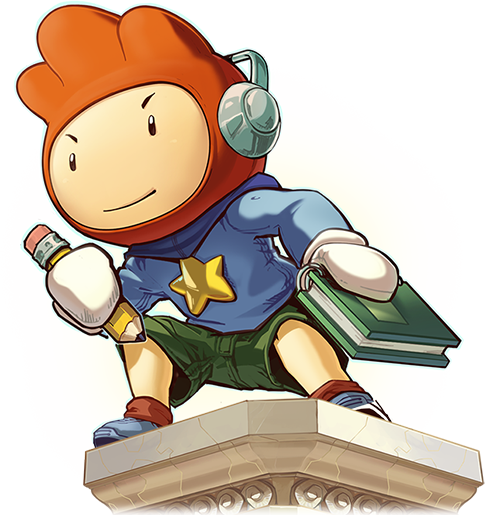 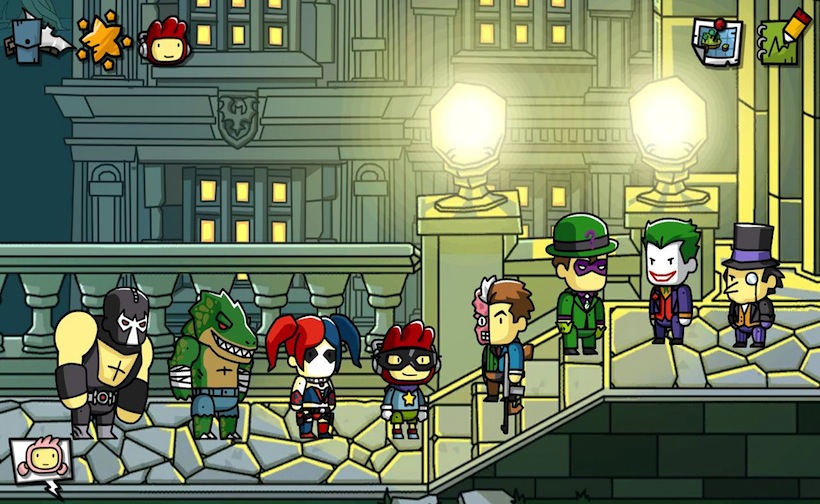 It's a good thing these levels are so imaginatively designed and full of interesting tasks. You need plenty of reputation points to unlock new stages, so I spent the majority of my time cleaning up the streets. It wasn't a problem, but it did make Scribblenauts Unmasked feel more padded than it strictly needed to be. 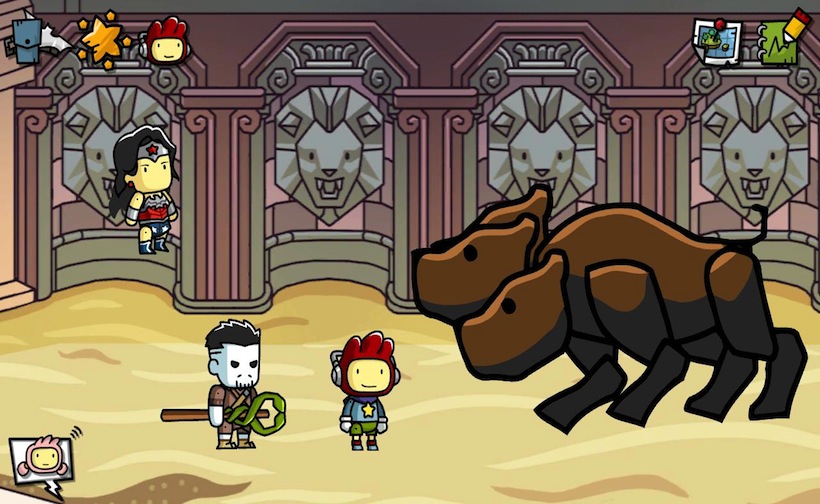 For the most part, puzzles are exercises in absurd problem-solving, with solutions as varied as the scenarios themselves. Often, calling up a ridiculous creature like a sea monster or giant velociraptor is just as effective against enemies as are more traditional weapons like swords or machine guns. And there's always a sense of satisfaction that accompanies a successful out-there solution.

Scribblenauts Unmasked's cutscenes are actually quite good. With decent writing, a fair share of sight gags and an overall consistency with each property — no guns for Batman, for example — they work to sell the story. But they are also unskippable, which was a major annoyance when I faced certain challenges multiple times. After a point, I really didn't care about Aquaman's stupid problems. 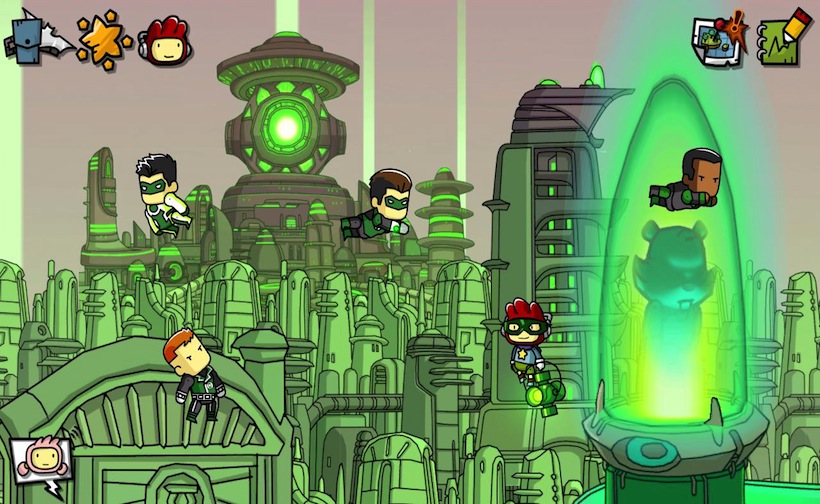 But Scribblenauts Unmasked's bizarre logic is occasionally impenetrable. During one story mission, I was tasked with stealing Ocean Master's trident. Even when I turned myself invisible to try and nab it, he could magically "see" me and kicked me away. In another scenario, I had to help Superman withstand radiation. A "radiation suit" yielded a tux with a toxic green glow. No matter how logical — within the game's context, that is — my actions were, none of them worked until I stumbled onto a "correct" solution.

Scribblenauts Unmasked isn't stingy with solutions — often, my more creative impulses worked and got me the results I wanted. But the obtuse solutions were a drag on what was otherwise such a light-hearted, improvisational experience.

Scribblenauts Unmasked let me go wild in the home environs of some of my favorite superheroes. I rode a giant spotted T-Rex in Metropolis, and flew around in a winged bathtub all over the Joker's Lair. That freedom — and the majority of the puzzle design, which supports it — made Scribblenauts Unmasked a pleasure, even when it stumbled on the occasional cantankerous solution.