The cult of the cookie clicker: When is a game not a game?

Share All sharing options for: The cult of the cookie clicker: When is a game not a game?

In the free game, players have to click on a cookie to produce a cookie. Those cookies can, in turn, be used to increase cookie production through the purchase of virtual grandmas, farms, time machines and the like. There is no goal in the game beyond producing cookies at an ever increasing rate. My game, for instance, currently produces a smidge more than 28 billion cookies a second.

What makes this particular web-based game so intriguing is that once a player purchases the first in-game item the game can play itself, producing cookies with no interaction. Despite the fact that Cookie Clicker only requires 15 clicks to become a game played by a computer on a computer, it has found a obsessive, increasingly large fan following.

Cookie Clicker has already spurred fan videos, latte art, a special controller and not a few tweets from obsessed game developers, including one from the man behind Minecraft.

Orteil, whose real name is Julien Thiennot, told Polygon that the success of the game is allowing him and a friend named Opti to create a new studio that will focus on making more of their creations. Though he shies away from calling himself a game developer. Instead, Orteil says he makes experimental prototypes.

"I'll put an idea into code in a few hours and put it online," he said. "If it gets enough attention and good feedback, I keep adding to it for awhile or I overhaul it into a real game. I can get some fun concepts out pretty quickly that way."

A player can dig all of the way down to the thought "This scent is good" in the mind of a wild horse living in the kingdom of Azleklym on the planet of Telluric.

His previous concepts, while not as popular, also challenge the definition of video game.

In Nested, for instance, players click on a word to open up related subsets. The goal was to create a nested view of the universe and everything. The game starts with the word "universe." When the word is clicked it opens into ten "galactic superclusters." A player can dig all of the way down to the thought "This scent is good" in the mind of a wild horse living in the kingdom of Azleklym on the planet of Telluric.

Ortiel describes what he creates as "non-games."

"Nested has pretty much no interactivity, and Cookie Clicker almost plays itself; the rest are mostly just random generators," he said. "Then again, if you're having fun using them, isn't that kind of a game?"

The idea of deconstructing a game to its basic elements isn't new.

ClickQuest, for instance, pulls apart the tenents of a massively multiplayer online game, leaving just the clicking. There are no graphics, just the ability to level up your unseen character through clicks.

"Players chose a color at the beginning of the game, and then have the ability to choose a lighter or darker version of their color at level 50," developer Chris Gamble said. "At level 75 they can change their color to any of the available options at will. These are the only benefits from leveling, apart from bragging rights."

Gamble said he created the game in 2010 in response to a Youtube video that jokingly referenced a game that was just counting clicks.

"To me it is a satire of how MMOs can be reduced down to clicking for levels with only minor benefits and people will still play them," he said. 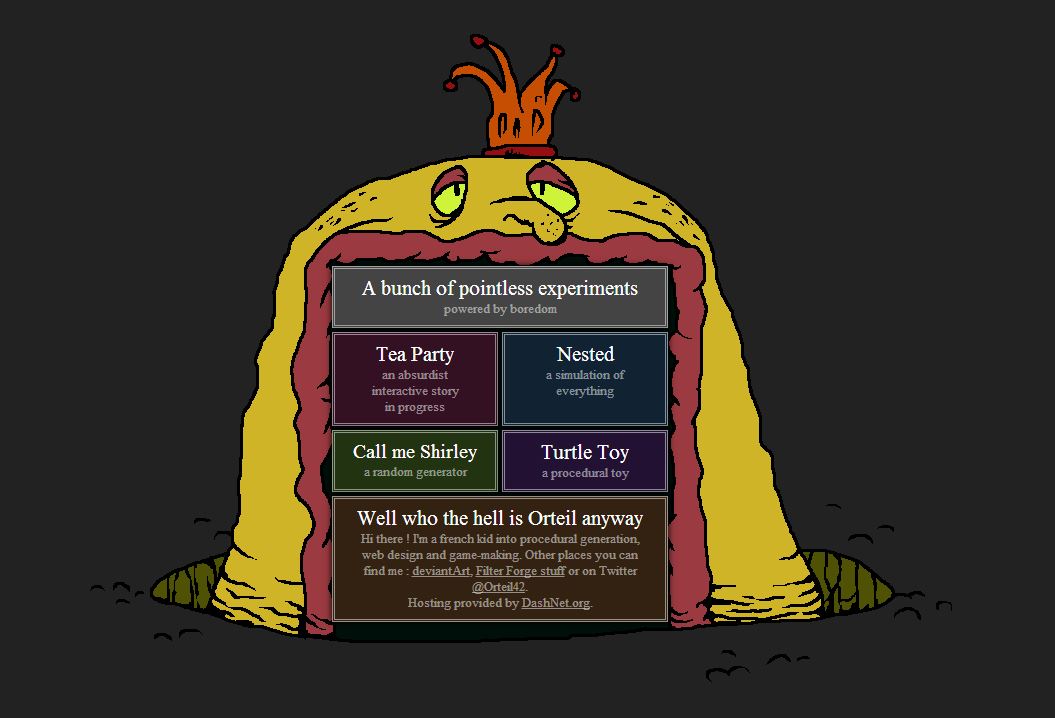 Ian Bogost, video game designer, critic and researcher at Georgia Institute of Technology, created his own take on clicking games in 2010. Cow Clicker, which had players simply clicking on a cow, was designed as a sort of response to the popularity of Facebook games like Farmville.

"The idea was, what are these Facebook games?" he said. "Can I distill them to their essence and make sense of it, but not by writing about them, but by making a game?"

Bogost sees Cookie Clicker as a game created for a computer, not a person, to play.

"Maybe we've gotten to the point where our computers have broken free to some extent," he said "They have their own little social networks and now they have a game. You can almost see Cookie Clicker as a pique or a catalyst for that conversation."

The compulsion some have to interact with Cookie Clicker, when interaction isn't really necessary, is likely tied to the love of the click, Bogost said.

And there's a history there.

"You can make take the clicking game back to those pedagogical roots," he said. "Clicking games have a lineage.

"Maybe we've gotten to the point where our computers have broken free to some extent," he said "They have their own little social networks and now they have a game."

"It's definitely something people like. When you can make something happen, when you can have agency, that feeling is powerful and ennobling."

Orteil seems lost in the success of his non-game.

People and computers keep clicking his cookies and as long as they do, he plans to support them. Right now he's working on adding new content to the game and bringing it to the smartphone. While the game is still about clicking on cookies, Orteil included a sort of sub-plot about the rampancy of super-charged, space grandmas. He also plans to start creating dungeons in the cookie mines of his game.

He says the game isn't really meant to be a statement in itself.

"But I suppose you could draw some conclusions about its popularity and the nature of video games — some of which, unfortunately, would be rather cynical," he said. "I think what draws people in is simply the idea of accumulating large amounts of things over time —  cookies, gold coins, experience... As the players gain more stuff, they feel less and less like quitting because they'd have wasted all the time they've invested into it. As with MMOs though, there almost always comes a moment of "sudden clarity" where the player realizes how pointless it all is, and decide to leave the game (at least until the next update !)."

Orteil says he's thought about all of the computer processing wasted on crunching cookies, about 9,000 people play the game at any given time. The idea that a computer left to its own cookie-clicking devices could be better used doesn't bother him too much, though he's played around with the idea of creating a game that can be used for scientific research as well.

"If only to atone for all of the CPU cycles that have been lost to cookies," he said.