During a recent hands-on session with the iOS and Android tablet game, we were able to experience both the defensive base-building mode and the offensive asynchronous multiplayer mode. In the former, we were able to build a piggy bank and ticket machine, which generates in-game currency based on a timer, set the path to our base and line it with defenses. We had upgradable turrets at our disposal and could use a combination of anti-air and anti-ground units, all of which are upgradable up to 10 levels. We could also set bubblegum on the path, which inflicts damage on plush-type units.

In the multiplayer mode, we were matched with another player and had to take down their base using our offensive units. Both offensive and defensive units come in the form of cards that can be acquired through booster packs. Players can spend tickets to buy booster packs, and every pack will come with a random combination of plush toys, beast units (plastic toys), robots and defense units, and every card will have a different level. 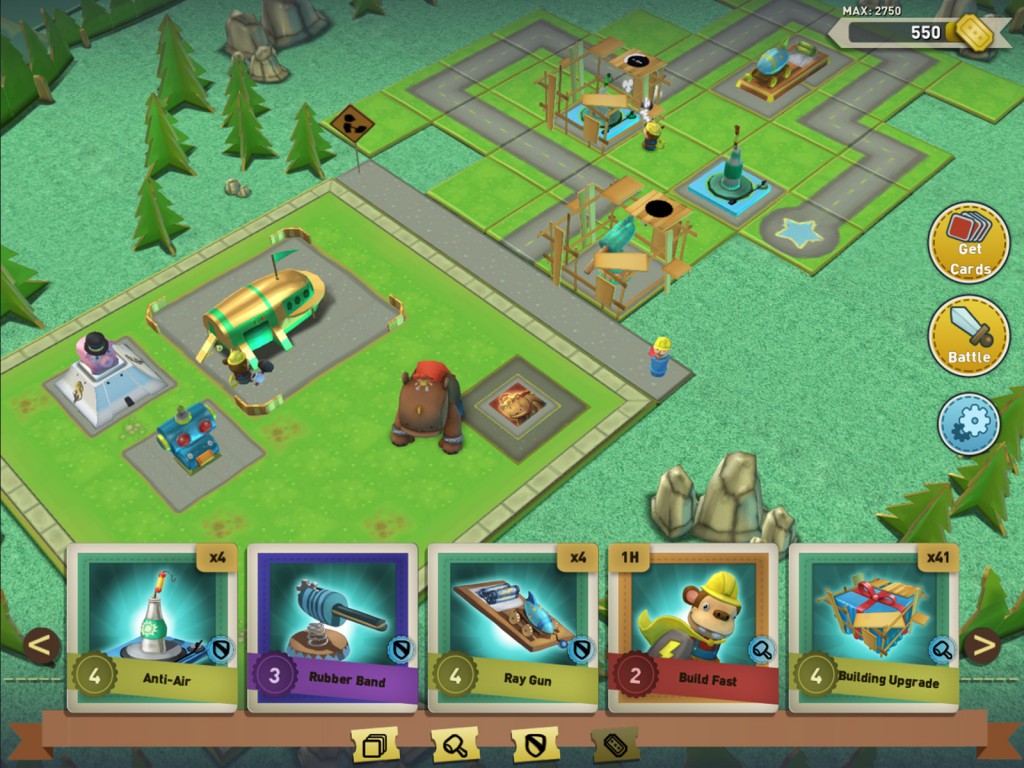 There's an enormous amount of strategy to the game. When players bring their deck of toys into an offensive battle, they can determine the order that the cards will be played. Once the deck order has been determined, players just have to tap on the deck for the top card to spring to life in the form of an adorable animated toy. There's a rock-paper-scissors element to the game, so players will have to read the opponent's path, see what defenses they have in place and determine which toys they should send out and in what order.

In one of the matches we played, the path that we had to walk to get to the enemy base was lined with bubblegum at the very beginning, so when we sent our little plush toys in, their fuzzy bodies bounced right into the gum and took extensive damage. By the time they arrived at the enemy's turrets, they were so weak that they were immediately taken out. Plastic and robot-type toys are resistant to bubblegum, so sending them in first meant that they would be able to get further and clear the path of turrets for the plushies.

Within the toy types there are also classes. For example, toy squids are melee tanks, and there are also healers within the deck. Players will also have super toys, which are persistent cards that can be upgraded and can perform significant damage on the enemy's defenses. In the match we played, our super toy was a giant teddy bear.

Toy Rush will launch on iOS and Android devices later this year.