Killzone: Mercenary is the fulfillment of a dream Sony has promised since the launch of the original PSP.

Sony has always sold its handheld hardware on the idea of creating games that perfectly emulate what's possible on a dedicated console. Arguably the first game to truly deliver on that vision, Mercenary has all the bullet points you'd expect from a AAA PlayStation 3 game: gorgeous visuals, sophisticated gameplay, a deep multiplayer mode.

For as much as it effectively imitates a console game, Mercenary's Killzone-styled deliberate gunplay doesn't gain anything in the transition to handheld ... and it loses just enough to make it a questionable move.

Against all odds, Mercenary's plot held my attention

Killzone: Mercenary is set alongside the events of the console Killzone games, following mute protagonist Danner as he navigates the murky sidelines of the ISA war against the Helghast. Rather than another adventure from the perspective of an ISA grunt, Danner is a gun for hire, happily serving whatever side will pay the most money. Throughout the single-player campaign's five or six hours, various twists place Danner at many different angles in the war. 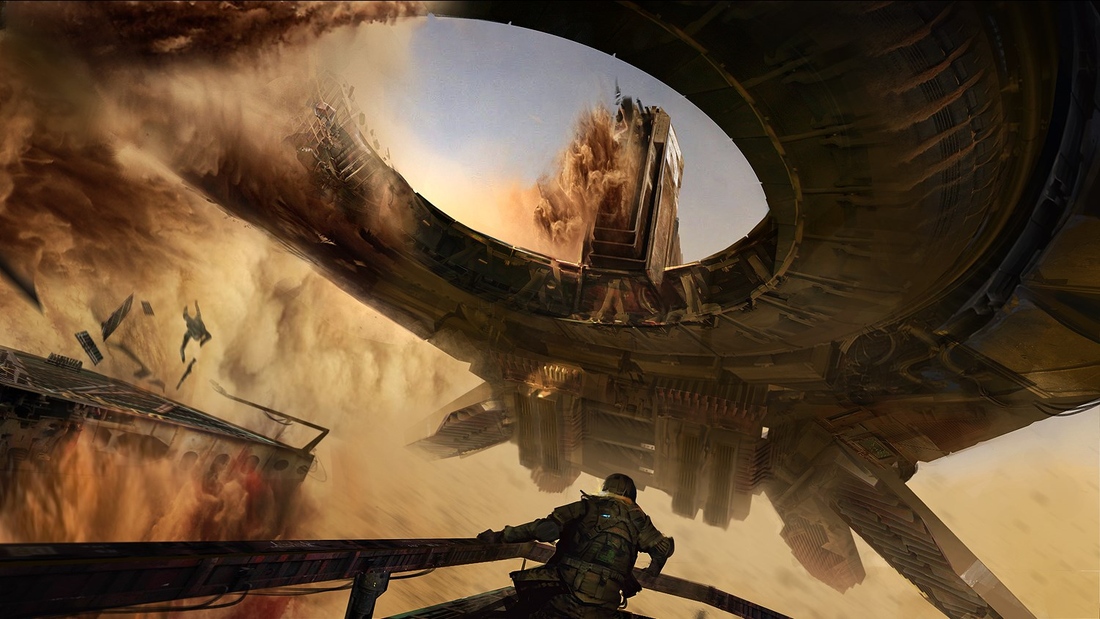 Against all odds and despite the need for some serious suspension of disbelief, Mercenary's plot managed to hold my attention. Not much time is devoted to the story, but the few cutscenes and scattered moments of dialogue are used wisely to build a plot that's familiar but still entertaining. The characters are recognizable archetypes — the grizzled veteran; the general who's gone too far; the innocent young boy — but they're well-drawn and keep the game moving.

Mercenary uses its freewheeling main characters as an excuse to jump between a lot of locales, with about as much variety as could be hoped for from Killzone's bleak worlds. But whether you're raiding an embassy to rescue hostages or shutting down a refinery powering a giant Helghast weapon, the gameplay rarely expands beyond point and shoot. Mercenary also takes away player control during some of the coolest moments, leading to a frustrating feeling that you're watching an action movie unfold as often as you're actually playing.

When you do have control, Killzone: Mercenary's shooting is almost identical to its console counterparts, but there are tiny issues with the controls that become more bothersome as the game goes on. Since the Vita has less buttons at its disposal than a PlayStation 3 controller, the series' traditional control layout has been flattened in an awkward way. Most notably, sprinting and taking cover are mapped to the same button depending on whether you're in motion when you press it and how long you hold it. This led to many situations where I intended to duck behind a barrier and instead jogged into it while an enemy across the map continued shooting me in the head. 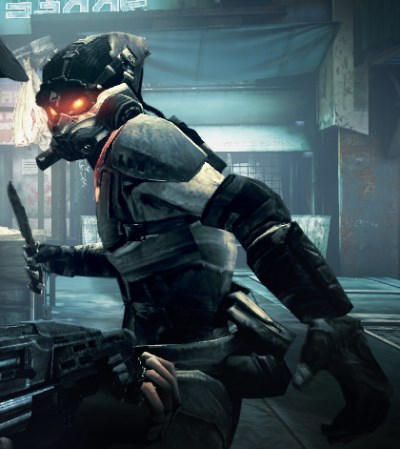 Mercenary also incorporates stealth, but it's marred by an obligatory, annoying use of the Vita's touchscreen capabilities. Sneaking up on an enemy and pressing the melee button will activate a special kill animation, prompting you to swipe across the screen in various directions. Some special opponents require multiple swipes, allowing you to interrogate them for bonus intelligence before you kill them. The touchscreen stuff is off-putting in general, but it was especially painful in tense situations when I tried to navigate an area with multiple enemies. Taking my hands off of the primary controls, however briefly, left me flustered and often screwed up otherwise perfect stealth runs.

Mercenary's one major disconnect from the console Killzone games comes in the form of Blackjack, a shady black market arms dealer who allows you to purchase weapons and ammo and customize your loadout between levels. Every headshot, stealth kill or bonus objective completed earns you "valor," the game's jingoistic currency. This system encourages skilled play, but Blackjack has such an overabundance of options that I often found myself sticking to whatever he had on sale, afraid to potentially waste my money on an experimental purchase that I might dislike. 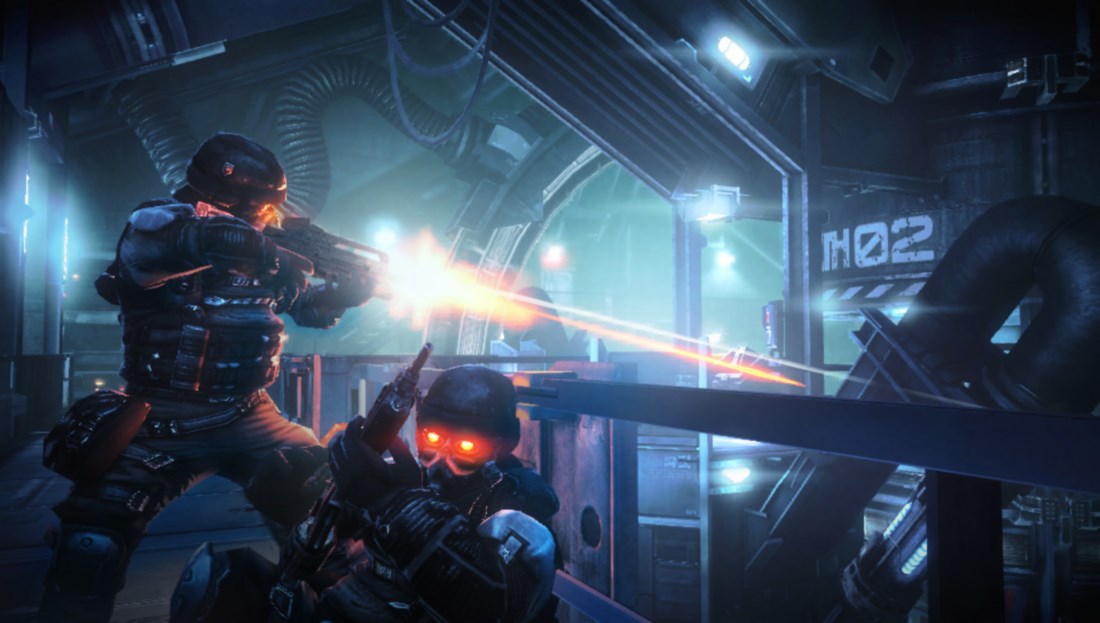 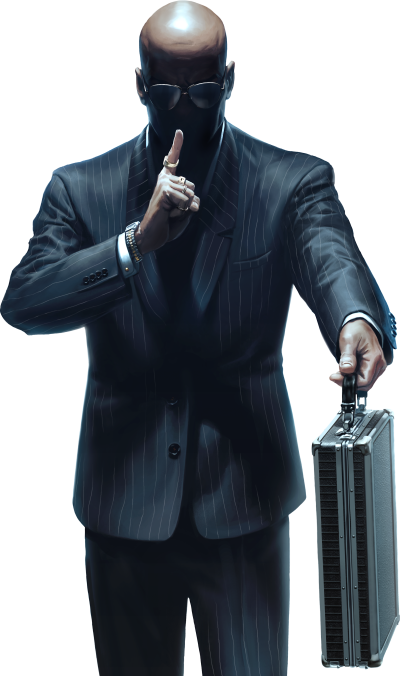 Blackjack purchases also carry over to online multiplayer, which is where serious Killzone fans will probably want to spend most of their time in Mercenary. The online multiplayer includes deathmatch, team deathmatch and the series' popular Warzone mode (a team-based mode where objectives rotate as the match progresses). Players rank up and unlock extra loadouts as they progress, and skilled play also earns cards that showcase your improved performance.

It's a full multiplayer suite of the kind we've come to expect from console shooters, but it remains to be seen whether the much smaller Vita audience will be able to keep a large pool of players engaged long enough for that to be meaningful. In my brief time with the multiplayer prior to and immediately following the European release, it's been difficult to pull together a full eight-player game. More concerning, many of the multiplayer matches I've made it into have been suddenly cut short when I've been booted from the game due to "latency issues." A giant day-one patch provides "stability fixes" that may lessen this problem, but it hasn't disappeared altogether.

Even during those rare full games, Mercenary's maps don't seem particularly well-designed. Multiple floors are often stacked on top of each other and walkways loop around in byzantine patterns that can make finding other players or objectives confusing. The game does a good job of herding players to specific chokepoints by way of airdropped special weapons that need to be picked up, but I can't imagine memorizing any of these maps the way I have with my favorite shooters.

Killzone: Mercenary looks and acts just like its namesake but is missing a sense of purpose

Killzone: Mercenary suffers from a sense of anti-climax. This is the game Sony has been trying to sell the Vita and PSP on for nearly a decade. Occasionally awkward controls and convoluted map design aside, it accomplishes the goal of seeming like a big, fun, explosion-packed, AAA shooter. But that's it.

As a mercenary, it becomes clear that Danner's goal is not to help end the war one way or another but rather to perpetuate it endlessly, guaranteeing that he always has work. That's what Killzone: Mercenary feels like: business as usual.