Memoria is an accessible, well-designed adventure.

The follow-up to last year's Dark Eye: Chains of Satinav, Memoria manages to capitalize on its predecessor's strengths — gorgeous art, interesting characters and enticing puzzle design — and irons out the annoyances. The result is a classic point-and-click adventure with a challenge level that hits the "just right" sweet spot and a cast of appealing characters that made me want to solve their problems.

Memoria co-stars Chains of Satinav's protagonist, Geron — a sarcastic bird-catcher still reeling from his previous adventures. Geron is searching for a spell to help Nuri, his fairy companion, survive the effects of a tragic transformation.

Geron leads half of Memoria, while the rest belongs to Sadja, a deposed princess from 450 years in the past, as she adventures across the land to join a magical army. These stories are intertwined, and Memoria transitions back and forth between them seamlessly. 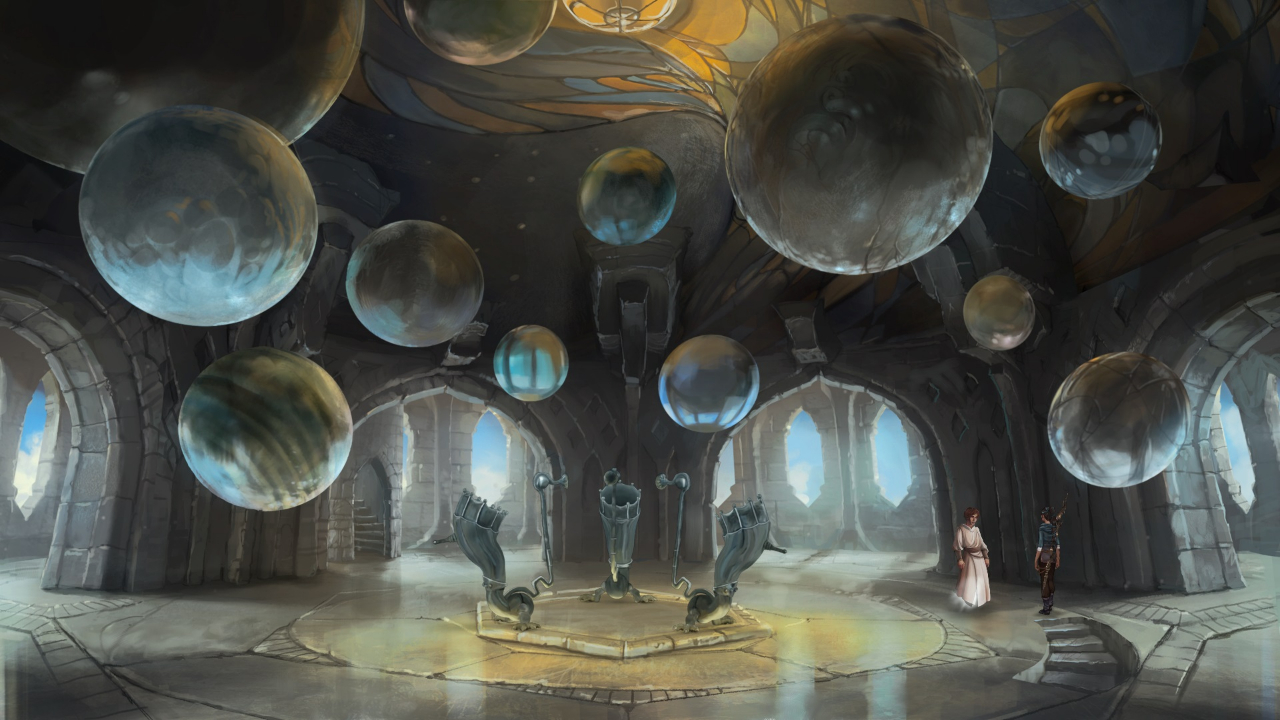 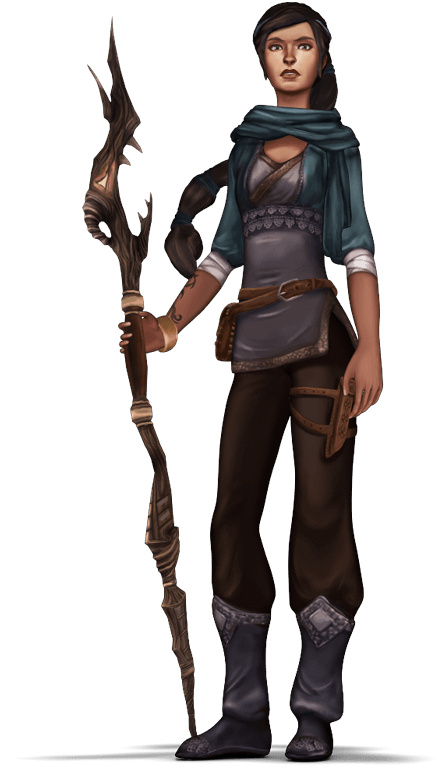 Both Geron and Sadja are well-written and appealing. They have a wicked sense of humor that keeps the tone just this side of tongue-in-cheek. The leads are empathetic, and kept me interested in the adventure even when I occasionally lost sight of the main plot. 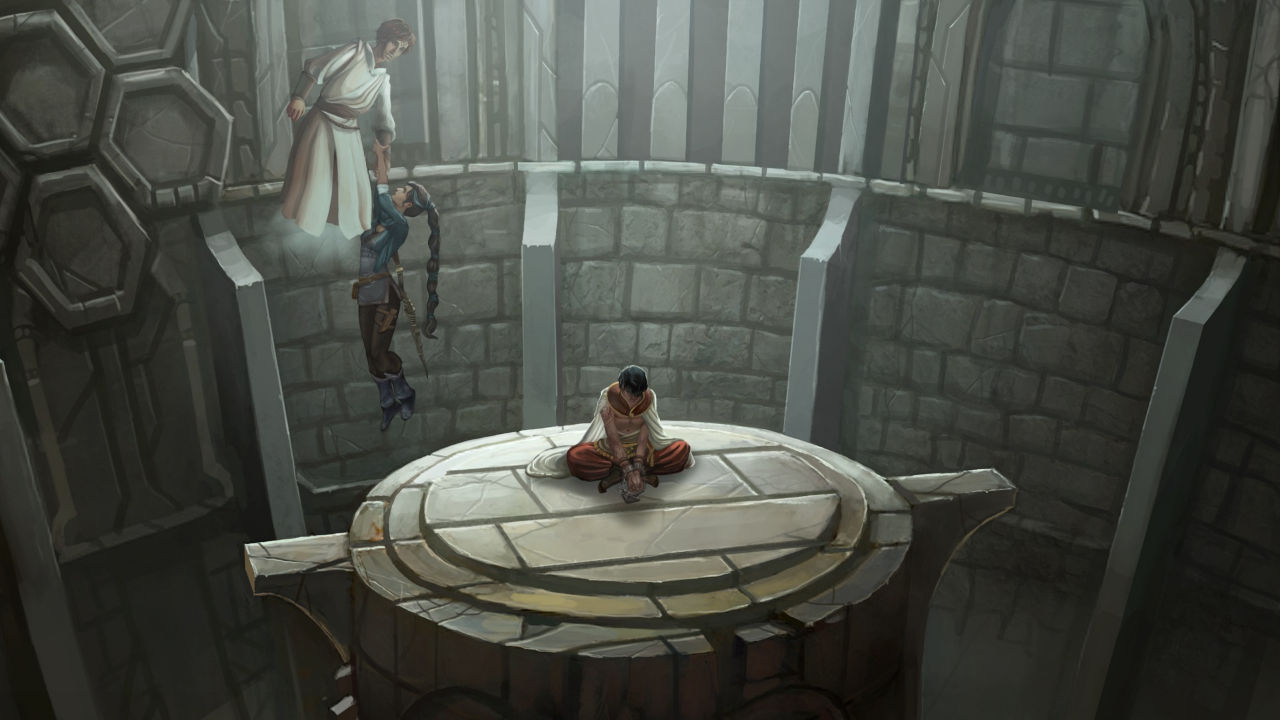 Memoria's female characters are particularly well-realized — Princess Sadja is a fierce, brilliant young woman, making her way in the world through cunning and courage, and Bryda, a supporting character who helps Geron solve the mysteries about town, is a badass young magician, one of the best and brightest apprentices at the magic school located in the town. Geron supports this, noting that women have only been accepted in the academy for a short time, so Bryda must be especially awesome for making a splash so quickly. Nuri is somewhat incapacitated, given her current form, but she is still presented as a helpful, capable person. It's refreshing to play a game based in a fantasy universe with strong, likable female characters, characters that have agency.

Memoria's gameplay is less progressive, a classic point-and-click adventure with a standard inventory system and puzzles that rely on your intuitive grasp of the items and environments. Both Geron and Sadja have a limited number of magic spells that are built into your inventory, and the modern nicety of hitting spacebar to highlight all hotspots has wisely been included. 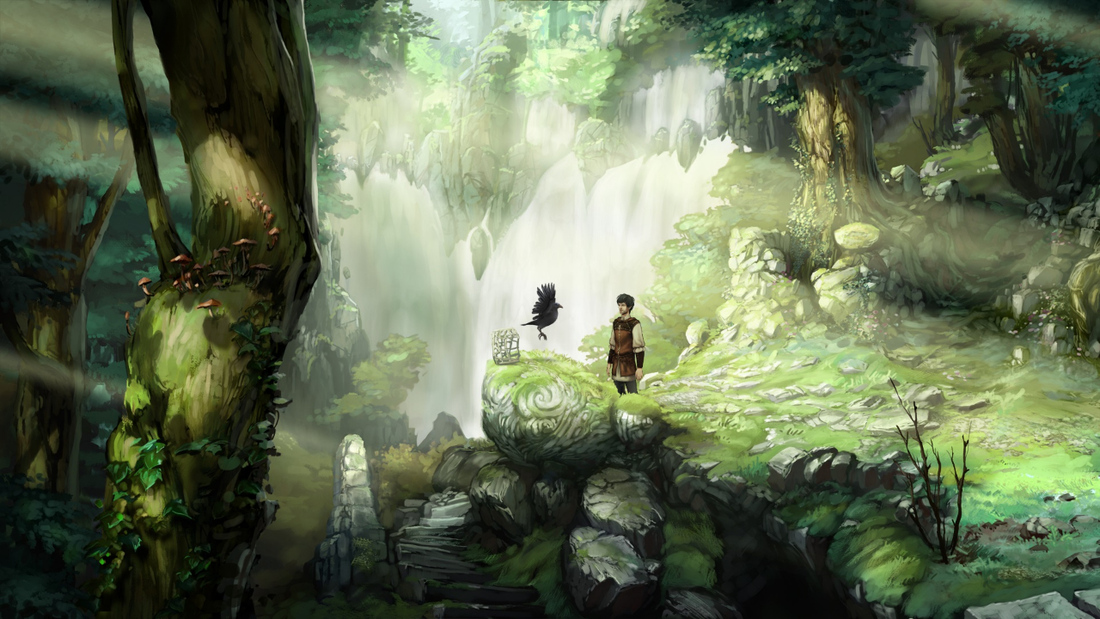 With gorgeous, hand-drawn fantasy backdrops and detailed characters, Memoria's aesthetic is colorful and evocative, suiting the high fantasy universe. The sound design is excellent throughout, and even the voice acting is consistently very good (with one minor exception).

The puzzle design is consistently creative and well-executed. While Daedelic has struggled in past games with solutions that were maddeningly obscure, the brain-teasers here feel just right. Nothing is too easy — you have to work for your "aha" moments. But every puzzle fit the context of the world, and there were always enough environmental clues to keep me on the right trail. One had me running around trying to figure out how to forge a ruby to set a trap for a demon, while another had me reanimating giant stone hands to grab a key in a dank burial chamber.

A useful quest log system helped me keep track of current objectives, and an optional hint could be uncovered for each task when I did get stuck. This, combined with the "combination helper" — a system that helps determine which objects can successfully be used on others — make Memoria refreshingly accessible. The game never gives away solutions (that would spoil the fun), but it keeps things moving and allowed me to fully enjoy the clever puzzle design with minimal frustration.

Memoria is an accessible, well-designed adventure.

I cared about Geron and Sadja and Nuri, and actively wanted to see them through their adventures. Memoria shies away from too-obscure riddles, keeps things just accessible enough, and has an appealing cast set in a rich fantasy universe. It proves Daedalicâs skill with the genre, and its confidence in perfecting the formula.

Memoria was reviewed using code provided by the publisher. You can read more about Polygon's ethics policy here.