The old-fashioned eye test wallchart is slowly being replaced by something that users say is more effective and way more fun; a video game.

Gamification, which once wowed the mighty global brain-trust of TED has been redefined, by some, as merely a sub-component of marketing, a simple case of psychological reward mechanisms.

Games that help us to love our subway platform cohabitants or teach us to navigate supermarket aisles efficiently may well be intellectual fancies. And yet, the notion that games make tedious chores more fun and more effective is not going away. Neither is the idea that games can make us healthier and can make the world a better place.

Rarely is this more apparent than when dealing with children. One product that is sweeping aside its analog, non-interactive predecessor is a game that replaces the plain old schoolroom eye test.

EyeSpy 20/20 from non-profit Visionquest is a treasure hunt game in which kids spot shapes, numbers and letters as they show up on screen, increasing and diminishing in size, changing color, playing hide and seek. It replaces the system in which a child sits on a seat and reads out static letters on a white board, taped to a wall. 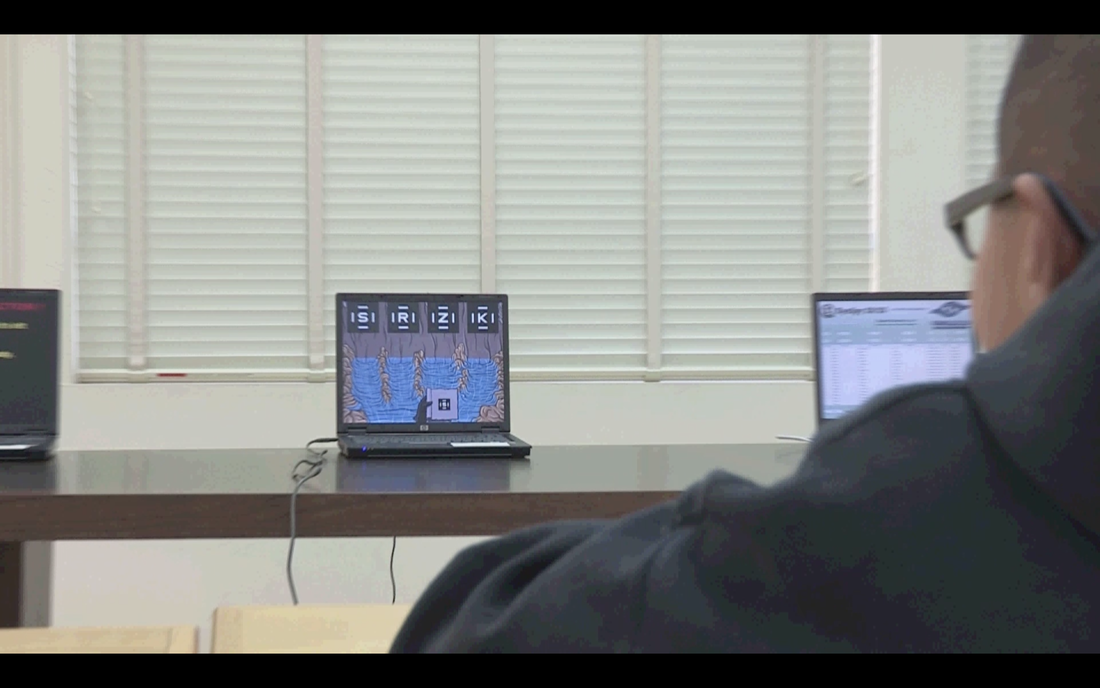 You might be forgiven for thinking that a bunch of letters attached to a wall would be a significantly cheaper system for testing vision, than a Windows game. You'd be wrong. Eye tests, the ones that have been with us for 150 years, require trained technicians. The old system is also notoriously unreliable. Children are likely to swivel on their chairs, find some other thing in the room to hold their attention, or just plain fool around.

"The game is fun," said Richard Tirendi, CEO & co-founder, of Visionquest. "It's customized based on the child's age. It's randomized, the letters and the shapes and symbols are all age appropriate."

The test takes just a few minutes. Each school pays an upfront site-license of $3,800 plus $800 a year for updates, like game peripheral spectacles, eye-patches and statistical analysis. This may seem like a lot for a simple arcade game on Windows. It works out, in most schools over a few years, at about $2 per child per test, which Tirendi claims is ten times less expensive than alternative methods. 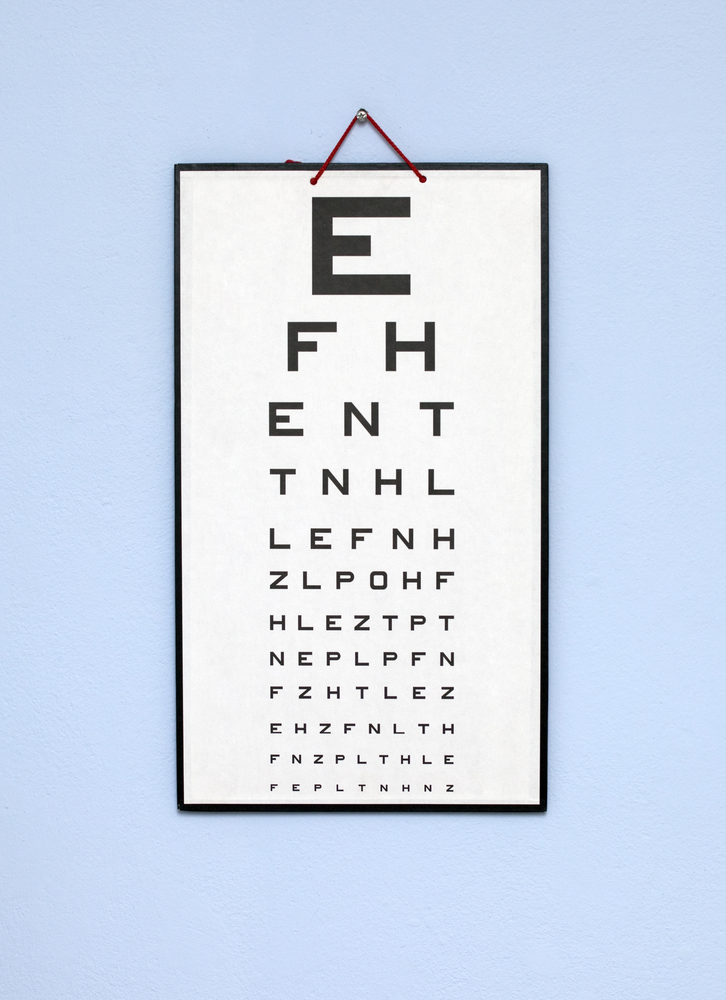 "We've been using it for three years," said Tiffany Vogel, head nurse at Sevilla Primary School in Phoenix, Ariz. "When we were using the standard charts we found the kids were extremely bored. With this, it's a game, they're engaged and they don't even realize they are being tested.

"We use it right through sixth grade. The older ones think they are so smart and they can beat it and the younger ones just enjoy the graphics."

Vogel said that, in her experience, the game is way more efficient than the previous tests. "With the old charts, kids are bored, they take their time, the speed of it means nothing. Are they having trouble seeing it, or are they just really playing around with us?" she said. "With this they are all into it and there is no hesitation. If they are taking a longer time, we know the brain is not acting as fast as it needs to. It's a wonderful tool."

The graphics were created by Carnegie Mellon University in Pittsburgh, Pennsylvania under the supervision of Randy Pausch, who you may recall as the professor who gave the inspiring 'Last Lecture,' before his retirement due to the pancreatic cancer that killed him in 2008. Pausch had been attracted to the idea of a game-based eye test, because his daughter was affected by strabismus, commonly known as cross-eyes. 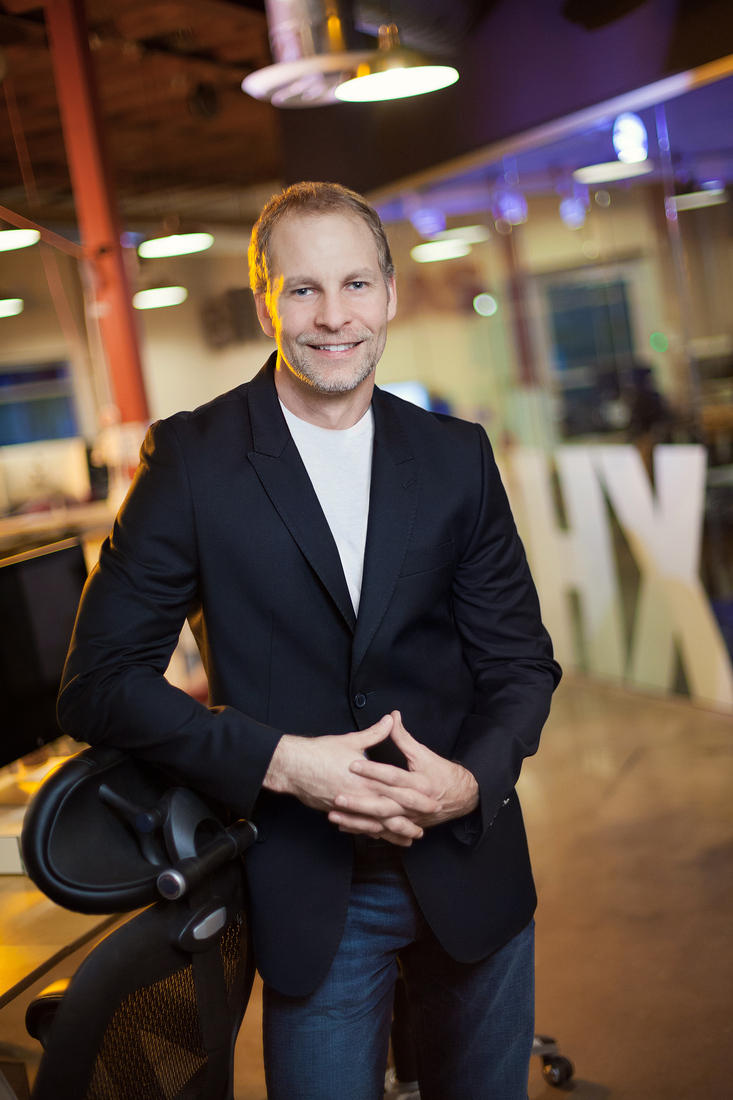 Tirendi (pictured), a technology entrepreneur, was also inspired by personal experience. "When I was four years old, I woke up one morning unable to see anything," he said. "I was blind. It was terrifying to me." He had a viral infection that caused a loss of sight for a few weeks.

"I had no idea that it was temporary. I remember how afraid I was, so this became a calling for me, a unique opportunity for me to apply my business and technology expertise to the concept of developing a technology that would overcome the social and psychosomatic barriers associated with getting vision tested."

His partner is pediatric ophthalmologist Doctor James O'Neil, who worked with Tirendi, because he believed that current testing systems were allowing too many children with vision problems to go undetected.

Games can do a surprising amount of good

"Amblyopia or lazy eye is the leading cause of monocular blindness in persons under 45 years of age in this country," said Tirendi. "There are five million people blind in one eye in this country due to undetected amblyopia. The heartbreak is, it's easily preventable. If you can find it by age nine, you patch the strong eye, and the weak eye will adapt. Fixing it is not the problem, finding it is, and this game does just that. The nurses love it, because it's so easy to use, and the kids love it, because it's fun."

So far EyeSpy 20/20 has been bought by about 300 schools and has tested 200,000 children. "We're just getting started," said Tirendi. He said that a game-based eye testing solution should be available to all children in America. "It's obvious that children love games, but it was an epiphany to me that a game could do some good in this specialized area," he said. "This video game can detect anything that adversely affects a child's ability to see, in about three minutes."

Games won't solve all the problems in the world, but for some chores, they can do a surprising amount of good.