Opinion: How Microsoft learned not to lose its trousers

Share All sharing options for: Opinion: How Microsoft learned not to lose its trousers

One of the biggest challenges facing Microsoft's Xbox One strategy is its plan to make money on every console sale, something the company hasn't tried at launch before.

Microsoft suffered massive losses year after year following the launch of its Xbox 360, estimated by some to have totaled as much as $3 billion. That was on top of the whopping $4 billion the company had lost on its original Xbox, which launched in 2001 and served the games market for a mere four years.

Around the time Microsoft had been in the console business for about a decade, including pre-Xbox development time, it had managed to mislay well over $7 billion. If you're looking for a point of reference, that's about the equivalent of building 30 well-equipped hospitals.

Microsoft understood the scale of its investment

The good news for Microsoft is that, since 2008, the Xbox 360 has been in operational profit. The machine is comfortably looking at another three years of cash-cow status. It has returned its investment, a happy ending to a tale of global mega-corporation ambition.

Those bold fellows who back in the nineties argued that Microsoft needed to be in the console games business have been proven right, although most of them have long since departed the company.

Of course, Microsoft knew the Xbox and the Xbox 360 would cost them at first.

The vast majority of those early losses went into subsidizing the cost of hardware units, which were sold at a loss, in the belief that profits would come from games sales and from ancillary operations, like apps and online services.

Microsoft now says it does not wish to play that game. It wants to make money from its consoles right from the beginning. 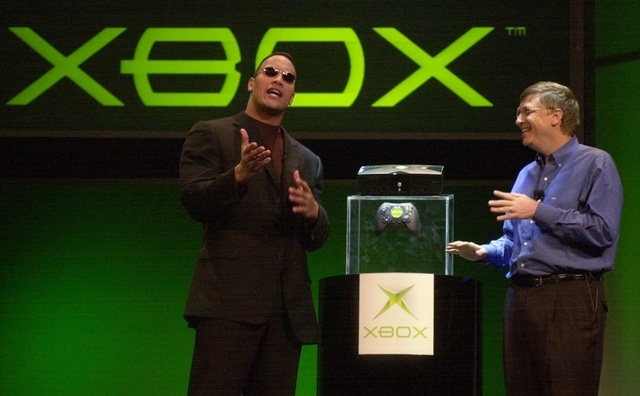 Microsoft's top brass signed off on the original phenomenal investment, and stuck with the plan even after the muted arrival of the original Xbox, based on an ambition to place the Microsoft brand as close to the television set as possible. They were persuaded that the company needed to be in the living room, in order to avoid marginalization to the vastly less interesting and less profitable office-den.

So it is that a company founded to provide operating software for IBM computers is now in the business of selling you Katy Perry songs, movies about ocean monsters and, of course, video games. Microsoft has achieved its ambition of being in the entertainment business, on the back of the Xbox brand.

Of course, it hasn't quite worked out the way those '90s gurus predicted. Back then, apparently sane people would actually use the phrase "owning the living room" as a business strategy.

They dreamed of owning the living room

Microsoft had chained itself to this bonkers idea that consumers would surround themselves with a Microsoft electronics-entertainment ecosystem that would do everything: record Seinfeld reruns, dim the lights, set the oven to pre-heat. I can recall sitting in the Palais des Festivals in Cannes, in the early part of the last decade, and hearing a long presentation about Windows Media Center (pictured below) and how this would all work, with Xbox and Microsoft Windows basically running our lives.

To be fair to Microsoft, rivals like Apple and Sony also labored under this sunny delusion. In the end, the scramble for the living room didn't work out, firstly because the idea is nuts, and secondly because these companies were always going to have to make some allowances for competitors, for operating standards, for consumer choice and for innovations. 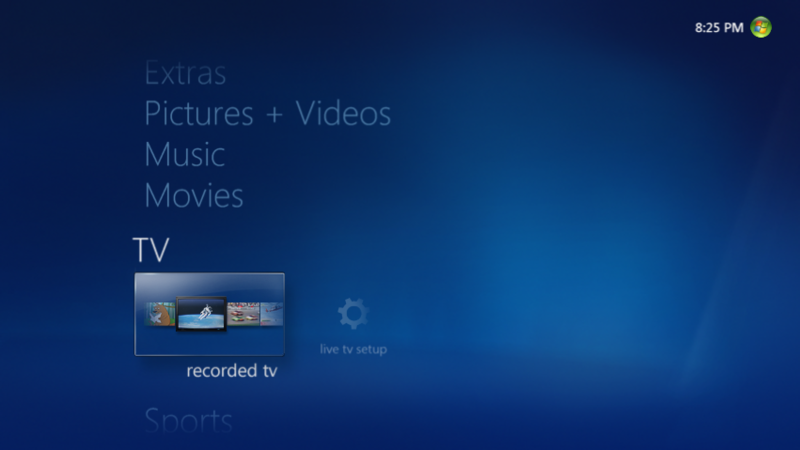 So it is that you own an Apple tablet, a Google phone, a Sony Smart TV, a Microsoft console and a Nintendo 3DS. They don't all work together, but, somehow, for you, they all work in harmony. You're even able to turn the oven on to preheat, without too much difficulty.

Shorn of its loony ambition to have it all, the new Microsoft has approached its Xbox One generation with a remarkable new strategy. The company says it will try not to lose money - nay, may even seek to make a buck - on each sale of its new console. Microsoft is no longer prepared to eat the cost of the hardware, in the hope that it can regurgitate profits further down the road through software and services sales.

Speaking at the Citi Global Technology Conference earlier this week, as reported by GamesIndustry, Microsoft's Yusuf Mehdi (pictured below) said that "we're looking to be break even or low margin at worst" on hardware sales, adding that more profits would come from Xbox Live and game sales.

There is a precedent for this novel approach. Nintendo has been doing it for years. The company manufactured games consoles, like it manufactured toys, to be profitable, immediately. Games sales were gravy.

Indeed, the idea of selling something at a loss would have probably caused the company's patriarch Hiroshi Yamauchi to break into a half-smile at the endless foolishness of the world. Only facing a disastrous launch of 3DS in 2011, did Nintendo finally venture down the rabbit hole, into the fairytale world of (briefly) selling stuff at a loss. 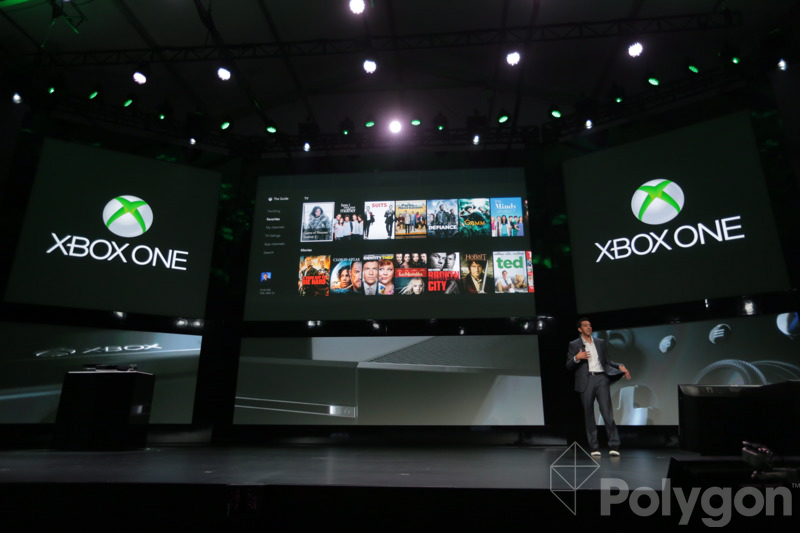 For 3DS, as with Xbox 360, there is a happy trend, in which components and manufacturing costs tend to drop dramatically, as a console becomes more popular. Prices drop, orders go up, manufacturing price comes down. No-one sells hardware at a loss, late in its lifetime.

But for Microsoft to do so right from the beginning is something new for the company. It shows a realignment of ambitions away from manic global domination towards something more measured and focused.

Arguably, it also represents a realization that the games console market is not, nor will ever be, as lucrative as it has been in the past. Ever-more sophisticated tablets, the rise of open-platform PC gaming, and the promise of smart TVs with games built-in, are all causes for concern for any console company that wishes to approach the 50-to-100 million units sold mark over a ten year dash, which constitutes success in this business.

This strategy also represents a risk. Xbox One's retail price is $100 more than its direct rival PlayStation 4. You can argue about the value of Kinect, built-in, and there may well be a free game on offer (FIFA 14, for European consumers). But a $100 differential, within which that precious profitable margin sits, is always going to be a good reason to consider PlayStation 4. Xbox 360 may have cost a lot of money to establish itself, but it did so, partly, by being less expensive than its rival.

There's always the grim possibility that Microsoft has learned the wrong lessons from the last eight years.