Ubisoft is reportedly working on a high-definition port of Assassin's Creed 3: Liberation and other digital titles including Assassin's Creed: Pirates, according to an image leaked on A9VG.

The image, which you can see below. supposedly refers to an upcoming Ubisoft Digital Day 2013 press event where the games would be revealed. Many of the games listed in the image have been announced: Watch Dogs, Child of Light, The Mighty Quest for Epic Loot, Trials Frontier, Panzer General Online, Might & Magic: Duel of Champions and Poptropica: Forgotten Islands.

We're reaching out to Ubisoft for comment, and will update this article with any information we receive. 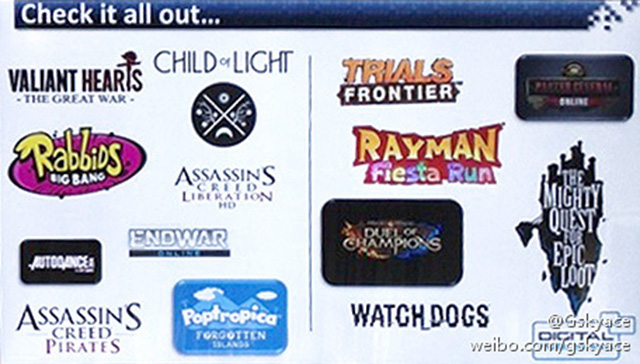