CI Games' World War II shooter Enemy Front aims to let players kill Nazi occupiers how they see fit, giving them the tools to sneak, shoot and outwit Hitler's army. The game's creators call Enemy Front, which was previously a more linear first-person shooter, a "combat sandbox" that offers the freedom to fight back against Nazi invaders with stealth and the subterfuge.

Enemy Front puts players in the role of Robert Hawkins, an anti-fascist war correspondent who finds himself caught up in the Resistance. Hawkins' inexperience in a firefight is reflected in aspects of his behavior, like his clumsy stabbing when stealth-killing an enemy soldier with a knife, and his initial lack of firearms. He'll have to scavenge weapons to survive.

"What we're trying to do is give the player the tools to match stealth with shooter, combining run and gun gameplay and dirty tricks-type stuff," Enemy Front creative director Phil O'Connor told Polygon. "You, as a lone wolf will have to use the environment and the enemy's own weapons against them."

In a hands-off gameplay demonstration, O'Connor showed how players will be able to employ those tools. In the second level of the game, set in the Franche-Comté region in 1940, Hawkins came upon a Nazi-occupied farmhouse, where he was dangerously outmanned and outgunned. 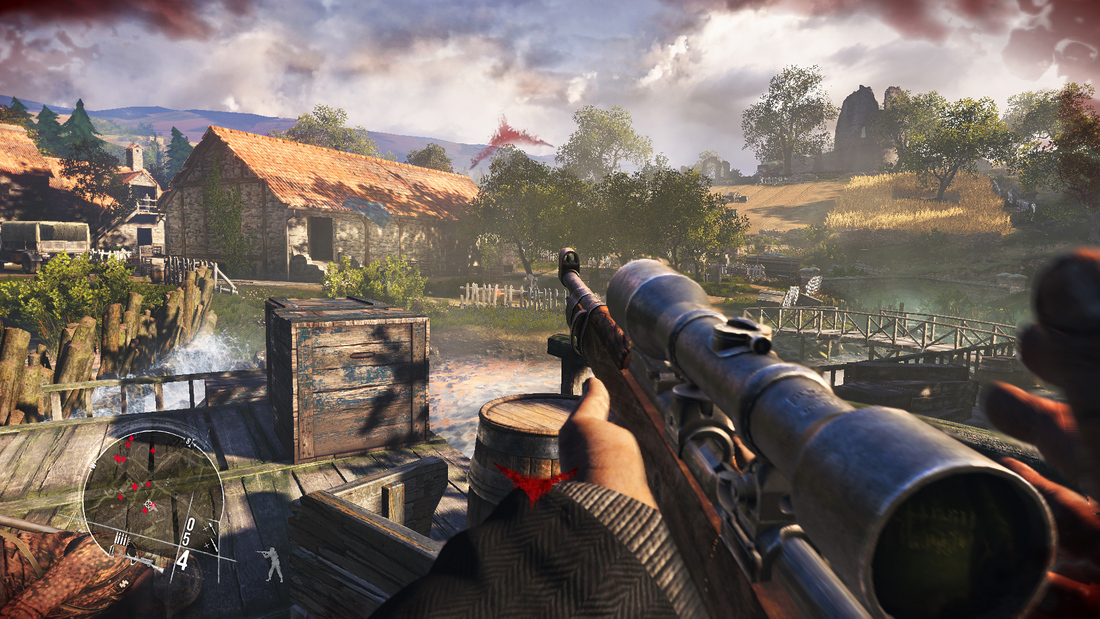 In the first run-through, Hawkins surveyed the environment, marking the location of a few Nazi patrolmen on his minimap. Since O'Connor wanted to show what a run-and-gun attempt might look like, he had Hawkins push a nearby truck down a hill and toward a couple enemies. From there, the player took potshots at the soldiers, suppressing them, tossed a few grenades and then sprinted toward cover. Eventually, he worked his way into the farmhouse, picking off Nazis with a sniper rifle through windows.

When one soldier managed to make it into the house, the player shot out the wooden floor beneath him, dropping Hawkins down to the floor below, where the unsuspecting Nazi happened to be standing.

A second attempt was performed more stealthily. Hawkins took the long way around the farmhouse, staying out of sight by creeping through a brook that ran under a small bridge, then quietly walking into the farmhouse. He silently stabbed a few unlucky Nazis along the way, and used distracted techniques (like turning off a phonograph the soldiers were listening to) to pick them off one by one.

O'Connor said that scouting and exploring the environment is a big part of playing Enemy Front, if players want to survive. We did see the player perform a successful all out attack, going in guns blazing to take out the patrolmen and a second wave of reinforcements. 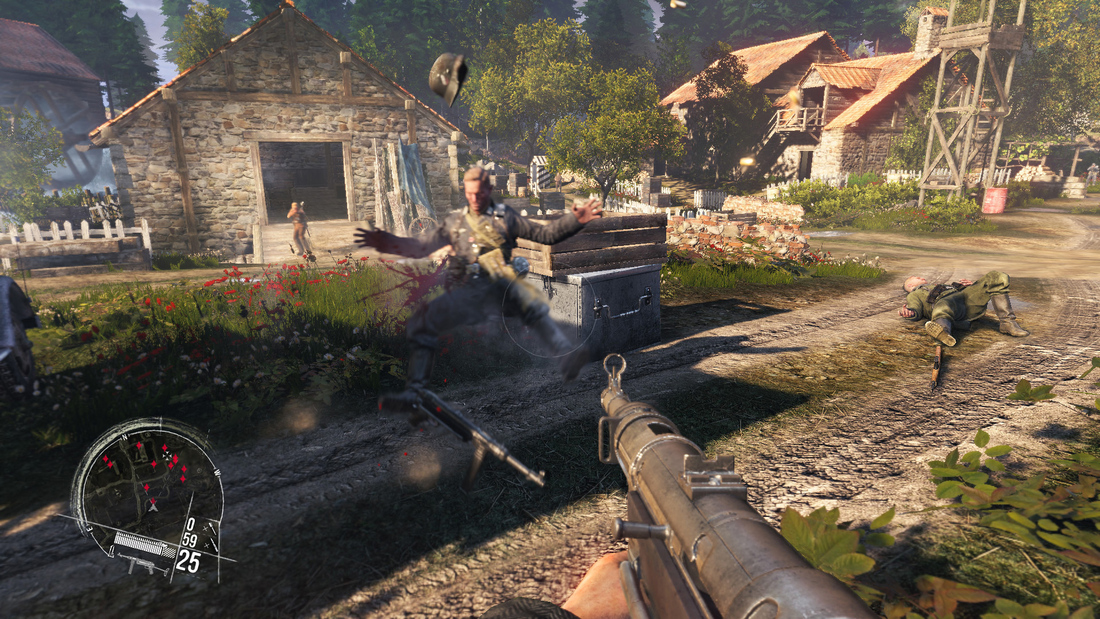 Between those moments of raw action, Enemy Front's narrative will be told through flashbacks. The retelling of the game's subject matter, O'Connor said, will be taken seriously, putting the player in authentic historical situations. But he also promised that players will get to slay Nazis with "lots of exotic toys," like the German MG 42 machine gun and Pazerfaust bazooka. Planned multiplayer and cooperative modes are being considered, but not yet confirmed.

Enemy Front is expected to come to Windows PC, Xbox 360 and PlayStation 3 in spring 2014.