Can games be designed by public committee?

Share All sharing options for: Can games be designed by public committee?

Game developers and publishers have made a fetish out of placing their quivering ears to the lips of consumers and 'listening' to feedback about their products being, in the perverted argot of the marketing department, 'transparent.'

How much this is an exercise in public relations, and how much it actually converts into palpable action is, well, opaque.

But one game developer is absolutely determined to open the kimono and bare all to its customers. Launching a Kickstarter today, is a game called Neo's Land, a high fantasy MMORPG from NeoJac Entertainment, set to launch in 2014.

Although the company has spent two years developing a game engine, the game itself is being directed by consumers.

Here's how it works. NeoJac hosts a series of Google Hangouts with open invitations. Ten or so people (first come, first served) sit in on the round-table and talk about a specific issue, be that housing or classes or monetization models. Apart from providing the session moderator Marcus Eikenberry, the developers are not allowed to participant.

Other avenues to participate are open through online forums and comments panels on the Hangout. After the meeting, the developers implement, so far as is possible, whatever has been decided.

"Traditionally, game developers decide on an idea for their game and then they ask the community if they like it," explained NeoJac CEO Jacques Rossouw. "We're doing it the other way around. We're actually asking the community what they want."

The Atavism Online Engine, previously known as 'Let's Build an MMO,' allows for fast turnaround on new ideas, according to Rossouw. He said that NeoJac does not veto any idea, but filters out any notions that are, "totally off the grid."

Proof of this is in the name itself. A task force of consumers was assembled to decide on the game's name. Rossouw said their final choice is "not my first choice," but that he won't get in the way of the community's wishes. 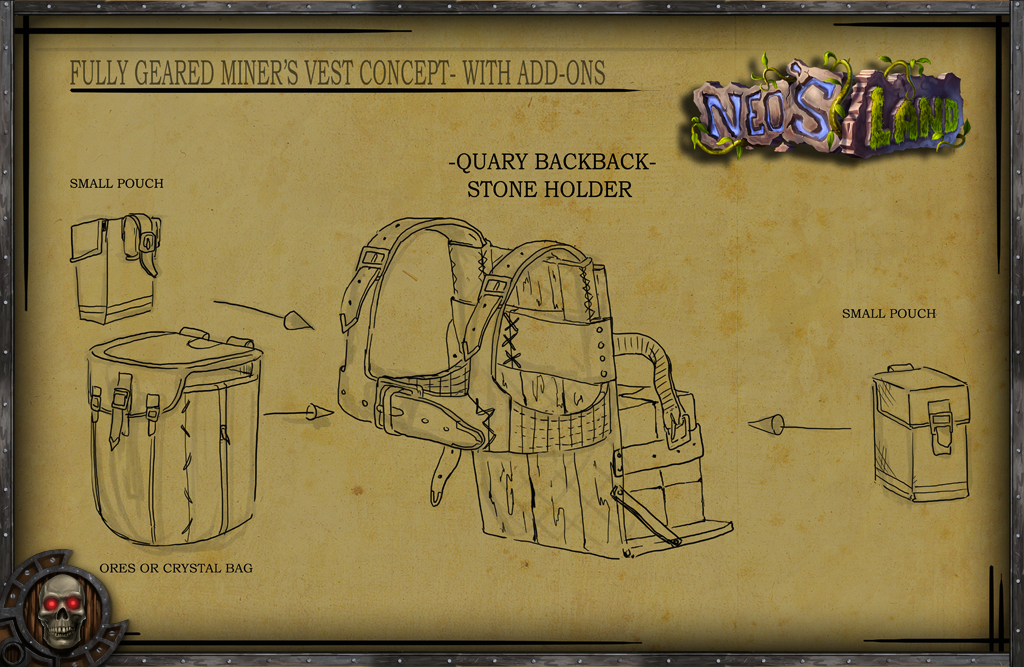 Now that the game has opened its KickStarter he expects more interest, and voting mechanisms are being established to streamline the decision-making process.

'Evil' is a regular attendee at the brainstorming sessions. In real life he runs a cleaning service company in the United States and prefers to remain anonymous online. He said that consumers, especially those with lots of experience in MMO worlds, have "plenty of unique and innovate ideas."

"A lot of the things that are happening in MMOs are the same as each other, because a lot of developers are having the same ideas," he said. "Sometimes that tunnel vision means you start missing stuff. This way there are lots of ideas being tossed around."

He said that the game industry has become too focused on its own needs. "It's a tyranny of the oligarchs, of the developers who tell us what the players will play. In a truly open market you don't have a small group of elites ordering things.

"NeoJac is providing a platform for a level of freedom from the very beginning of the game that you have never seen in the industry," he added. "I think lot of big games companies will turn their noses up at this because it's not about elites telling players how things ought to be."

The consumer panels have so far expressed a preference for a subscription model that, like Eve Online, allows dedicated players to pay using in-game currency. They have also stressed a desire to be able to build their own houses and buildings. This is something that Everquest Next is also doing, a sign that games companies are not entirely deaf to the desires of consumers, though the clarion coming from Minecraft has been plenty loud enough these past few years.

"Talking to players from the outset saves us a lot of effort," said Rossouw. "One or two developers are going to have fewer ideas than a crowd of dedicated MMO fans. At the end of the day, we want to build something that we know people want to buy."

Once ideas are processed, filtered and offered back to the community, they become part of the game. Doesn't this invite a certain incoherence in the final product? Isn't 'design-by-committee' just another way of describing a mess?

We had two old guys who turned up in their underwear

"You have to have some control over the final product," said Rossouw. "But we try and make it as open as possible so that the really good ideas can come through. The fact is that the people most interested in getting involved are the ones who have the most to say about the future of MMOs. They're giving us really unique ideas."

The sessions themselves, which are open to anyone to view, offer their own particular brand of spectacle. 'Evil' said he enjoys the fun of seeing "ideas going back and forth" and of working with other games players on making an MMO. There's also the inevitable trolling and strangeness that comes as standard with any public meeting.

"Given the open format where anyone can join we've had a few trolls," said moderator Eikenberry. "We had two guys that looked like they were in their 70s who turned up in their underwear. Who knows what they wanted, but I blocked them. Google Hangouts seem to attract all kinds."

Mostly though, business gets done. "We just take things wherever they lead to," added Eikenberry. "I try to allow some very free thinking and I squash any talk of limitations or things that are not possible. I believe anything is possible in a game. We just have to dream it up and present it in a format where it can be produced."

Hitman 3’s Freelancer mode delayed again, but you’ll have the chance to try it soon

Overwatch 2: How to add a phone number for Blizzard’s SMS Protect