Players will need at least Windows Vista SP2, though EA recommends Windows 8. The developer also suggests 8 GB of RAM and a six-core AMD processor or an Intel four-core processor for the 30 GB game. You can get all the details in the image below.

For more on Battlefield 4, which is headed to PlayStation 3, PlayStation 4, Xbox 360, Xbox One and Windows PC, you can check out our coverage of a recent development update chronicling the game's weapon customization options. 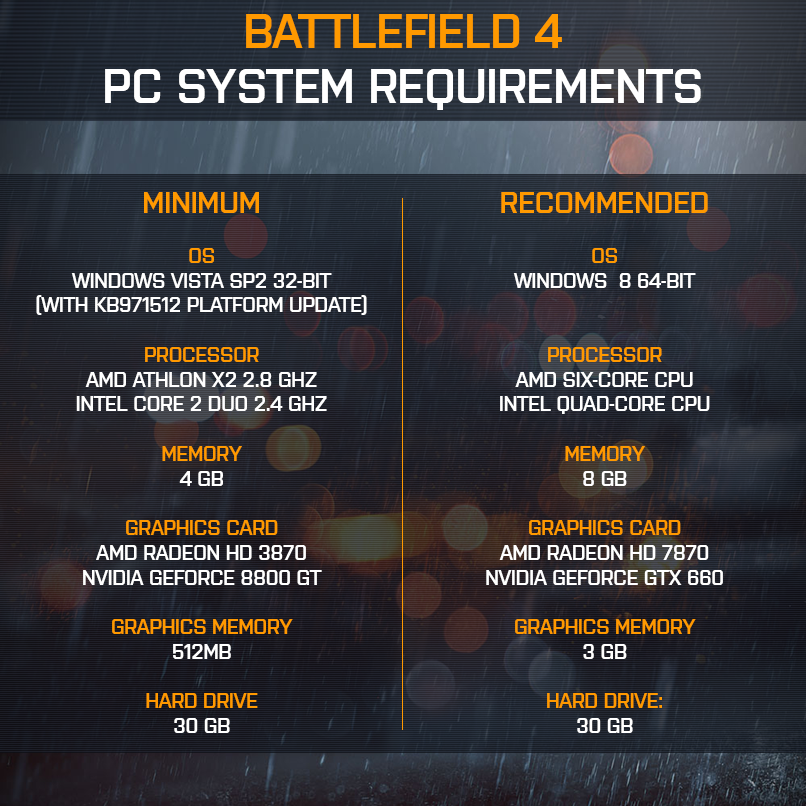