To say that Tales of Xillia feels familiar is an understatement.

It's a game packed to the brim with a bloated, banal story and a cast I've encountered in many previous lives. But its world is fleshed out by inviting environments and engaging combat. Everything the game does, good and bad, echoes with the voices of those that came before it.

Tales of Xillia is the ghost of every JRPG I've ever played — and that's exactly why I like it.

Tales of Xillia's plot follows the stereotypical path of Milla Maxwell and Jude Mathis, strangers whose fates become intertwined. Their journey embroils them in a political struggle that eventually balloons into saving the world itself. They're joined by an oddball band of heroes, and together the cast learns the importance of friendship, being true to yourself and standing up to injustice. 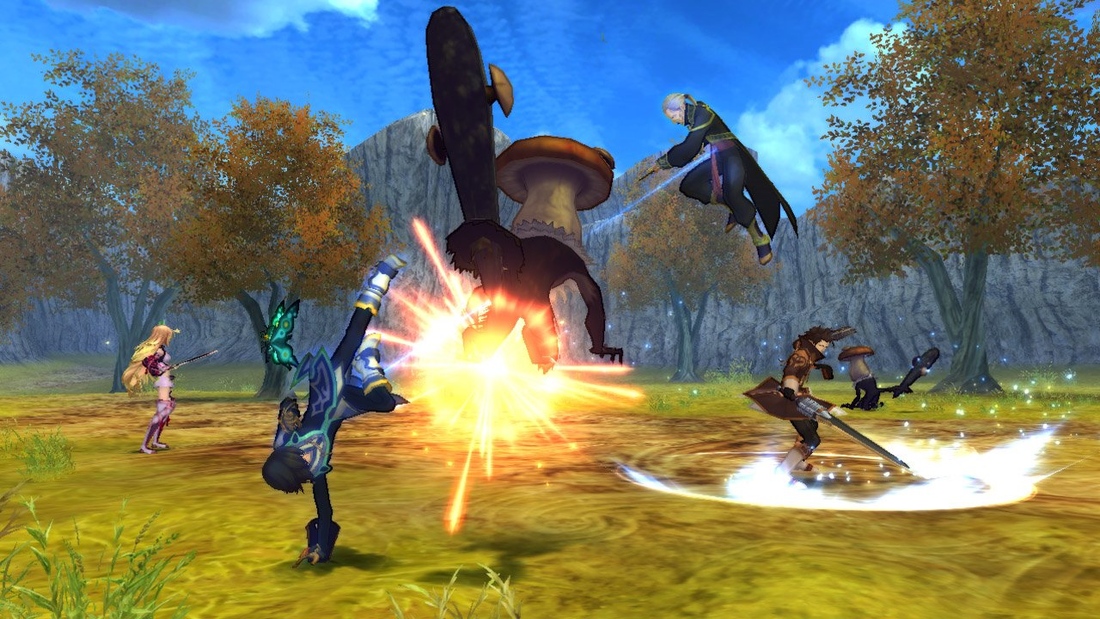 You start the game as either Milla or Jude — a choice that actually matters. During my time as Milla, I was able to play specific scenarios and watch cutscenes that pertained directly to my character. This is has its faults, as I only got one side of the game's story. During a particularly long deviation as Milla, I returned in the middle of a major event with no idea what was happening. The impact of the scene was completely lost on me, and I learned through casual side conversations that a few important plot lines had been resolved without me. However, it's a credit to the game's mechanic that the swap never feels forced or awkward. As I watched Milla struggle, I became more attached to her than Jude. More importantly, I never felt like I was playing a secondary character.

The game's plot is a slow burn with some pacing problems. I was dumped into the middle of the conflict with little explanation and a lot of in-game lingo. This is frustrating because Tales of Xillia is practically overflowing with information. I sometimes felt like I was simply running from one cutscene to another, and the game's side conversations add hours more to sit through. Until it hit its stride around 15 hours in, I was disinterested in the political conflict it haphazardly sets up.

Even when the plot isn't making sense, Tales of Xillia's world is a pleasure to explore, thanks to the game's variety of field and dungeon areas. The game takes you to forests, mountains, snow peaks, caves, beaches and more, and no area overstays its welcome. I had just enough time to level casually and move on before I got bored or frustrated. I rarely had to backtrack — and even when I did, returning to locations couldn't be easier. Fast-traveling through my map made it less of a chore and more of an enjoyable way to break up the game's long-running narrative.

You can also search for helpful optional side conversations that develop characters and expand on the game's sometimes confusing plot — if you have the patience to sit through them. These conversations are held through voice-overs and character portraits — no fancy, fully-acted cutscenes here. While stopping my progress to watch each new scene became less and less appealing over time, I appreciated the goofiness and referential humor they provided. They sometimes poke fun at ridiculous story or character inconsistencies in the genre while being well aware of how much they fall back on those same tropes. 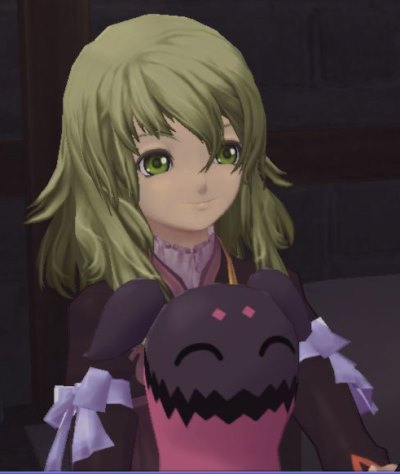 the cast fills a checklist of traits I've seen before 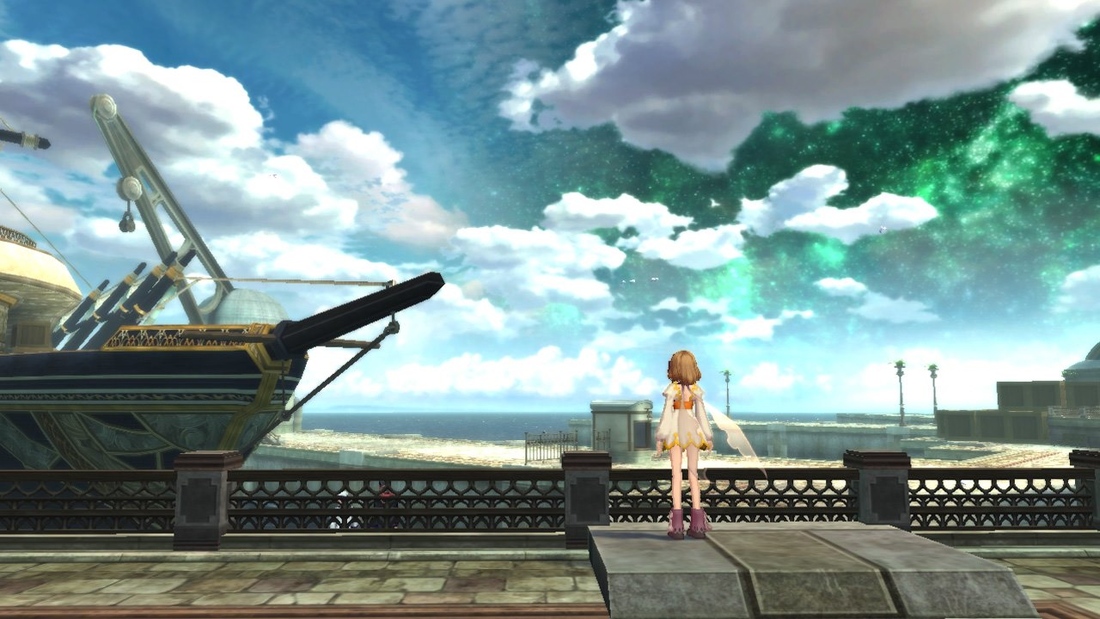 Tales of Xillia relies heavily on character archetypes I've seen in more JRPGs than I can count. In my party alone, I had the enigmatic and strong young woman, the youth who is wise beyond his years, the charismatic-but-troubled gunslinger — the entire cast fills a checklist of traits I've seen before. There's even a character with a bout of amnesia. This is a fine tactic to use to help players instantly grasp new characters' motivations — it certainly worked with me — but it starts to feel lazy. Tales of Xillia is full of lengthy, character-building cutscenes, but each character's growth follows an obvious path. They never breach the familiar parameters they've been contained in.

By far Tales of Xillia's best aspect, combat is more like a brawler than an RPG. You control one character through frenzied button mashing. Enemies appear on the field, attacks happen in real time and each move is based off of different control stick or button combination. Switching characters prevented boredom with any one moveset. Milla's melee-based attacks feel completely different than the more healing-centric or defensive roles of other characters. 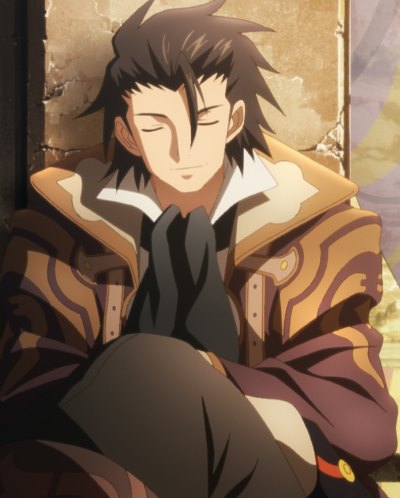 You can also link with another character in your four-person party, which adds a level of cooperation with the AI. Each character has a special strategy they'll enforce while linked, like breaking an enemy's guard or stealing items. It provides incentive to experiment with different characters and their abilities rather than sticking to favorites.

Your party's actions are guided by the game's strategy system — a set of rules you choose for each character that dictates how they attack, items they use and so forth. With the exception of the final boss, however, I never had to manipulate the strategy levels of my party. I tended toward using offense-based characters, and the AI was surprisingly good about keeping my health levels high. In a pinch, I just needed to link with a clerical character or use an item of my own. It was easy for me to charge into battle and experiment with style I wanted — chaining attacks and performing special moves — while more mundane tasks like keeping my health up were left to the NPCs.

Tales of Xillia's leveling system is laudable for its efforts to do something besides grinding for stat increases, even if it still gets a little stale by the end. As you level, you earn points to distribute in each character's Lilium Orb — basically a fancy word for a skill tree. New attributes and skills are spread across a web, with each node accessible by connecting from a previous slot.

At first, the Lilium Orb was exciting. It made me feel as though I had control over my character and how they would progress. But skill sets don't branch off, and you have no say in what class your character is. As I continued to level, it became less about fleshing out a character to my needs and more about travelling a skill path I would eventually be forced to take anyway. Halfway through the game, I'd given up selecting skills myself and just sped through with auto-leveling. It's a system based on hollow customization.

Tales of Xillia is loaded with recycled mechanics and story that's oozing well-worn plot devices out of its JRPG pores, right down to its predictable cast and "save the world" theme. It's cheesy and weird in some places, but heartfelt and genuinely interesting in others. The game's fast-paced battles kept me alert and engaged through hundreds of encounters, and for better or worse, there's no shortage of story. Tales of Xillia feels like wrapping yourself in a comfortable blanket. It's like an old friend. It exemplifies everything the genre is today â good and bad â and serves as a reminder of why I fell in love with JRPGs in the first place.

Tales of Xillia was reviewed using a retail PlayStation 3 disc provided by Namco Bandai. You can read more about Polygon's ethics policy here.