The bitter end to a desperate eSports gamble

Share All sharing options for: The bitter end to a desperate eSports gamble

Simon Boudreault's decision to invest his inheritance in five League of Legends players from Korea was always going to be an immense gamble.

His eSports team Quantic Gaming, which he had owned for less than a year, was hemorrhaging cash. Staff were hounding him for back-payments. His key StarCraft 2 player was unhappy.

But he believed his new League of Legends team was going to fix everything. He staked everything on that belief.

All Boudreault needed to do was guide those players through a six-team LCS qualification, taking place just before the Holidays. He would get them into a play-off match against a struggling relegation-threatened pro-team. Then he'd be in the LCS [League of Legends Championship Series] proper. He'd be golden.

Cash from LoL publisher and league organizer Riot Games, as well as bountiful sponsorships would make all his financial woes go away. Making it into the official LCS League of Legends pro-division was the key. He had the players to do the job.

It began beautifully. Quantic won the first two games in a five-match round-robin, and looked to be cruising. After the first day of the qualifiers, they were favorites to clear the round-robin and face a relegation team from the league, likely one they had beaten repeatedly in practice sessions.

Quantic's backroom personnel, many of whom were owed back-pay and were worried about Boudreault's competence as a team-leader, were beginning to believe that the 24-year-old from Quebec might just have pulled it off.

On the second day, everything went wrong. The team needed one win from three games. They played badly. They lost them all.

On Dec. 7, Boudreault (above) tweeted, "Hopes got crushed. Broken Dreams & whatever." Then he disappeared. Senior personnel connected with the team have not been able to track him down or speak to him. He has refused repeated calls from colleagues, team-members, media and even the team's sponsor.

Yesterday, the Quantic website finally disappeared too. Quantic Gaming, for all intents and purposes, is no more.

HyuN (pictured below), Quantic's leading StarCraft 2 player, says he is owed $23,000, including prize money he won for the team. Team COO Bernie Catalan, who agreed to put the LoL players in his own home for three months leading up to the contest, is owed $4,000. John Clark, who spent much of last year working as marketing director for Quantic, never received a full paycheck and is owed $5,700. The list goes on.

They all say the same thing. Boudreault was hard to reach even when the team was still in existence. Now he's just gone. All attempts to reach him are thwarted.

"No-one knows where he is," said Kalle Nilsson, a volunteer for the team who handles media enquiries. "The situation is weird. There are a lot of people around Quantic who are great at what they are doing and so this is hurtful for them, because they really love the team."

"He's disappeared. He's off the grid," said Quantic's marketing director John Clark. "He was involved until it was make or break and then he was gone." 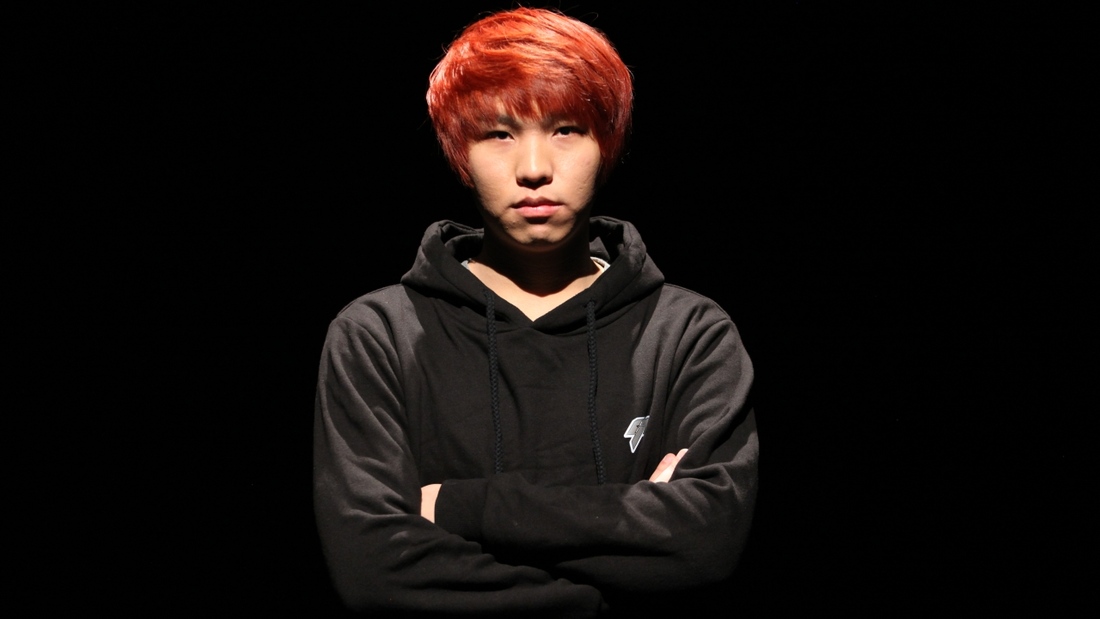 Competitive gaming is a boom business in which a good team can attract hundreds of thousands of dollars in sponsorship, league-provided expenses and prize money. But Quantic is the inevitable flipside of the glamour. It's the story of a big bet gone wrong, a young man with money and ambition, but not enough of what it takes to join the big league.

Attempts by Polygon to contact Boudreault directly have been fruitless. But former colleagues have come forward to talk about a bizarre and haphazard management culture.

Through an inheritance, Boudreault had come into a lot of money and had decided to invest it in the thing he cared about most; eSports. Even working at his successful family business, which manufactures classy office furniture, he had sought to launch a gaming desk design specifically for pro-gamers.

He had owned a minor team called 4Not, which had merged with some other teams and with Quantic, a bigger brand that was failing. It was owned by some guys, including senior Google employees, whose passion for competitive gaming had cooled. Boudreault bought up a majority share and started spending. The well-known StarCraft player HyuN was signed and the StarCraft 2 team did okay, winning here and there, mostly on the back of HyuN's skill.

But Boudreault's main interest was in League of Legends. Colleagues say that he spent long hours playing the game, and most of his professional energy went into his brand-saving scheme to get Quantic into the LCS. He announced the new team in September, telling GameSpot that it would be "a major game changer to the North American Challenger and LCS scene." It was headed up by the respected player Yoonsup "Locodoco" Choi. 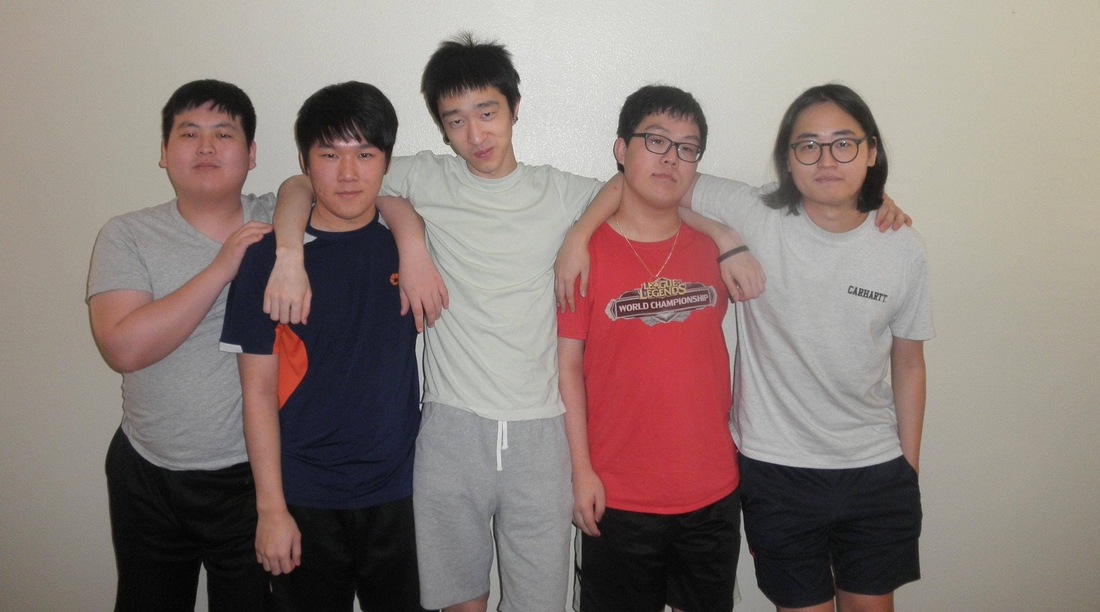 "All of the money was going into that," said Clark. "Legal fees, travel, visas, thousands of dollars. But nothing was happening. Simon was never available. He just wouldn't respond to requests for information."

The Koreans, young men in their late teens and early twenties, were housed with Bernie Catalan and his girlfriend, at their home in Southern California. One of the players went home after a few weeks, unhappy with the situation. Catalan and his partner struggled with the responsibility of looking after the team, who were in their home from September through to the tournament in December.

"They were young so they were kinda untidy and my girlfriend complained about them not cleaning up," he told Polygon. "She really likes a clean house. She wasn't really thrilled about having five guys who mostly didn't speak English in the house." Various attempts by Polygon to contact former team members for interview have been unsuccessful.

To keep the team entertained, Catalan took them on days out to Six Flags, and other diversions. "They wanted to go out to eat a lot. We went to batting cages and laser tag and go-carting."

Boudreault had promised $2,500 a month in living expenses as well as help with utility bills, according to Catalan. But his household only received $2,000 a month. He said it was not unusual to have to pick up expenses tabs, and then try, often in vain, to be compensated later.

Catalan said that the money problems affected the team. "They might have been a lot less stressed out without that problem," he said. "They would say, let's go to Trader Joes to get some food and I'd say, well, Simon hasn't sent the money yet." 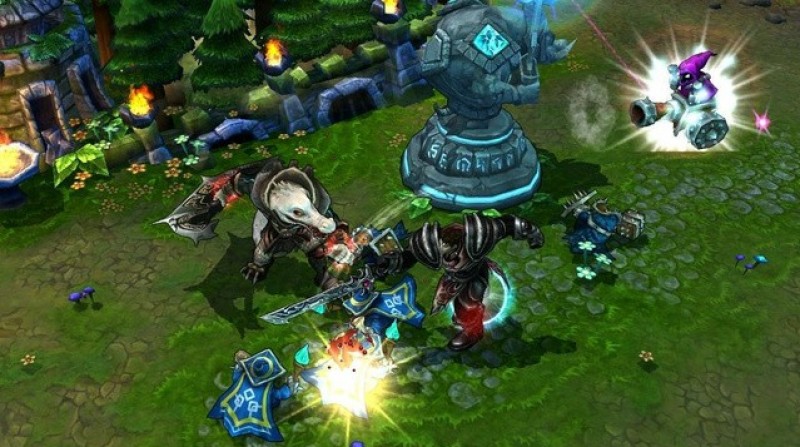 Despite his huge investment in the project, when the team played the qualification tournament, Boudreault stayed away. Catalan said the team owner was planning to attend the tournament if the team progressed through the initial league stages.

"We should have been a shoo-in," said Catalan. "Everybody was shocked that we didn't make it. But we knew that this was do or die."

"When they won their first two games, it was like, this is good," said Clark. "Then they lost the next two. All they needed to do was win their last game, but they couldn't do it. I don't think they had enough chemistry to do what they needed to do because they had a short amount of time to come together and it just didn't happen. That last day of the competition, it was like watching a train wreck."

"Simon put a lot of money into this. He took a lot of risks," said Nilsson. "When the League of Legends team lost, that was our last hope. It cost a lot of money to not get into the big league."

Clark said that he was tasked with marketing the team in order to find sponsors, but struggled to gather up the necessary information and assets to create pitching materials. He added that his bad experiences chasing Boudreault for wages, eventually partially paid in sub-$1,000 increments, finally led him to the conclusion that the League of Legends failure was the end of the road.

"Simon is a young guy and he's got money but with his lack of experience he is very controlling," he said. "He wouldn't delegate. We wanted to help but he was trying to do everything. He's not a hardworking person. He played a lot of games and stayed up late. A lot of things that needed to be done, didn't get done. He wasn't diligent. But he was good at networking. He would get things started but he wouldn't finish them."

In early January, HyuN posted a note on the TeamLiquid forum stating that he was trying to contact Boudreault to recoup his earnings and prize money. He described working under chaotic conditions that included flights to tournaments being booked only at the last moment.

"Simon told me he would give me my salary and prize money, and gave me an explanation," he wrote. "But it was always a lie. He always said he had sent the prize money, but I heard he had actually used that money to support the LoL team."

In late December and earlier this month, The Daily Dot ran two detailed stories about Quantic's collapse, which talked about Boudreault's disappearance. One of the stories noted that he had told friends he was sick and might have a tumor. But no-one involved in Quantic at a senior level has been able to contact him to check on his health, or on the team's prospects going forward, including Quantic's sponsor, peripherals manufacturer Roccat. A source at the company told Polygon that representatives have been trying to track him down for weeks, without success.

On Wednesday, Quantic's website stopped functioning. The company emails ceased to work a few weeks ago.

"We feel like we lost a lot of time and effort that we put into this team," said Nilsson. "I can understand that he would give up and leave. He ran out of money. But the way he did that, not speaking to anyone, that is not right. A lot of people are angry."

"Simon could show up today and say he was in hospital and what the hell is going on," said Catalan. "Or it could be that Quantic is dead." Catalan said that eSports organizations need to find ways to protect against boom and bust speculations among its ranks. Polygon requested a comment from Riot Games, which declined. "ESports is like when baseball started," said Catalan. "There were tons of teams back then that don't exist any more."