If you listen to Valve co-founder Gabe Newell, his company's recent successes are thanks to one thing: the openness of the PC. So when proposing a vision for a new breed of living room-friendly gaming PCs, so-called Steam Machines, it shouldn't be surprising that Valve is embracing that same openness as a guiding philosophy for the project.

On Monday night, Newell unveiled 13 new machines at a small CES press event. They range from tiny appliances with integrated graphics to massive home theater PCs with dual graphics cards. Prices start at $499, already at the high end of the console market, and extend to a whopping $6,000 and anywhere in between.

Not present in that lineup of 13: Valve's own Steam Machine prototype, sent out to 300 beta testers late last year.

"Just because we're not releasing one now doesn't mean we won't release one in the future," Valve's Jeff Cain told Polygon. "We think if there's a role we can play where we add value to the space, we'll do that, and if that calls for releasing hardware then that's something that we're open to doing. 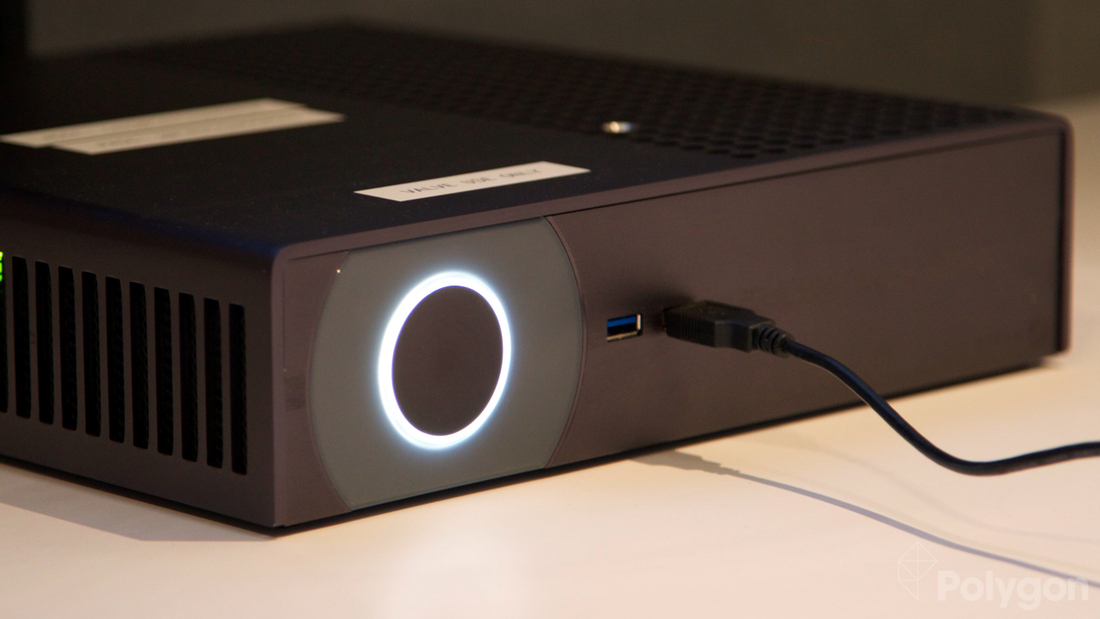 And while the attractive case isn't being offered by Valve, or matched by any of its initial lineup of partners, that doesn't mean it's out of reach. In a post about the prototype details, Valve's Greg Coomer wrote, "Apart from the custom enclosure, anyone can go and build exactly the same machine by shopping for components and assembling it themselves," adding, "We'll also share the source CAD files for our enclosure, in case people want to replicate it as well."

At the show but not in Valve's lineup? Xi3's "Piston," the diminutive box that grabbed headlines at last year's CES. Valve distanced itself from the company last March, while Xi3 says it wasn't interested in delivering a Linux-powered device.

"So last year, [Valve] did invest in the development of the Piston console and asked for us to be in their booth as an example of what was coming to their Steam Machines," Xi3 PR specialist Whitney Merrifield told Polygon. "But after they announced it was Linux-based, we felt like we're not ready to do that right now because very few games are Linux-based." 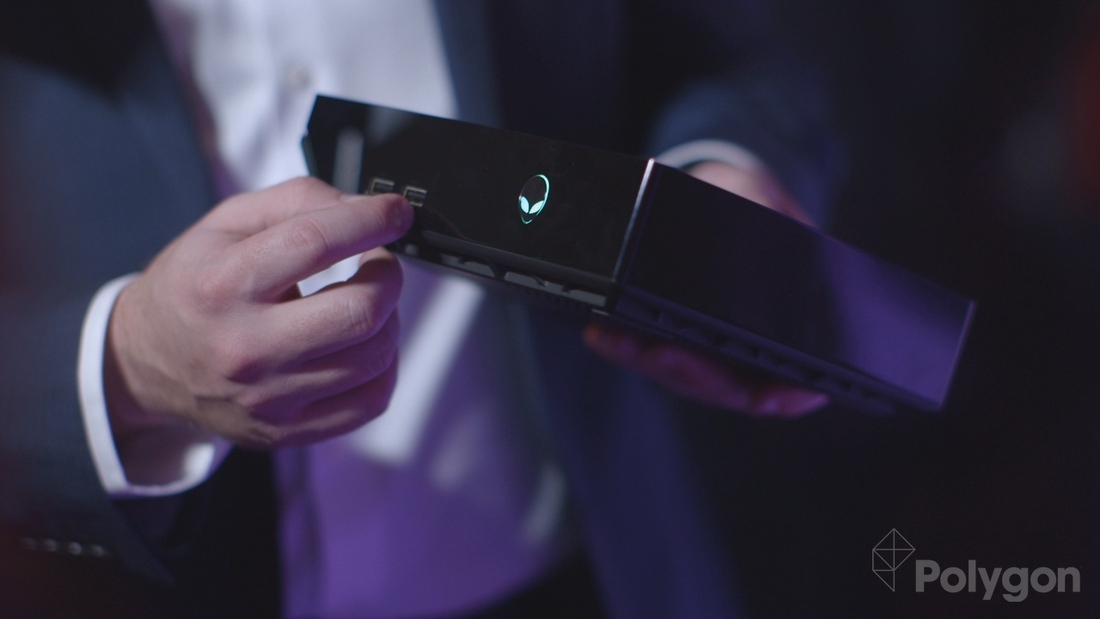 On one end of the Steam Machine lineup, there are familiar names with unfamiliar designs. Instead of reappropriating its existing X51 PC, already a popular living room gaming option, Alienware's Steam Machine concept is tiny. It's also unpriced and un-specced, so it's hard to say what kind of system is inside that case; however, Alienware's Bryan De Zayas told us the device would be priced "very competitively" with existing next-gen consoles.

Gigabyte's diminutive Brix Pro achieves its tiny stature by opting for Intel's latest integrated graphics solution instead of a more expensive, and larger, dedicated GPU. At just 4.5 inches square, and less than 2.5 inches tall, the Brix Pro is small enough to fit behind your television. It even includes a mounting bracket to do just that. 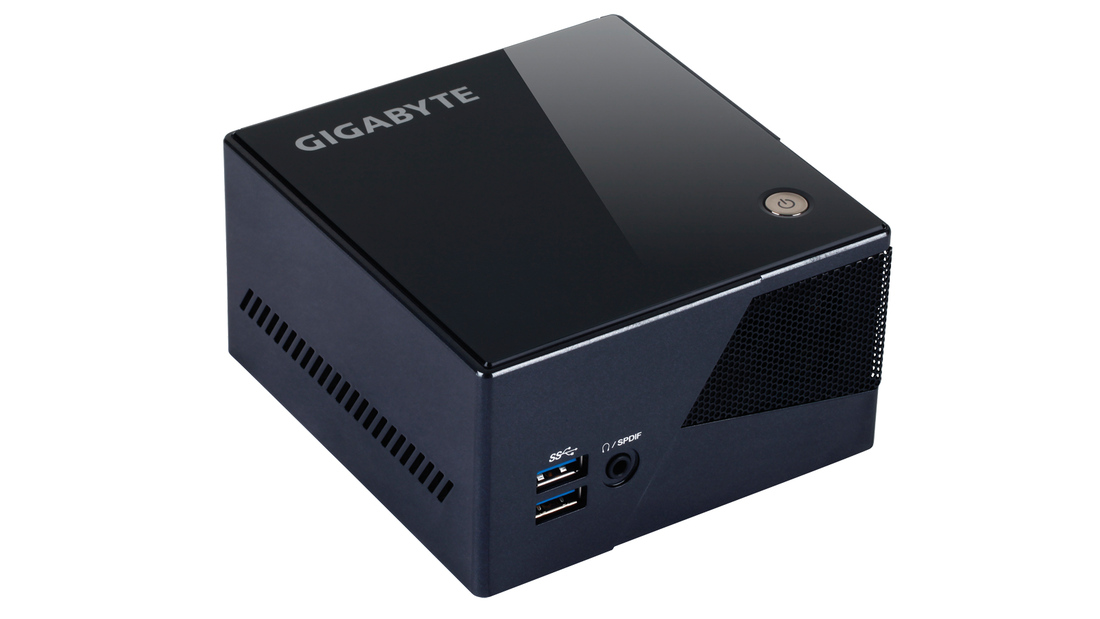 On the other end are unfamiliar names and familiar designs, adopting small form factor cases already popular amongst the DIY crowd. One uses the popular BitFenix Prodigy case. Another two share the same Fractal Design case, available for $90 on Newegg right now. This is actually the same case I chose for my living room gaming PC just a few months ago.

And others still are pre-existing, small form factor options from companies like Falcon Northwest, whose Tiki system reaches an impressive $6000 and has been available since 2012.

The Bolt 2, from Digital Storm, is an update of its existing small form factor Bolt and, with a release date in the next "four or five weeks," will be on the market well before being repackaged as a "Steam Machine" later this year once Valve readies SteamOS and the Steam controller.

"When SteamOS launches and whenever the controller officially hits revision 1.0, then that's something that we'll definitely offer as a dedicated option for our customers," Digital Storm's Robert Wall told Polygon. "Do you want this purely Steam Machine? Do you want this purely Windows? Do you want dual boot? And it's really up to the consumer on how they want to configure that or what operating system they want on our computer."

With a focus on performance, and the ability to run dual graphics cards, Origin wasn't interested in making its Steam Machine petite.

For Wasielewski, that power isn't arbitrary.

"You have the next-gen consoles that have just come out and right out of the box they're extremely limited," he said. "Traditionally, in PC gaming versus console gaming, when the new consoles landed they kind of challenged PC gaming. This time that didn't happen, gaming consoles came out and they didn't really challenge the PC gaming hardware. Immediately I thought it was crippled because no 4K gaming support." 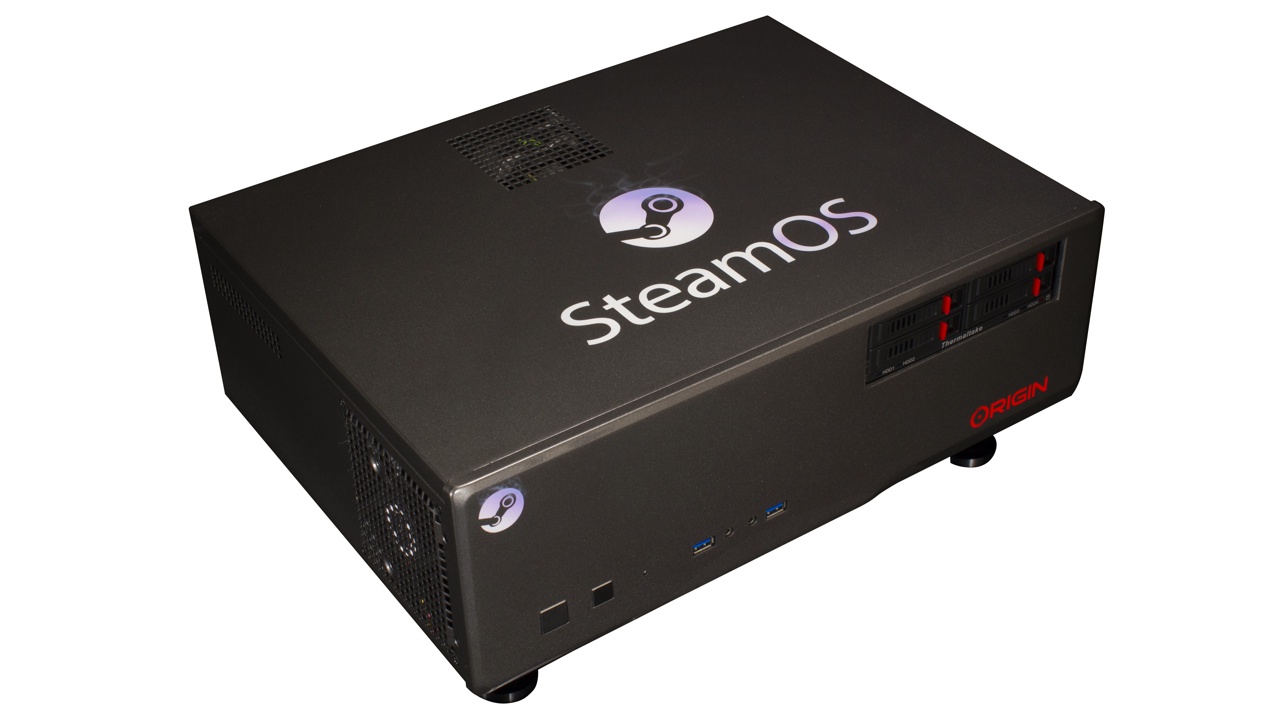 Being a Steam Machine really only has two requirements: It needs to ship with the Linux-based SteamOS and the still-in-development Steam Controller. Even that could change from one model to the next; Valve is allowing partners to make their own Steam Controllers if they want, so perhaps an Alienware Steam Controller will look different from the reference design.

While most of the people we spoke with preferred the traditional mouse and keyboard setup — these are PC makers after all — most agreed the Steam controller could be an important missing link to make PCs work in the living room.

In keeping with its ethos of openness and choice, Valve might not need a definitive answer on input.

"People who are really comfortable with their mouse and keyboard, we are in no way saying that that is changing or going away," Valve's Jeff Bellinghausen told Polygon. "That is fantastic. What we're trying to do is provide a way to get close to that performance but kick back on your couch. That's really the goal, to get as close as we can to that performance level [of the keyboard and mouse]." 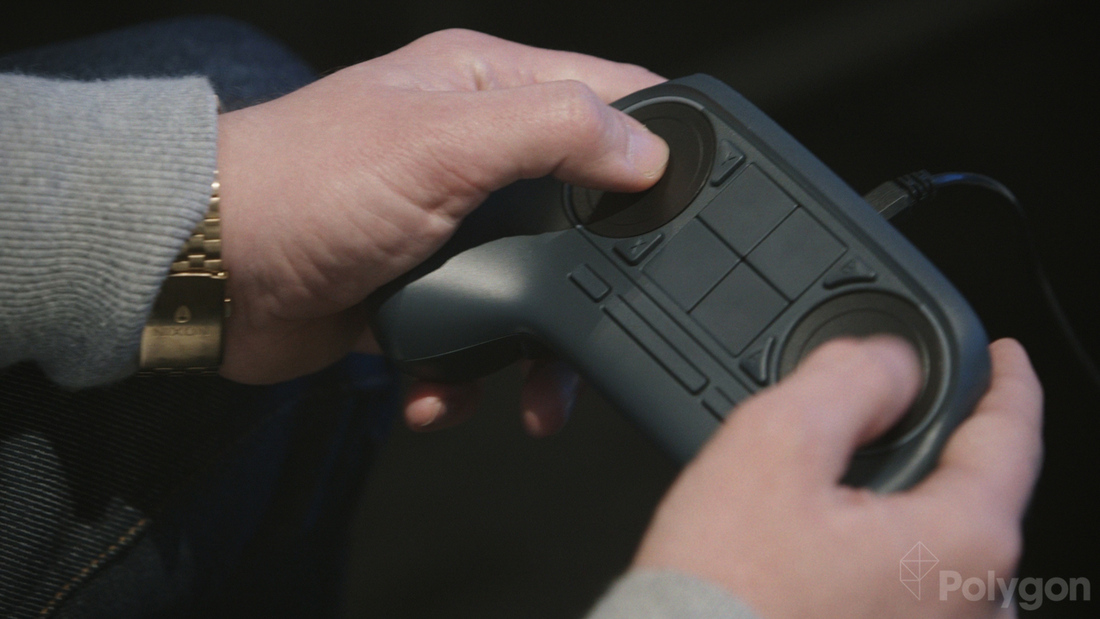 If you're being generous, you could argue that Valve's laissez-faire approach provides plenty of choice for would-be living room players and benefits from the very openness that Newell attributes Valve's success to. On the other hand, when any PC is a Steam Machine, the impact of the term is blunted. As a marketing exercise, it's unconstrained. It's confusing. A more selective lineup, focused on the principles embodied in Valve's own, regrettably unavailable, case — that is small size, upgradability, and lack of adornment — would communicate a clear vision while carving out a refuge from the still open and still available noise of the general PC market.

Like any open market, consumers will ultimately decide what they're interested in and this first generation of Steam Machines may look very different from the next.

Razer, one of PC gaming's biggest brands, well known for its sleek Blade gaming laptop, introduced a massive modular gaming PC but didn't have anything living-room friendly at the show. "I would say that Steam Machines are definitely something that we're really passionate about and good things take a little bit of time. That's the Razer model," Razer CEO Min-Liang Tan said. "We like to constantly iterate at our own pace and we think it's the entire experience that's really important."

"All these system builders can build all these different flavors and at the end of the day, who's going to pick what's the best?" Origin's Wasielewski said. "Not Valve. Not us. The customer. Whatever the customer buys, that is going to be the most popular Steam Machine.

By this time next year, with the first generation of Steam Machines on the market, it may be more clear what is and isn't a Steam Machine and who, from this initial volley of 13, is still in the game.