The Syrian Electronic Army hacked Microsoft's official Xbox Support Twitter account over the weekend as a part of a larger cyberattack campaign targeted towards the corporation.

The series of posts by the SEA included tweets such as "Syrian Electronic Army Was Here via @Official_SEA16 #SEA" and "From #SEA.. Game On! via @Official_SEA16." The tweets were deleted from the Xbox Support account within an hour of going live. The SEA also posted a screenshot via its Twitter account apparently showing that the group had access to the Xbox Support account.

An SEA representative told Mashable that the activist group is targeting Microsoft because it believes the corporation "is monitoring emails accounts and selling the data for the American intelligence and other governments."

"And we will publish more details and documents that prove it," the statement reads. "Microsoft is not our enemy but what they are doing affected the SEA."

In a statement issued to Mashable, Microsoft responded to the SEA's statement that it monitors emails and sells data to intelligence agencies, saying it only provides custom data to governments under special circumstances:

We’re actively investigating issues and are focused on protecting our employees and corporate network. Microsoft is sometimes obligated to comply with legal orders from governments around the world and provides customer data only in response to specific, targeted, legal demands. 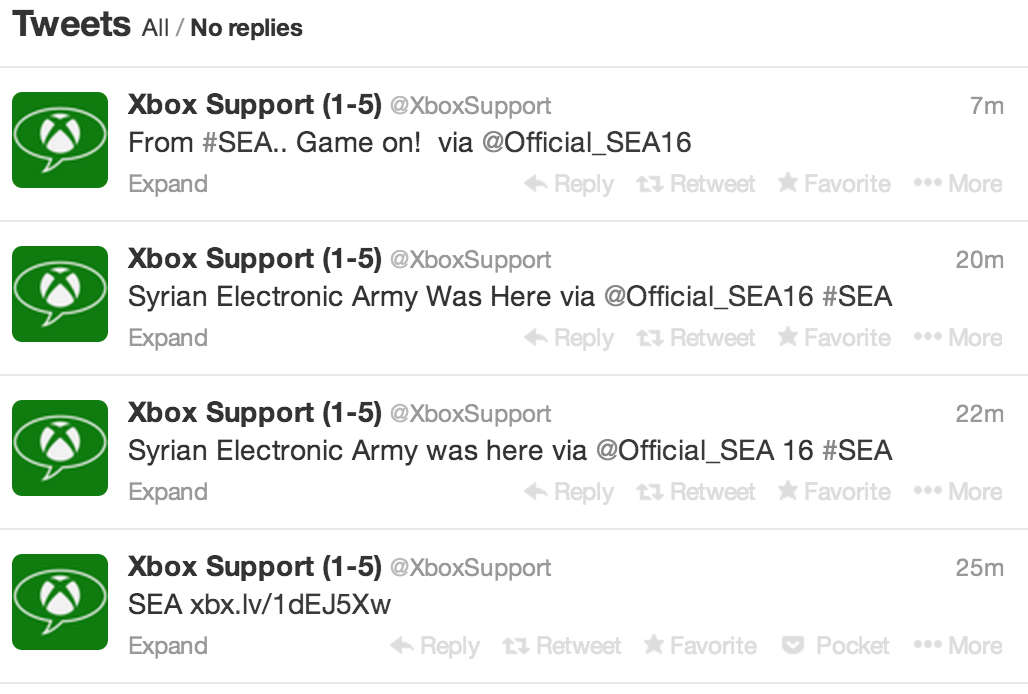