The Banner Saga is equally brainy and beautiful

The Banner Saga has the looks of an animated Disney film from the '40s or '50s. It's full of rich colors and expressive, exaggerated characters. But its beauty goes beyond its appearance and presentation.

Its colorful exterior hides an intense game of tactics, with combat that feeds into the rest of the game. There are numbers to crunch and stats to mull over while taking in the pretty pictures. The Banner Saga gets this marriage of mechanics and aesthetic right, stumbling only when its story can't quite live up to the promise of its world.

The Banner Saga is set in a Nordic fantasy universe where giants (named varls) live alongside humans. The game alternates between two intertwining stories — one starring human archers Rook and his daughter Alette, and the other following a varl consortium led by a brawler named Hakon.

Both Rook and Hakon lead caravans of fighters and clansmen throughout a bitter landscape, dodging mechanical soldiers called dredge. Even the world itself may be coming to an end. As the game opens, the narrator notes that the sun has been stuck in the sky for an unknown period of time — an omen underscored by disasters natural and otherwise that befall the varls and humans throughout The Banner Saga.

It's an appealing setup supported by the game's two primary parts. The Banner Saga splits time between turn-based battles and dialogue trees, where I made all of my quest-related decisions. The choices I made here impacted everything — there were times I left or inadvertently killed a beloved character, or had to deal with a scandal among my troops. Wise decisions often netted me renown, the game's main form of currency. Poor choices left me completely screwed.

Every decision, no matter how small, had an impact on the story, and there were certainly a few times where I reloaded a previous save because a careless choice would've left me high and dry. And all of those choices, from my decision to let an old man join my caravan to the item I gave to my biggest bruiser, impacted my stats in battle.

Every decision, no matter how small, had an impact on the story and affected my stats in battle

The Banner Saga's combat requires you to strategize on the fly. You have a roster of about six heroes for each fight, whom you pick and equip before the skirmish. The rules are simple: On each turn, you position a fighter on a grid and choose to attack or rest. But those possibilities evolved into a dynamic system that required me to consider numerous options all the time.

During combat, Willpower can be spent on special moves unique to each hero character or increased movement on the field. Your management of will can make or break you in battle. It's subtle, but absolutely key, to mastering The Banner Saga's combat. I enjoyed the added depth of gathering and managing will alongside the standard attacks. And found it essential to orchestrate wins that earned me enough renown to properly outfit my heroes.

Renown is hard to come by — only success in battle will net you enough, and it's the only currency you can use to grab supplies and items. These, in turn, are necessary to keep you in fighting shape. So you need to do well in battle or your Banner Saga experience will be very short. It's a tough but fair system that rewards diligent play. 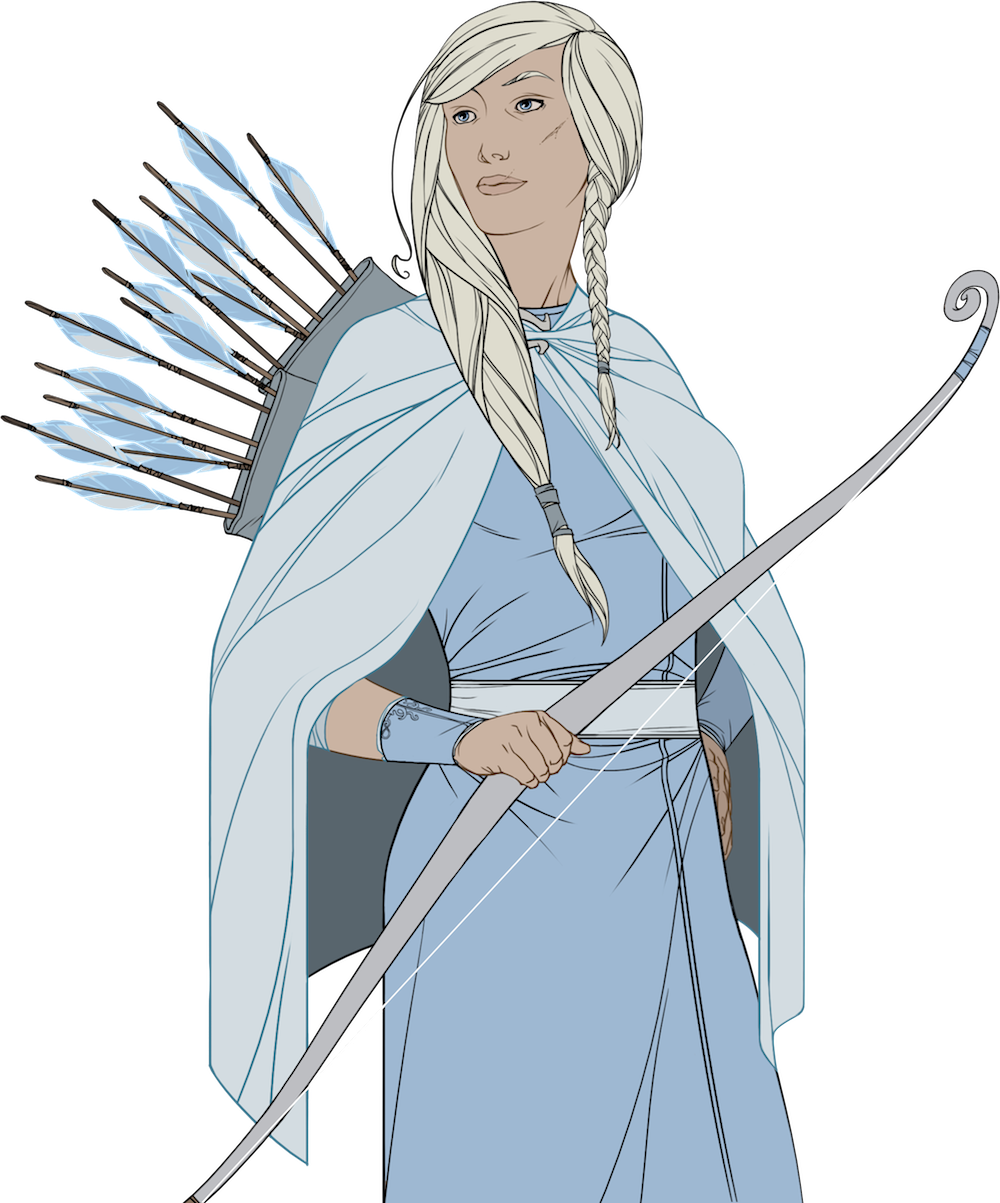 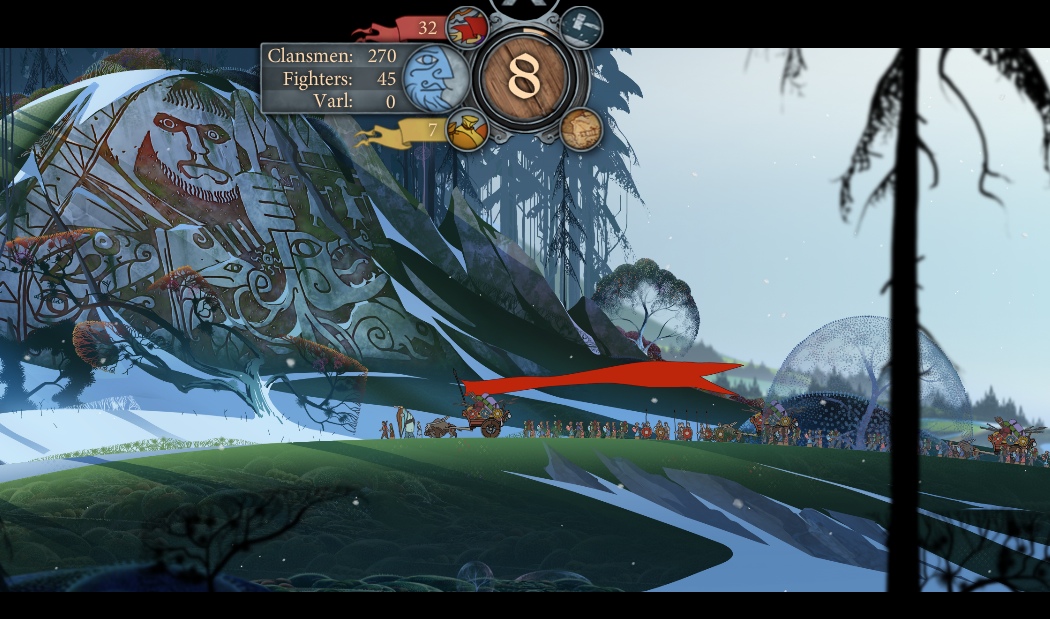 Gender is handled with care in The Banner Saga. While both the human and varl societies are male-dominated, with fewer apparent opportunities for women to make their mark, there are a number of important female warriors and a few story twists that allowed me to go against the usual gender stereotypes. At one point, there's even a surprisingly refreshing discussion about what it means to be a "strong woman". These small touches make The Banner Saga a more inclusive experience than I expected at first glance.

Every mechanic in The Banner Saga feeds directly into its combat. If you do well and have enough renown, you're able to keep your caravan well-stocked with supplies. High morale translates directly into more willpower on the battlefield. The same goes for strong choices in dialogue — you'll get into or out of many scrapes based on your ability to read the situation. I cursed the game occasionally, like when I found myself on a losing streak, unable to buy shiny new items for my warriors. But I appreciated the commitment to the theme. The Banner Saga wants you to have to fight to stay alive, and it's a stronger game for that strictness.

This chain of systems kept me invested where the story itself often failed. The characters are generally likable, but they never evolve much past stock stereotypes, and I often lost track of just who was who among my ranks. And they're even more unremarkable set against the world they populate. It's filled with dead gods, apocalyptic events and somber landscapes juxtaposed with beautiful shots of your caravan, all brought to life by breathtaking art and animations. 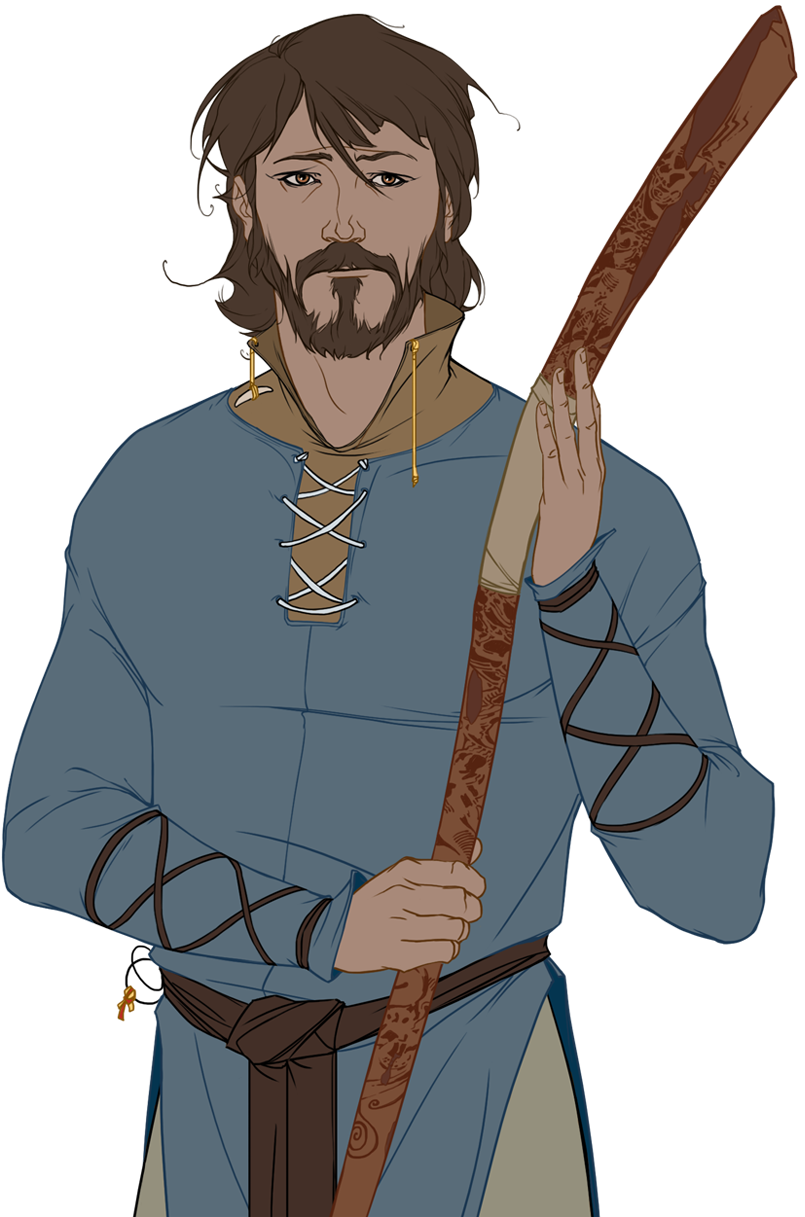 The Banner Saga is equally brainy and beautiful

Once the intricacies of its combat system were revealed to me, and The Banner Saga hit its stride, I couldn't put it down. There was enormous satisfaction in knowing that every little decision I made mattered, and that my choices as a player would not only be respected, but that I would be made to live with them. The Banner Saga made me fight for every inch of progress — and I loved it for that.

The Banner Saga was reviewed using downloadable code provided by Stoic. You can read more about Polygon's ethics policy here.