Titanfall gets its own limited-edition Xbox One controller

Share All sharing options for: Titanfall gets its own limited-edition Xbox One controller

Designed by developer Respawn Entertainment in collaboration with the Xbox design team, the controller is designed to resemble the C-101 carbine, a weapon used by the pilots of elite Interstellar Manufacturing Corporation titans within the game.

The Titanfall Limited Edition Wireless Controller will be available for purchase alongside the game at launch. The controller costs $64.99 and is currently available for pre-order through the Microsoft Store.

In a post on his blog, Microsoft's Larry Hryb wrote that Respawn lead artist Joel Emslie said the goal was "to create a controller that feels as if it is a piece of military spec hardware transported from the universe of Titanfall and into players' hands."

Titanfall will launch on March 11 in North America and March 13 in Europe. Earlier this month, Respawn confirmed with Polygon that maps will hold up to 50 combatants, including players, AI and titans. 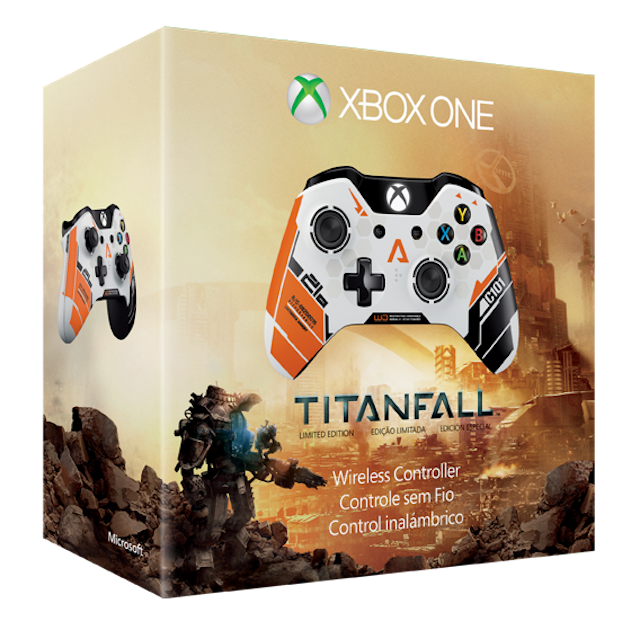