Share All sharing options for: What eSports could learn from an amazing four-person Super Metroid speedrun

Members of the Speed Demos Archive made history last week by raising over one million dollars in support of the Prevent Cancer Foundation. They did this by playing games quickly, and organizing the results in an event called Awesome Games Done Quick. The event was streamed live, and the gaming ability and ingenuity on display was often amazing; the players didn't just beat the games, they mastered them. Some played in blindfolds. Others used only one hand.

Awesome Games Done Quick 2014 was also host to one of the hands-down best examples of video game commentary that I've ever experienced.

Four well-respected speedrunners — Garrison, Krauser, Ivan, and Zoast — raced each other to completion in Super Metroid. This Super Nintendo classic was one of the first games to grow interest in speedrunning and it remains a popular way for players to show their skill. Two off-screen voices — Golden and Sinister1 — narrated the events, introducing each runner and describing some of the skills necessary to successfully complete Super Metroid in such a short time.

This is a major format change for Awesome Games Done Quick, as most of the week's speedruns were single-person exhibitions. The runners themselves are often wired for sound as they try to provide a harried explanation of their actions while doing the speedrun, sometimes with backup from one or two other people familiar with the game. This was one of the only times I tuned in and saw the runners completely focused on the game itself and the commentators completely focused on talking.

The result of this change-up, which allowed each group to focus on either the performance or the presentation, was the best hour of entertainment in Awesome Games Done Quick by far. You can watch it for yourself here.

The secret was the commentators' ability to talk about the game at a high level while helping new viewers understand the strategies. Golden and Sinister used some of the language shortcuts that have built up around the Super Metroid community, but they also were careful to circle back and define those terms. What purpose does "arm pumping" serve in a speedrun? What is "the climb," and why is it the first vital test of a race like this? They were careful to explain each frame-saving maneuver in a way that didn't exclude less informed viewers.

Their commentary opened up a difficult run that can take hundreds of hours of devotion to perfect, making it something anyone can appreciate. It provided context and insight, which helped viewers who aren't familiar with this particular way to play games with a deeper understanding of the discipline on display.

Part of this broad appeal comes from Golden and Sinister also taking time to explain the very basics of Super Metroid: what this game is, how it controls, what the goal is and what each weapon upgrade does. It's never enough to be grating if you're already familiar, but it provides a solid base for even someone who's never touched a Metroid game to get a sense of what's going on. Providing context while not annoying viewers in the know is a tightrope walk, and in this event it was handled with skill and grace.

This is where other commentary-heavy gaming events tend to fall apart. 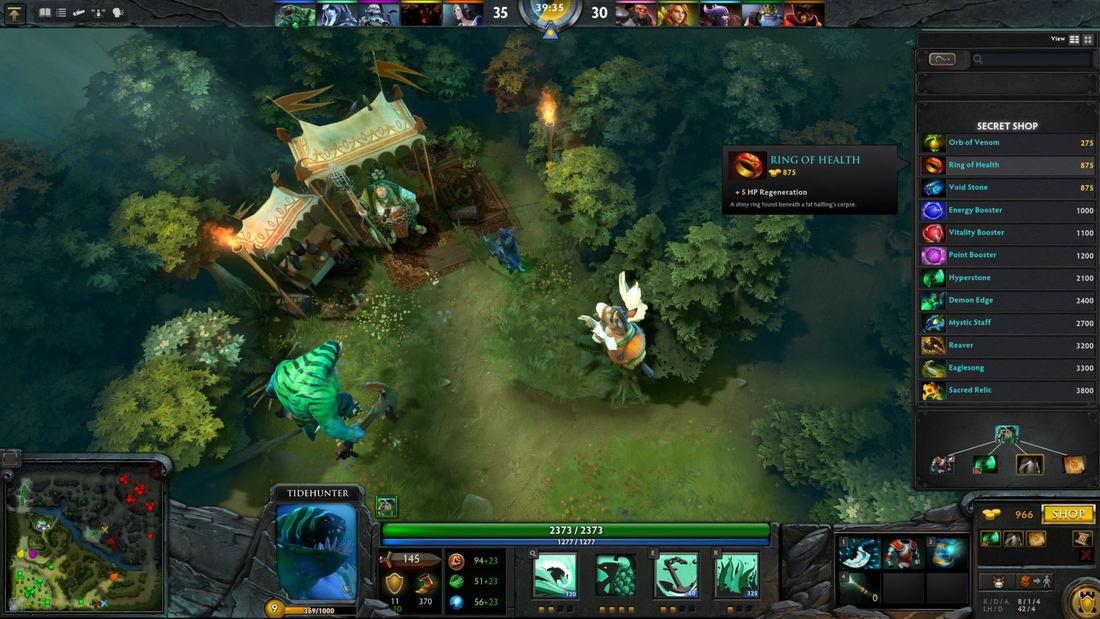 Compare the Super Metroid speedrun commentary with trying to follow along with a League of Legends or Starcraft 2 match. Understanding a live match in either game requires either copious previous knowledge or hours upon hours of viewing before things make sense, even with strong commentary.

That's not a big deal to many viewers, and I'm sure some are already preparing angry comments about not wanting things to be "dumbed down," but it's not about decreasing the complexity or density of the commentary. It's about making it smarter, smoother and more approachable.

Competitive play in these games is already massively popular, with fans often staying hooked once they understand what they're seeing, but there still isn't an easy way in for viewers who may be curious. Games like American Football are taught in schools, and we take knowledge of the arcane rules of mainstream sports entertainment for granted. Neither League of Legends nor Dota 2 have the luxury of assumed knowledge of any kind.

I sang the praises of Binding of Isaac League Racing last year, in part because of its smart, in-depth (if sometimes distracted) commentary. At the time I reasoned to myself that perhaps it was just harder for a game like Dota 2 to have good, explanatory commentary because of its speed. I no longer believe that's an excuse.

Super Metroid is a much less complicated game than almost any major competitive title with an eSports scene, but two impressive commentators were able to simultaneously discuss four different runs, each moving as fast as they possibly could through the game. They were able to explain what was happening while keeping things entertaining and without getting lost in a flood of jargon.

This isn't an unrealistic expectation for any game, especially in a community that's experiencing the combination of rapid growth and complicated play as most games in eSports. Veteran viewers may chafe at a description of basic play mechanics or terms, but it's necessary for good commentators to master this skill if they want to help ensure the continued growth of eSports. It's hard to find a perfect balance between depth and approachability, but effort in this area would be greatly rewarded over the current "sink or swim" model of spectating.

The Speed Demos Archive team will hopefully continue building on this great format for races as they move toward this year's Summer Games Done Quick. But even more than that, I hope other commentators across the spectrum of gaming take a look and consider how they can improve and continue opening up a wider audience to the joys of watching skilled players. The Super Metroid run showed the power of inviting players inside the experience. Everyone benefits when more people appreciate higher levels of play.