Share All sharing options for: Valve founder Gabe Newell to do a Reddit AMA once hospital donations reach $500K

Gabe Newell, the man behind Valve, will answer questions in a Reddit AMA if donations to The Heart of Racing charity for the Seattle Children's Hospital reach $500,000.

Newell announced his plans in a post on the website which included an uploaded photo of the Valve head in front of the Reddit screen to prove himself, stating in a comment "well, it's for the kids." You can see that below. 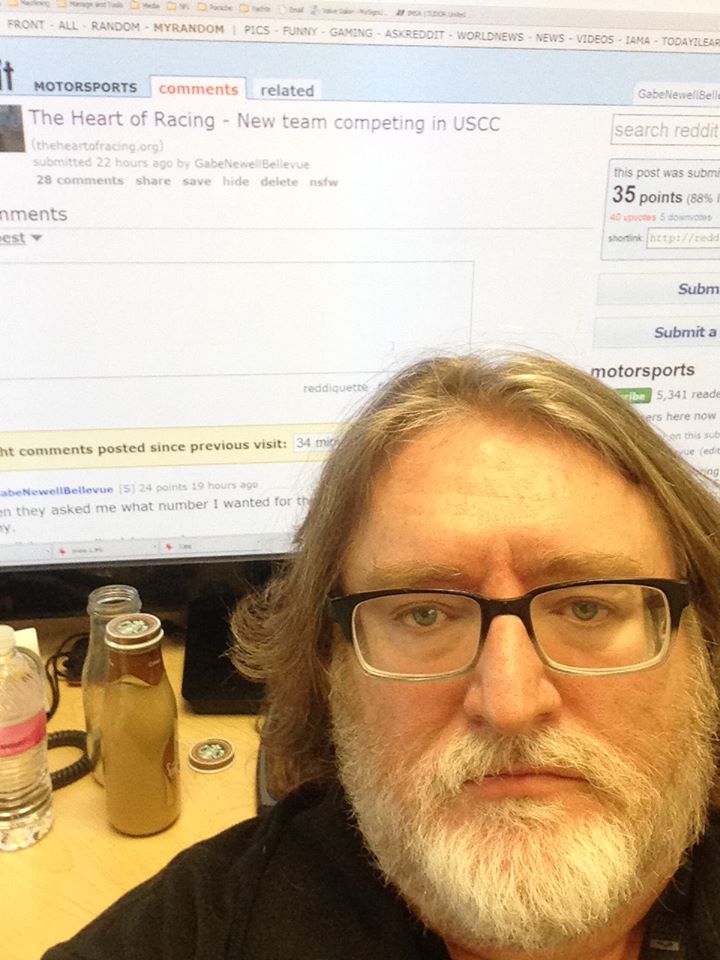 The Heart of Racing charity foundation was created in 1997 by Seattle motorsport drivers Don and Donna Kitch. Since its launch, the group has raised over $5 million for pediatric cardiac care. All proceeds go to the Seattle Children's Hospital, while donations are based on the number of laps racers connected to the charity complete.

Newell will be running a Porsche GT America in the United SportsCar Championship in partnership with Alex Job Racing and Team Seattle for the children's charity.

"I've not been involved in motorsports previously, so it's been a pretty interesting experience," wrote Newell.