Broken Age's orchestral score was composed by Double Fine regular Peter McConnell, and it will be released Jan. 28 on Bandcamp alongside the public availability of the game's first act.

Some of Broken Age's score was recorded live with the Melbourne Symphony Orchestra, while other parts feature small wind and string ensembles. Previews of five pieces are available on McConnell's SoundCloud page, and you can see the cover artwork below.

McConnell previously contributed original scores to Double Fine's Brutal Legend and Psychonauts, as well as a number of games that studio head Tim Schafer worked on at Lucasfilm Games and LucasArts, such as Grim Fandango and the Monkey Island titles. More recently, McConnell has composed music for PopCap Games' Plants vs. Zombies 2: It's About Time and Plants vs. Zombies: Garden Warfare.

"I've worked with Peter for 20 years now, and have loved every soundtrack he's created, but I have to say that this could possibly be my favorite," said Schafer in a press release yesterday. "There are several points in this score that make the hair stand up on my neck. Also the hair on my back. And those weird little patches of hair on my upper arms that look like sheriff badges."

You can read and watch our full review of Broken Age Act 1, which was released to the game's backers Jan. 14, here. 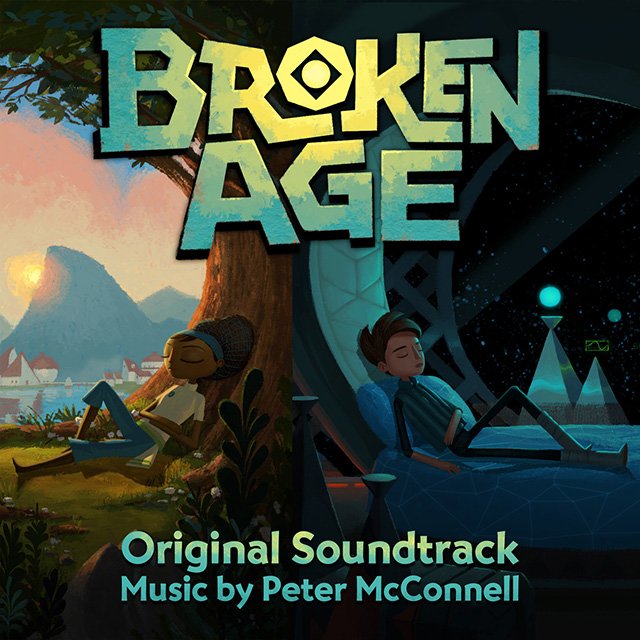