You'll remember your enemies in Middle-Earth: Shadow of Mordor

Share All sharing options for: You'll remember your enemies in Middle-Earth: Shadow of Mordor

The enemies in Middle-Earth: Shadow of Mordor are special.

The angry, slimy, war-mongering orcs aren't just grunts the player kills to level up (although they certainly can be, if that's what the player wants). The enemies can be useful to the player. They can act as an intelligence resource. They can serve as minions. And, sometimes, they might even have a history with the player. No two orcs are the same, and no two players will have the same encounter with the same foes. The villains, as Shadow of Mordor's director of design Michael de Plater says, are personal.

"When players can create their own stories, it becomes so much more meaningful and memorable..."

This kind of villain is made possible by the game's Nemesis System, which developer Monolith Productions detailed during a recent demo of the action adventure game set in the universe of J. R. R. Tolkien's Lord of the Rings. Players control Talion, a ranger who was murdered at the hand of the evil Sauron's forces but was resurrected with Wraith abilities. As a result of the resurrection, there's a duality to Talion's character: he has the skills of a ranger, but also finds himself with Wraith powers that allow him to see into the mind of enemies. Both sides have separate skill trees, which means he can develop both his ranger skills and Wraith skills and toggle between them to his advantage.

As Talion ventures into Mordor to take down Sauron's forces, players will get to experience the Nemesis System, which features procedurally-generated enemies that are shaped by the player's actions. According to de Plater, the idea for the system came from the desire to give players freedom about how they wanted to play, and to make the sandbox environment of Mordor feel like a living world.

"We wanted to make it feel like a dynamic society, [we wanted it to] feel alive, and to make it so that as you're traveling, you're really able to have an affect on that world.

"We didn't necessarily start with the idea of making it procedural. I think the starting idea was we wanted to do something new and next-gen with our enemies. There are villains in every game, but how do we make the player create their own personal villain?"

De Plater cited sports games as a big influence on Shadow of Mordor's systems. He said that in sports games, the story of how a team performs in that season gets constructed over the course of the season. It's not scripted. Rather, it's shaped by the player's performance.

"When players can create their own stories, it becomes so much more meaningful and memorable," he said. "In every game, you fight so many nameless grunts, and we didn't want to do that. We wanted to make those more interesting and give them more possibility [without creating scripted villains.]"

De Plater demonstrated this through a mission that takes place early on in the game. Talion infiltrates a village in Mordor that is in the process of being subjugated by Sauron's forces. His target is Ratbag, a slave trader who is leading the charge of enslaving everyone in the village. In the process of hunting down Ratbag, Talion uses his Wraith abilities to see into Ratbag's mind, which leads to an important discovery. When players read an enemy's mind, they are able to see the connection an enemy has with other enemies, as well as the hierarchical structure of the orc world. In the case of Ratbag, this mind-reading reveals that he is in fact a bodyguard to a war chief that Talion is trying to take down.

Instead of killing Ratbag, Talion brands him and makes him his minion. Ratbag will now lead him directly to the war chief and, when the order is given, fight alongside Talion. 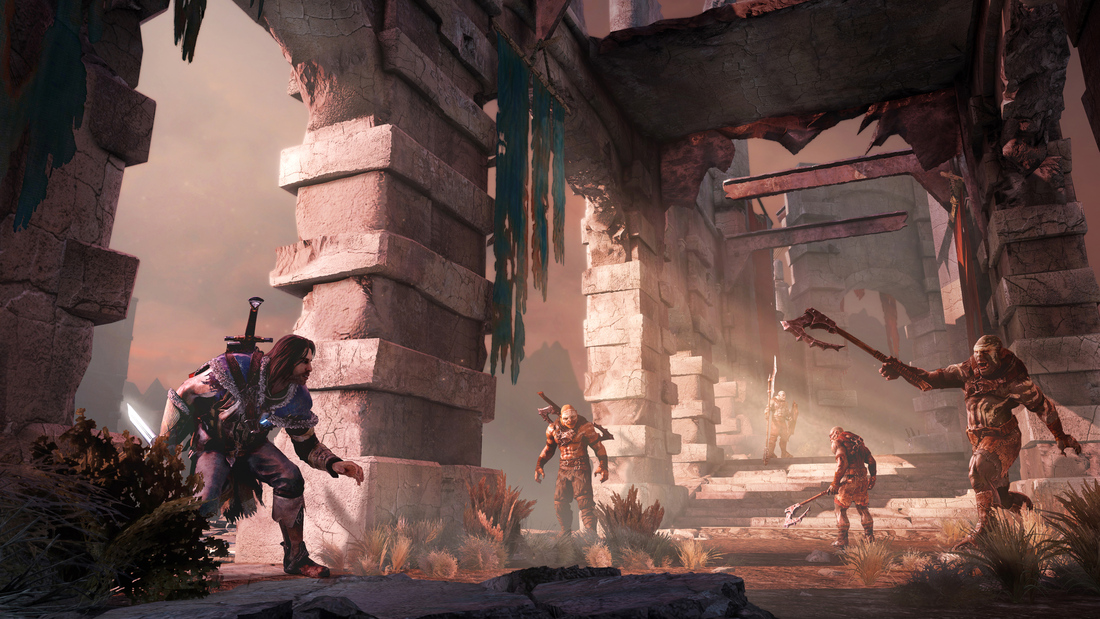 The battle system bears a resemblance to that of Batman: Arkham Asylum, which de Plater cites as a source of inspiration. Talion has a range of attacks and counter-attacks, all of which carry with them a weighty blow. The addition of swords and shields increases the lethality of his attacks, often resulting in amputations and the occasional decapitation. Players can frequently switch between Wraith view and ranger view to take advantage of Talion's different abilities. Use Wraith view to stalk your targets, use ranger view to hunt them down.

The Nemesis System opens up a number of strategic possibilities. Instead of mindlessly going after captains and war chiefs — many of whom are likely to be too powerful for Talion to take on without planning — it lets players plan their attack. Through the Nemesis System, players can learn about the orc hierarchy, the connections the orcs have to each other and, most importantly, the strengths and weaknesses of the enemies. So instead of going for the top enemy straight away, which will likely end in failure, players can navigate their way through orc society, killing some enemies on contact, interrogating others for intel, branding others for later use, and plotting their way to the war chiefs. Along the way, enemies will remember Talion. 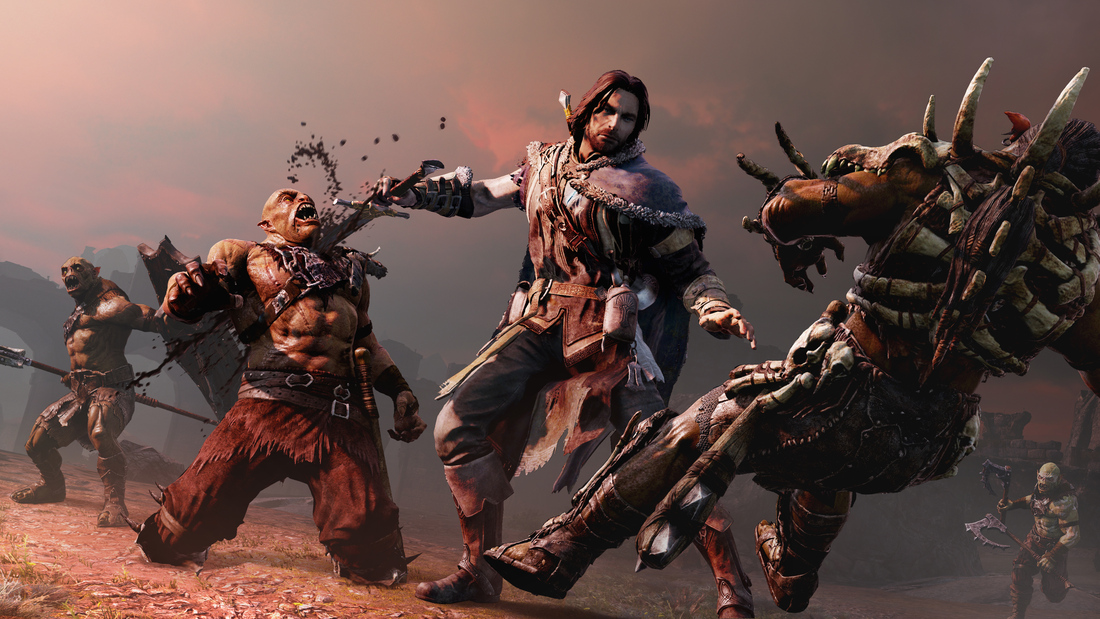 "You could be meeting some of these guys four, five or six times if they kill you, or if a fight is inconclusive, or if they're injured. Those scars are going to mark your enemy," de Plater said. "They're going to remember you. They're going to hate you even more, and they're going to level up and hunt you down."

According to de Plater, the game keeps track of every encounter players have with enemies. "We know, out of these hundreds of enemies which ones you've had the biggest relationship with and what the nature of that relationship is," he said. "So when we really want to make a villain pop up out of the crowd, if someone gets burned or if they get stomped by trolls or shot through the head, that's the guy can can bring back.

"It's not going to happen everywhere, but we hand-select the coolest guys based on your play-through and bring them back. When that happens, it's super memorable."