Sorcery Saga: Curse of the Great Curry God looks sweet and innocent. But don't let that fool you. Underneath the kooky story and colorful art lies a brutal game.

Curse of the Great Curry God ignores the niceties that have recently accompanied more accessible derivatives of the roguelike role-playing game sub-genre. Roguelikes are designed around a single, simple concept: play through randomly generated dungeons; if you die, you lose all your stuff.

In that spirit, Curse of the Great Curry God opts for punishing gameplay. Whether it's despite or because of that steep difficulty, Aksys Games' latest action RPG pulled me in. But it never successfully negotiates the balance between fun and frustration.

You play as Pupuru, a courageous teenage girl and megafan of a local curry shop. When a new chain restaurant opens up downtown headed by an evil businessman, Pupuru vows to gather magic ingredients for a legendary curry recipe to save the smaller shop. 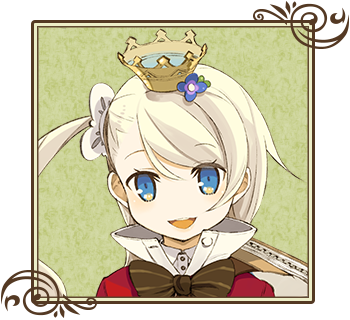 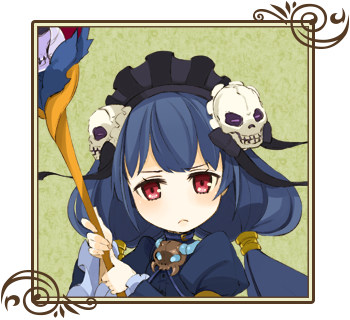 The premise is supported by an eccentric cast of characters. These include a creepy evil lord named Gigadis, a girl who reads "curry auras" and a creature named Kuu who serves as your companion throughout the game. It's colorful and goofy, though the story and writing contain problematic elements, like older male characters that hit on the teenaged heroine and plenty of tasteless jokes [see sidebar].

The absurdity of the premise sits at odds with Curse of the Great Curry God's gameplay. The game is all about repeatedly playing through randomly-generated dungeons, killing monsters, finding items and upgrading your gear and magic skills so that you can take on tougher dungeons and more difficult bosses. It's an initially absorbing treadmill.

Though you don't control him directly, your pet Kuu comes along for every dungeon dive. Kuu needs to be fed when damaged and he levels independently of Pupuru. I turned him into a super-powered minion, throwing him armor and magic scrolls. I was able to sic Kuu on enemies when I tired of button mashing, and leveling him was often faster and more fun than leveling Pupuru.

Improving Pupuru's gear is the only real way to progress throughout the game, as you start at level one every time you step into a dungeon. You can upgrade your equipment in town by paying off one of Kuu's relatives to craft gear and items together. So it always made sense for me to spend resources here. 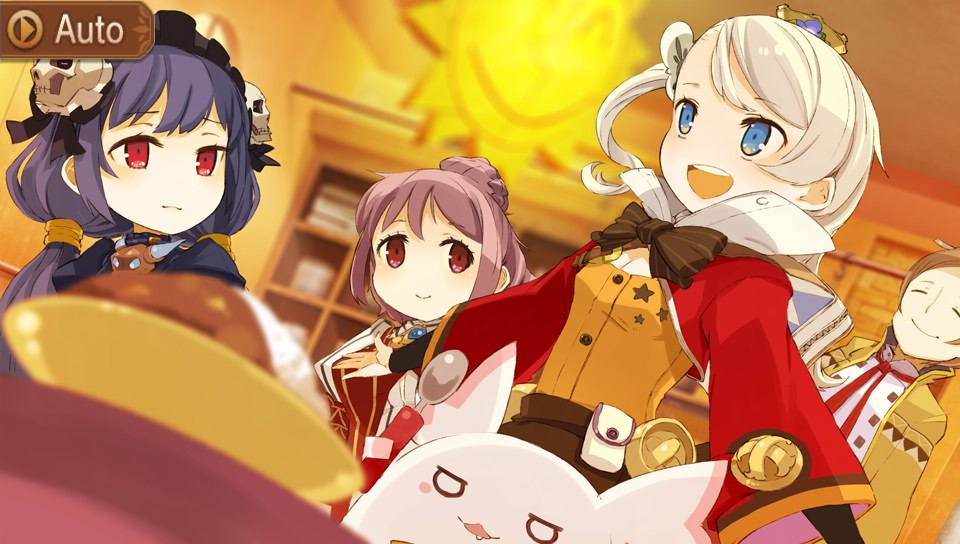 Curse of the Great Curry God's bizarre writing tries to be cute and sassy, but it's often gross and off-putting. Pupuru attracts the attention of Gigadis, a much older man who pines for her and makes uncomfortable advances towards her throughout the game. She rebuffs him, but it doesn't stop his constant marriage proposals and verbal fantasizing about her.

The script is also lousy with poorly-thought-out molestation jokes and digs at people with mental illness. The cutscenes should have been a respite from the incessant grinding, but I found myself dreading them even more than my thirtieth crawl through a dungeon.

That is, it did when I had gear to bring back from my explorations. Curse of the Great Curry God killed me over and over, and I lost everything I had with every death. At one point about fifteen hours in, I thought I had nailed it. I was on my fifth attempt in a particular dungeon, after having built my sword and shield up into formidable weapons through careful, painstaking work. As I was about to go face off against the boss character, I happened by a cat enemy. Kuu engaged (his AI goes after anything you get close enough to) and quickly died. Before I knew what hit me, I was dead too and my powerful equipment was gone.

Before I knew what hit me, I was dead

This cycle only got worse. After spending 20 plus hours of dedicated grinding for better equipment, I later lost everything in about ten seconds thanks to two unfortunate random effects and a possible glitch. Instances like this were common, frustrating and heartbreaking. I know that luck and getting profoundly unlucky from time to time is part of the deal with a game like Sorcery Saga. But that didn't make it sting any less when I got screwed over.

This aggravation is compounded by a clunky, unintuitive menu and a slew of minor glitches. I died multiple times because of an enemy that was clipping through a wall. And I don't even want to think about the number of times a crucial item disappeared without any explanation. These minor annoyances added up and frustrated me further in a game that was already pushing my patience to its breaking point.

The game's greatest sin is its arbitrary and capricious nature

Curse of the Great Curry God made me want to master its mechanics out of spite. And after a few hours, that anger was the only thing that kept me going during long, grindy sessions. But this slow burn is tedious. Wasting low-level enemies on the first floor of any dungeon is a slog, even when you have higher-level equipment that makes quick work of them. Combat wasn't dynamic enough to sustain my interest for the number of hours demanded of me.

Sorcery Saga: Curse of the Great Curry God's greatest sin isn't the grind — it's the game's arbitrary and capricious nature. I don't mind being punished for my mistakes, if I know what I did wrong. Curse of the Great Curry God never did me this favor. I never felt satisfied during my experience, even when I did manage to progress, because so much of that success was down to luck.

Sorcery Saga: Curse of the Great Curry God treated me like a bad pet, whacking my nose with a newspaper without ever showing me what I did wrong. I like difficult games, but it was impossible to feel like I was progressing. Tedious mechanics, arbitrary deaths and disturbing, off-putting writing got in the way of any appeal the goofy premise might have held. Curse of the Great Curry God could have been a challenging treat, but instead it left a bad taste in my mouth.

Sorcery Saga: Curse of the Great Curry God was reviewed using a downloadable code provided by the Aksys. You can read more about Polygon's ethics policy here.