Blizzard is revamping some of its character models with World of Warcraft's next expansion, World of Warcraft: Warlords of Draenor, and the studio revealed a work-in-progress version of its redesigned human female race today.

According to Chris Robinson, World of Warcraft's senior art director, Blizzard's goal in changing the game's player models is to deliver a "spiritual update" to the existing characters — to bring them up to par with the newer models of recent expansions like Mists of Pandaria, while "retaining the core look and feel that has always made them your character."

The updates involve notable jumps in polygon count and texture resolution; an increase in the amount of "bones" to allow for better animations and facial expressions; and the same rigging technology that Blizzard used to animate the Pandaren of Mists of Pandaria.

"For the human female this meant we could give her more muscle definition and personality in the face while still staying true to the overall look and spirit of the original. Hopefully this will also help show her as more of the capable fighter that she is," said Joe Keller, senior character artist for World of Warcraft at Blizzard.

You can check out images of the redesigned human female model below; the current model is all the way on the left. Warlords of Draenor, which Blizzard announced at BlizzCon 2013, will be available later this year. 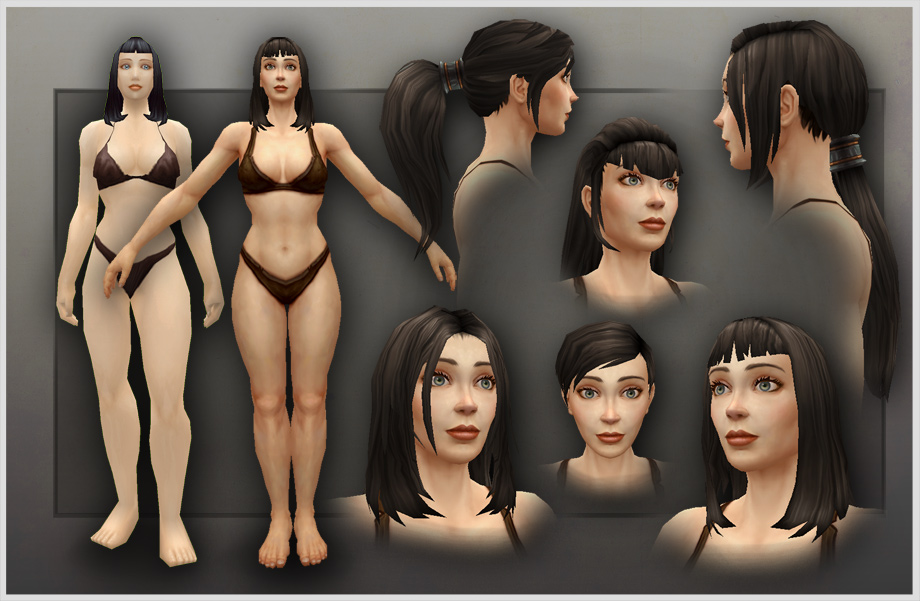