Pondering our technology-dependent society in Troubadour

Share All sharing options for: Pondering our technology-dependent society in Troubadour

Troubadour, which the three-man team at Cicatriz Entertainment calls an "interactive graphic novel," is born out of two relatively recent developments. In the realm of video games, there's the rise of shorter experiences that are interactive but may or may not be "games" in the traditional sense, depending on whom you're talking to. In the world at large, there's the anxiety over modern society's reliance on technology.

"I'm on Twitter all the time. If I'm awake, I have my phone in front of me, or I'm sitting in front of a PC. I'm never disconnected," said Eric Doty, writer and programmer for Troubadour, in a phone interview with Polygon earlier this week.

In Troubadour, for which Cicatriz launched a $15,000 Kickstarter campaign on Jan. 22, Doty wants to explore how pervasive technology has become — not necessarily to say that technology is bad, but to examine it with a critical eye.

"Am I only ever interacting with other people through devices? And when I do sit down with them at a table, face to face, are we only looking at our phones? That's dangerous, I think. It's not inherently bad, but we have to be able to remove ourselves for a second and just think about it — evaluate what we're doing and how we're sharing our lives with each other," said Doty.

Troubadour takes the form of a pixelated side-scrolling adventure, and the ways in which the player interacts with the environment — a cyberpunk-style vision of the future with visual glitches — will move the story forward. Cicatriz is planning for Troubadour to be no longer than a half hour or so, and that's for a number of reasons. For one, said Doty, the story should only be "as long as it needs to be," and 30 minutes is about the length of the tale he wants to tell. Another issue is that in some cases, Doty sees length as a barrier to entry.

"I want people to go in with the expectation of, 'I'm sitting down and I will finish this game,'" he explained. "It doesn't have super-hard puzzles that stop you from progressing if you're not smart enough, and there's not a ton of friction that slows you down to extend the length of the gameplay."

The last thing Doty wants is to hear that someone started Troubadour and didn't finish it, and he's hoping that by designing a short experience with few gameplay impediments, Cicatriz will prevent that from happening.

"It's very much meant to be accessible," said Doty. "My mom could sit down and she could get end to end without really getting stumped. Anyone with a basic level of how to use a PC should be able to get through this experience." 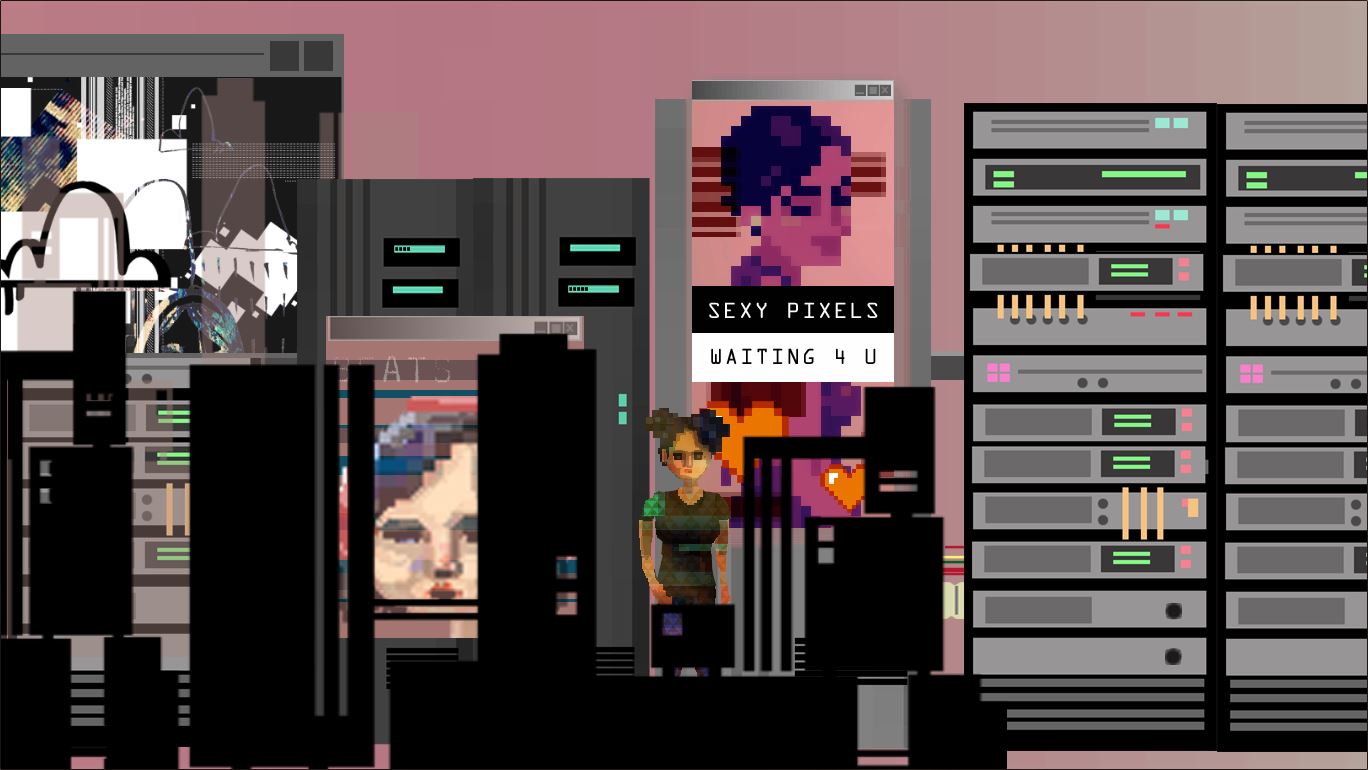 Whether or not Troubadour is a game isn't of much concern to Doty, who counts himself as a big fan of narrative-focused experiences such as The Fullbright Company's Gone Home. Similarly to that game, the player character is a 20-something woman, in this case named Lu. Troubadour isn't as specific about its time period as Gone Home is about 1995, but Lu is a Millennial who's grown up along with computers: Doty described her as someone who transitioned from a landline phone to a flip phone to a smartphone. He was hesitant to reveal much about Lu and her journey, but said that over the course of Troubadour, she'll realize the effect technology is having on her life, and she'll gradually learn to moderate the ways in which she uses it.

"I like to think of this as an art project"

In Doty's day job, he works for the Xbox team at Microsoft as a community strategist and project manager. His cohorts at Cicatriz, Zak Alexander (art and design) and Dallas "Deezign" Stoeckel (music and audio), have been developing Troubadour on and off for the past year, and they first showed it to the public at PAX Prime 2013 last September. An "overwhelming" reception there gave them confidence, but they remained initially reluctant to try Kickstarter even though Doty had previously used the crowdfunding service to get a comic made.

"We definitely didn't want to do the Kickstarter route without having something playable that we had built," said Doty. The $15,000 that Cicatriz is asking for would fund the rest of development on Troubadour, which will be a one-off experience when it's done.

"We're not thinking of it as a product. We're not doing this as a business; we're not doing this to make money. We just need enough money to create it," said Doty. "If we don't make any money after it goes up available for everyone, that's fine. I like to think of this as an art project."

As of this writing, less than three days into the funding drive, Cicatriz has raised more than $5,600, almost 38 percent of its goal. You can check out the Kickstarter page for Troubadour, which is in development on Mac and Windows PC, here.