How an RTS is seeking to change browser games forever

Share All sharing options for: How an RTS is seeking to change browser games forever

Developers have long used their ingenuity to take limited technical resources and create smart, original browser games. But it remains a platform-in-waiting, as new innovations seek to expand its horizons.

Traditionally, its lightweight ability to move large scale graphical assets, or to render complex visual activity has left it well adrift of PC and console gaming. But change is afoot.

Artillery is a company that is turning all its efforts on creating an HTML5 browser-based game engine that will render and deliver fast-paced, graphically rich games that will appeal to hardcore gamers. Its first game, essentially a shop window for the engine, is a real-time strategy, multiplayer title called Project Atlas.

The company, based in the heart of Silicon Valley, has a simple argument. Cloud computing offers manifold benefits to gaming (limited download waits, no storage, ubiquitous accessibility etc.), and there is no window to the cloud quite as handy as the browser. We've all got one. In all probability you are looking at one, right now.

Already, many of us use the browser for much of our daily activity, like email or social media. And browsers aren't just for computers.

"Our bet is that in five to 10 years, televisions will all have really fast browsers built in to them," said CEO Ankur Pansari. "In that sort of world, every television on earth, conceivably, could have a console built in to it. You look at Xbox 360, I think there are 80 million installed globally? If you can get that built in to the television itself, you're talking about billions of screens. Then a developer, rather than reaching 80 million players, can reach a billion or two billion players for these types of immersive experiences. That's pretty interesting."

The only downside to this argument is that graphically intense, fast-paced, multi-unit, multiplayer games are a lot more difficult to deliver via a browser, than, say, email or streaming video. Pansari said that his tech team has this licked. With Project Atlas, there is no hanging around for downloads and, according to the company, no issues with lag. Obviously, no-one wants to play an RTS, one that is supposed to look, feel and move like StarCraft, if it's juddery or keeps hanging up.

"The browser has that connotation of having just tiny Games Lite," said Sean Plott, aka Day[9], who is head of games at Artillery. "But with the technology we have, browser games won't feel different from a StarCraft as far as what the graphics can do, what the response can do. The whole thesis of the company is to make the fact that it's in a browser irrelevant."

Plott is a former StarCraft champ who is now an e-sports commentator and host of YouTube show Day[9]TV. He joined Artillery late last year to work on Project Atlas. It's an opportunity, he told Polygon, to follow his dream of developing games.

When Plott was approached by Artillery he needed to see Project Atlas actually working. "The first time Ankur explained it to me, I said, 'no, you can't do that'," said Plott. "It's impossible. There are latency problems, there's no way you can get the big 3D models in there. You can't do it. I was expecting him to say that they had re-imagined the RTS. Instead, he pulled out a laptop with a phone tethered to it for internet and he showed me a functioning prototype. And I was like, Noooo!'." 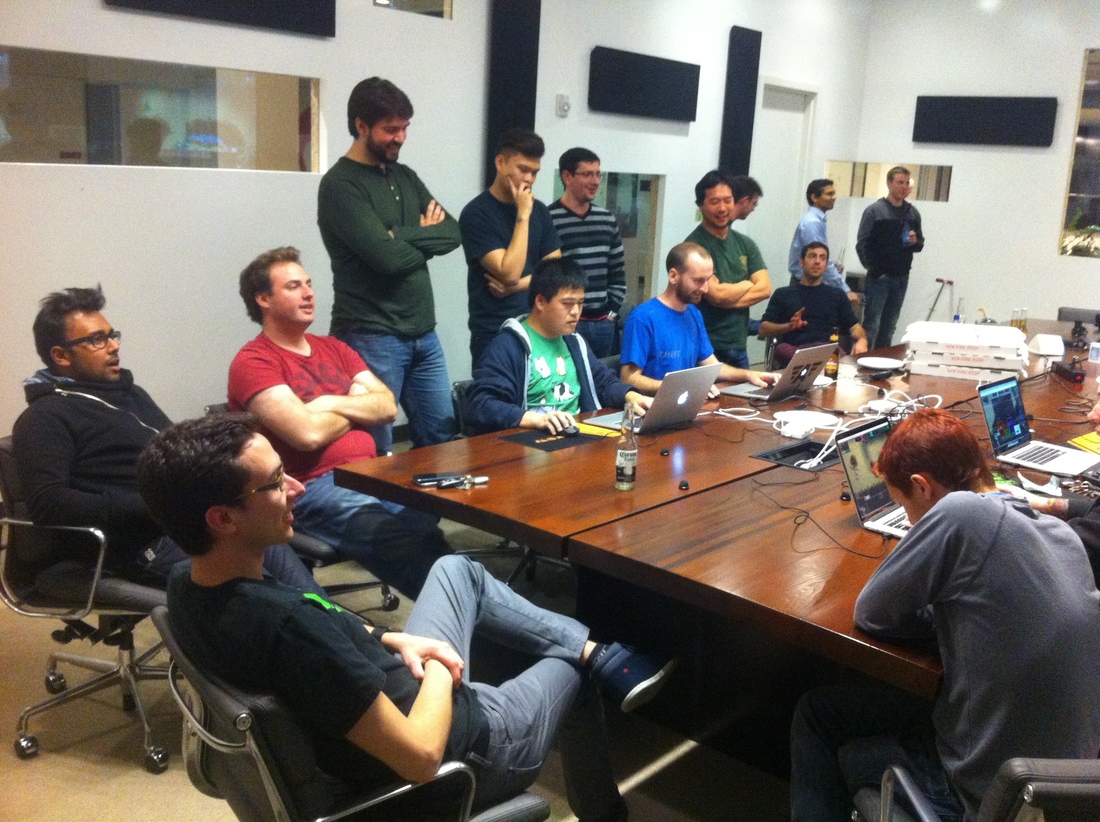 Like Plott, Pansari is a huge StarCraft fan, but his background is from the tech start-up tradition. Previous employers include some familiar names. "All of us on the founding team worked at Google or Facebook before," he explained. "We saw what was possible when we could take something like email and put that into a browser and reach a huge audience. But when we tried to do that for gaming, what we encountered were huge technical problems. Making a game instantly playable, making it multiplayer, making it 3D, and making it work in a browser without plugins is not easy."

"We encountered a lot of skepticism," he added. "We still do. But we think we can surmount it. We think we've got technology that's working pretty well. We're already using it, and we have players that are using it. If we're lucky, we can really set the stage for what's possible."

Although Plott's role is to perfect the feel of the RTS, he also serves as a useful layman in explaining the JavaScript and WebGL-based tech. "The idea is to not make it a stream of data or a video stream," he explained. "For instance, if I'm watching Netflix upstairs and there's three other people watching Netflix in my house, it's going to look fuzzier. But if you think about it, what does a normal game require? In terms of the data transfer, it's much smaller packets of information." 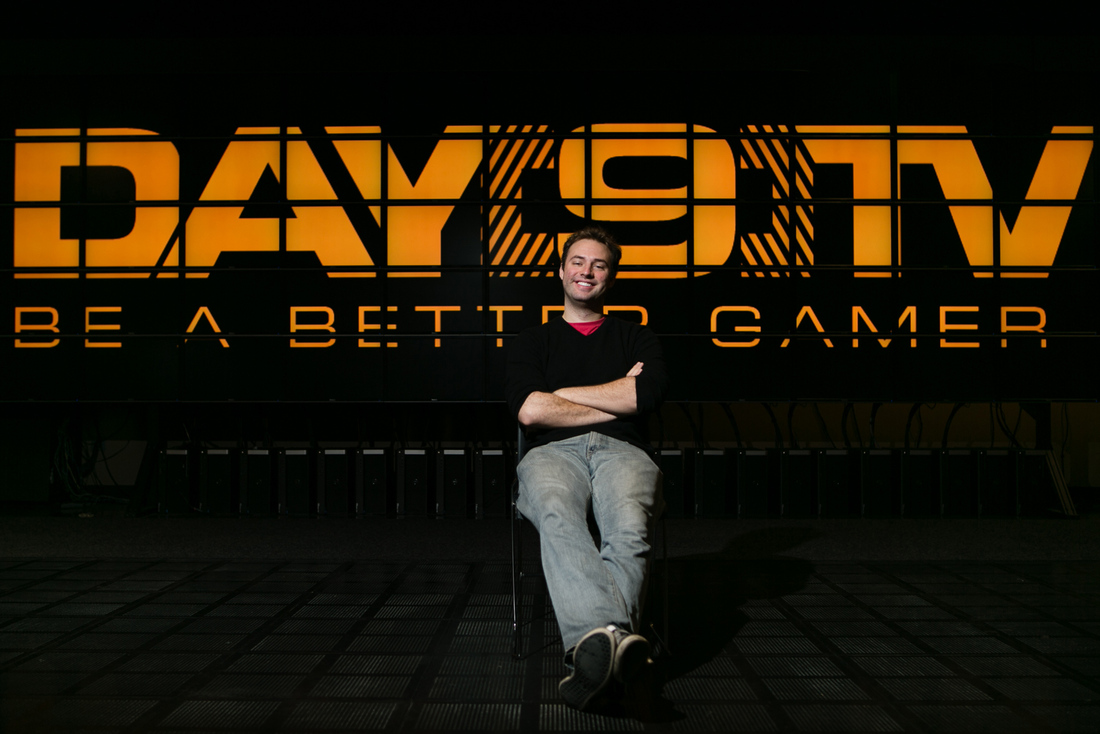 On the face of it, an RTS, with its multiple moving parts and its need for absolutely pinpoint feedback between player and units, is a tough test for browser gaming. "All modern games have this idea of a lockstep architecture where everyone sends to the server what they think they're doing and the server confirms and reports back to people to keep everyone synchronized," Plott said. "Those packets are not as expensive as things like video. So the technology very smartly figures out how to send you the visual data in a way that does not interrupt that stream, because that stream is of core importance. It would be dumb if it was a game that would lag everyone to make sure that a sparkly shader would look nice. The most important thing is the gameplay, so it accounts for that intelligently."

A demo, shown in-office, all seemed to work without any hitches. Of course, the real test is when the beta is opened up to players in the real world. In the white heat of multiplayer RTS combat, there will be little room for error.

But Pansari takes the long view. He believes that hardcore gaming through the browser is the future direction of games. If Project Atlas works in the field, he is looking to work with games publishers and developers to bring their shooters, sports games and 3D RPGs to browsers.

"It's not sufficient to just have great technology," he said. "You look at a company like Valve, they have amazing technology in the Source engine and the Steam platform, but they also have amazing games that are beautiful and fun to play."

Meanwhile, Plott is using his experience as a high-ranking StarCraft player and e-sports pundit to make Project Atlas look like it's a big step up from run-of-the-mill browser games. He said that making a game can be a lot like playing against a tough opponent in a contest.

"It's the exact process I went through with strategies, playing StarCraft where you'd say, 'here's an idea. Let me try it'. Okay, it's not working," he said. "So you try to sculpt it and it starts to work a little better. You make some progress and have to readjust it. Then it starts not to work again. It's that comfort in the environment of something not working, but also being kind of stubborn and trying to make sure it works."