The Elder Scrolls Online will get a deluxe Imperial Edition release, an unannounced package reportedly leaked via an image posted on Amazon, according to a report from GameTrailers.

The special-edition version of the massively multiplayer online role-playing game will come with a variety of physical and digital goods that appear to be exclusive to the oversized Imperial Edition. These include:

Digital bonuses include the option to play as an Imperial in any alliance, a white Imperial horse, a mudcrab vanity pet and Rings of Mara. 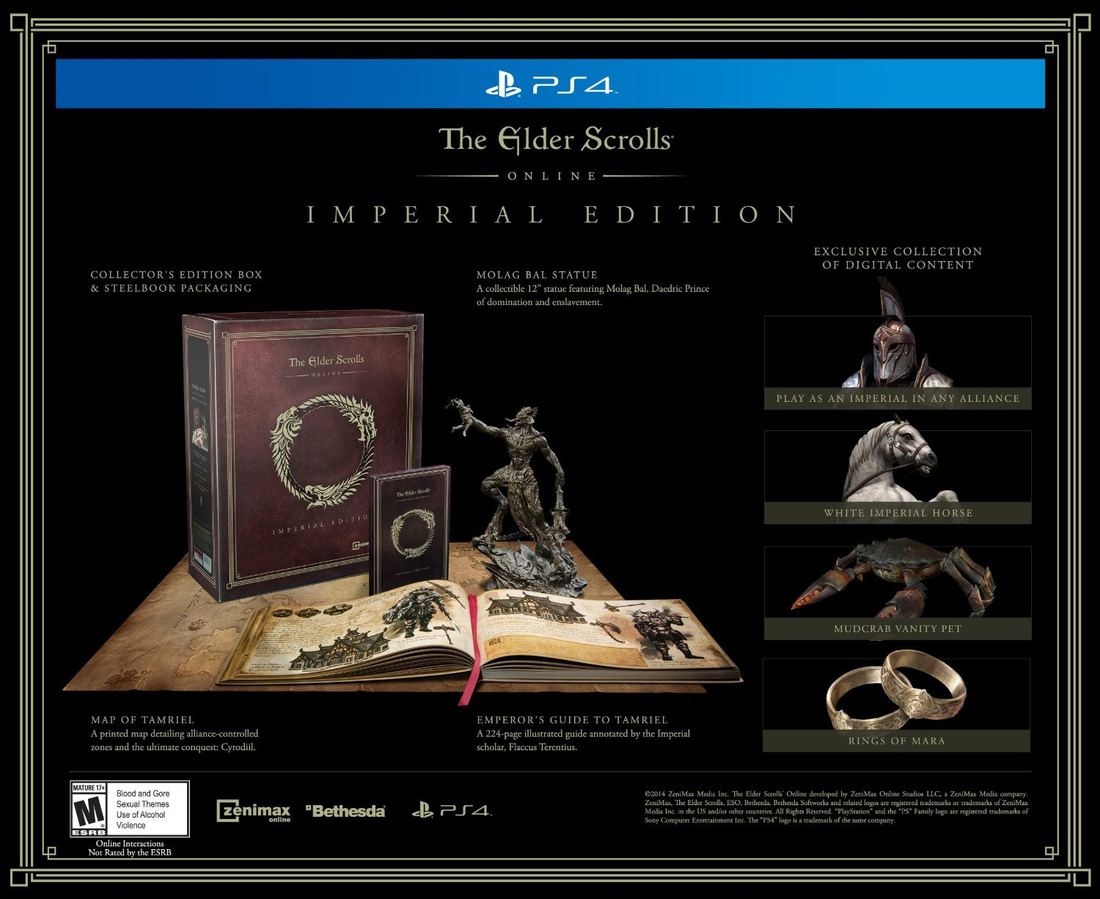 The image only outs the PlayStation 4 version of The Elder Scrolls Online Imperial Edition, so it's unclear if other platforms — Mac, Windows PC and Xbox One — will get their own versions. It's also not clear how much the Imperial Edition will cost. The standard edition will retail for $59.99.

We've reached out to Bethesda for additional details.

Update: Bethesda officially announced the Imperial Edition on Jan. 29. It will be available at retail on all platforms for $99.99 in North America, £89.99 in the U.K. and €99.99 in Europe, and interested parties can now pre-order it.

In addition, Bethesda released a new, eight-minute cinematic trailer for The Elder Scrolls Online today called "The Arrival." You can watch it below.

Every movie and show coming to Netflix in October