Bravely Default is a masterful blend of old and new.

Bravely Default recalls RPGs from a simpler time. But, like a nostalgic memory, it only remembers the good parts.

Silicon Studio and Square Enix's latest release for the 3DS plays like a classic Japanese role-playing game, with a grand storyline, an emphasis on level grinding and countless enemies to fight. But Bravely Default's real draw lies in the way it captures the feel of the older classics while modernizing the experience. With a unique take on turn-based combat and an emphasis on customizability, it successfully balances old and new. It only stumbles when it follows its predecessors too closely.

Bravely Default's premise is as well-worn as the genre itself. You play as a party of four young people, on a quest to rid the world of a mystical evil. And while there are plenty of twists along the way, the story felt more like a pastiche of tropes than its own unique take. I didn't mind, exactly — the archetypal characters were appealing enough, and the game's gorgeous aesthetic kept me interested even when the writing itself turned boilerplate. But all of this is window dressing for the game's core emphasis on combat and level progression. 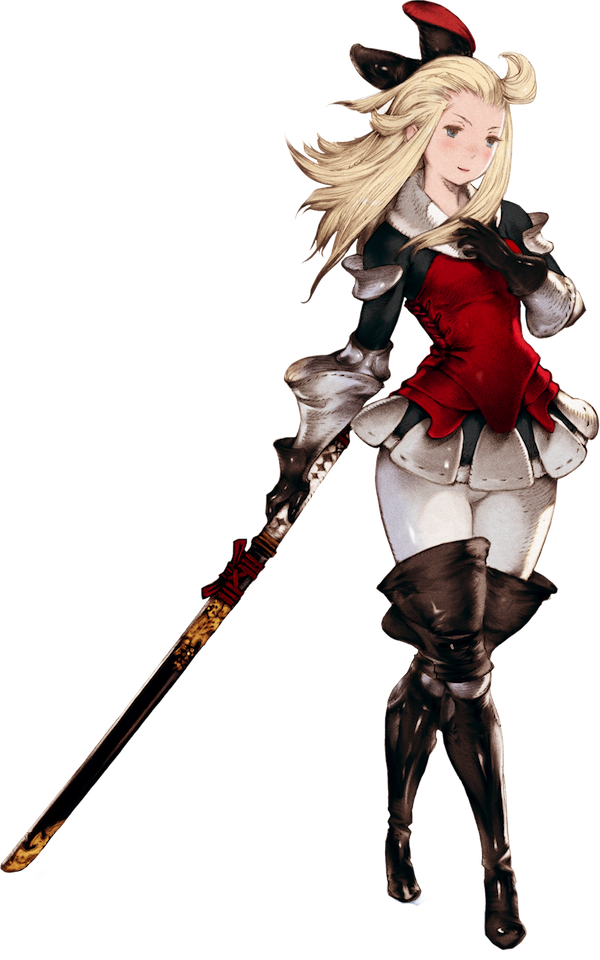 Fights in Bravely Default are turn-based, with a twist. On every turn, you can take action — attack, or use magic or items — or you can choose to "brave" or "default." If you default, your character will guard and wait out the turn, but they will also earn a BP point. BP points can be exchanged for brave actions — which allow up to four regular actions in a row. I could choose to attack four times, or I could blend attacks, spells and special moves.

This system makes for tense, strategic combat. I had to learn enemies' patterns, sometimes defaulting for several turns before I found the perfect time to pounce. And I had to watch for the default and brave actions of each foe. Knowing when and how to strike — and when to default and bide your time — is key to mastering Bravely Default.

That mastery pays off. It always felt great to unleash a flurry of attacks after sitting out of the action. And the game never let me get complacent, with constant enemy variation that kept things fresh, even after hours of dungeon crawling.

These systems made for an addicting cycle. As I fought my way through the game's massive world, I constantly felt like I was progressing and improving.

But Bravely Default leans a little too heavily on level grinding as the game goes on. I spent several hours at one point killing low-level monsters in a field outside of a dungeon area, just getting ready for a boss character. This would have been fine — but I had already done my time in the dungeon itself, wasting the monsters that were supposed to get me ready for the big guy.

This gave me battle fatigue at times, and it felt like unnecessary padding in an already lengthy game. But Bravely Default's user friendliness helped to take some of the sting out of the grind. I could change the game's difficulty on the fly, with no penalties. And separate from the general difficulty, I could tweak the frequency of enemy encounters at any time, pushing the meter up when I needed to power level quickly. This was also a godsend when I was hurting and needed to get back to town without wiping out.

These are small features, but they're welcome in a game that otherwise emulates a no-nonsense traditional experience. There are other modern amenities, including a well-implemented 3DS StreetPass system that allows you to manage and rebuild a town in the background of the main game. The more people you StreetPass (or add online), the more workers you can put towards improving weapon and item shops. These, in turn, always yield goodies — powerful items, equipment and even components for lethal special moves. It's a tiny time investment for worthwhile payoff, and it had me scrambling for StreetPasses for the first time with my launch 3DS.

Bravely Default's tone is generally sweet and innocent, a throwback to an earlier era. But one character, an old, creepy sage, poisons that vibe. He helps at various points throughout the game, but he wants to "help" in other ways as well, making advances on the barely legal women in the party and explicitly inviting them into bed with him. At one point, he pulled a female character into an overly long and touchy hug that another male character had to break up. This may have been intended to be funny, but it's disturbing, an unwelcome hit of sexism in an otherwise appealing world.

Bravely Default is a masterful blend of old and new

Bravely Default is proof that you can mix classic and modern design successfully. It knows exactly what makes the genre great — the constant emphasis on leveling and improving, of fighting ever more powerful foes until you acquire an almost god-like status, all while opting to let the player decide the particulars of their experience. It feels like the product of many years dedicated to the crafting of JRPGs — and the team at Square Enix and Silicon Studio have nailed it this time.

Bravely Default was reviewed using a downloadable code provided by Nintendo. You can read more about Polygon's ethics policy here.