Share All sharing options for: PrioVR brings accurate, full-body motion control to games without a camera

One of the more interesting attempts is PrioVR, a suit that enables full-body motion control in games without the use of a Kinect, glowing PlayStation Move wand or Razer Hydra-style base.

Instead of using a camera to track your position and movement, PrioVR relies on a series of inertial sensors worn on the head, torso, arms and — optionally — legs. PrioVR comes in three flavors: an upper body version that will cost less than $300 at retail, a full body version and a "pro" version with additional sensors that should come in at less than $400, the company says.

At CES, PrioVR developer YEI Technology was showcasing the upper body version, playing a custom, Unity-based first-person shooter. With a pair of Wii Nunchuk controllers in each hand, used for movement and shooting, the company showed how precise the PrioVR controller can be in certain circumstances. Sniping and precision aiming, for example, appeared to work well; there's little to no jittering, making headshots easy to pull off. 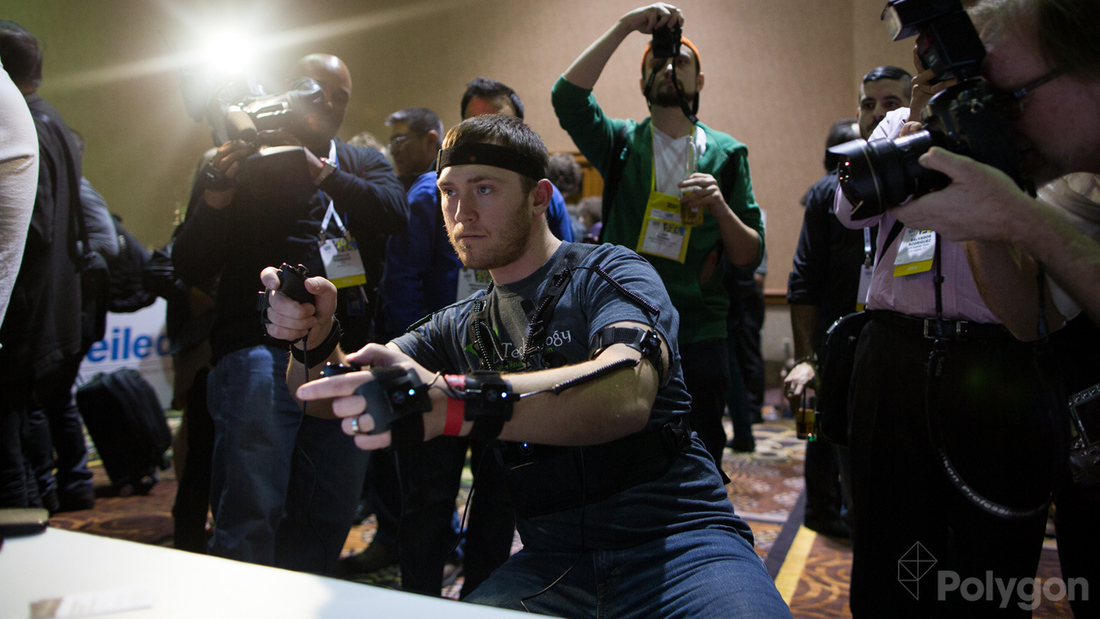 Movement with the PrioVR, as seen onscreen in the demo game, looked somewhat disjointed and awkward, but the effect was still impressive. While arms and hands may have displayed at unnatural angles onscreen, the precision of aiming was there. And because the system doesn't require line of sight to determine your movements, PrioVR cant track movements like lying prone and rolling onto your back to fire from a downed position. That kind of movement requires the full body version of the rig, naturally, but could lend games that support the feature a greater sense of immersion.

The developer plans to show its motion control system at CES this week in tandem with an Oculus Rift VR headset. The company is planning to target PC gaming first, but is not ruling out console support.

YEI Technology tried unsuccessfully last October to crowdfund the PrioVR developer kit through Kickstarter. While that fundraising effort fell through, the company is giving it another shot. A second Kickstarter attempt will kick off in February, with the commercial version of the controller expected to ship sometime this summer.