You can get a look the card in full below, which offers a glimpse at three of the game's characters. The card also features its The Witch and the Hundred Knight, along with the upcoming Disgaea 4: Return.

The Witch and the Hundred Knight is slated for launch on PlayStation 3 March 25, 2014. The game will be released in Europe March 21. 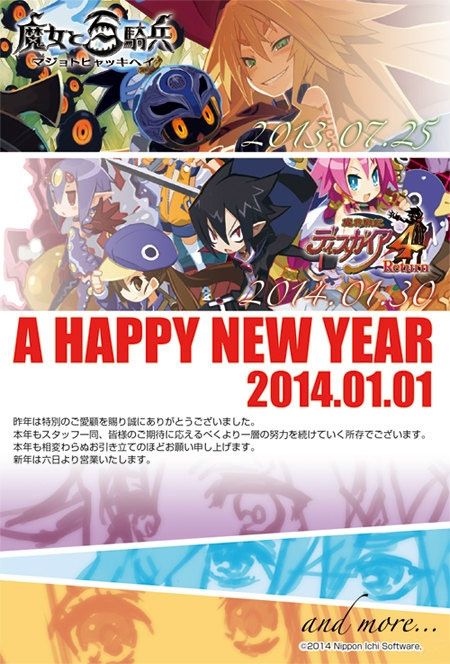