Outrise: Where Shadow of the Colossus meets Left 4 Dead

Share All sharing options for: Outrise: Where Shadow of the Colossus meets Left 4 Dead

A group of developers whose industry experience includes time at Ubisoft, Crytek and Adhesive Games have come together to work on Outrise, an asymmetrical multiplayer shooter that project lead James Wearing describes as Shadow of the Colossus meets Left 4 Dead.

Outrise is in the early stages of development, so early that Wearing told Polygon that the development team isn't even an official studio yet. Over the past year and a half, a core team of six to seven developers have worked in their spare time on Outrise, a passion project that Wearing hopes will soon be something bigger.

"It started with myself about a year and a half ago," said Wearing, who previously worked at Ubisoft and Crytek. "I wanted to build something that was old school in its charm. I grew up watching RoboCop and Terminator, so I wanted to make a game that had the magic that old school sci-fi had that we don't really see any more." 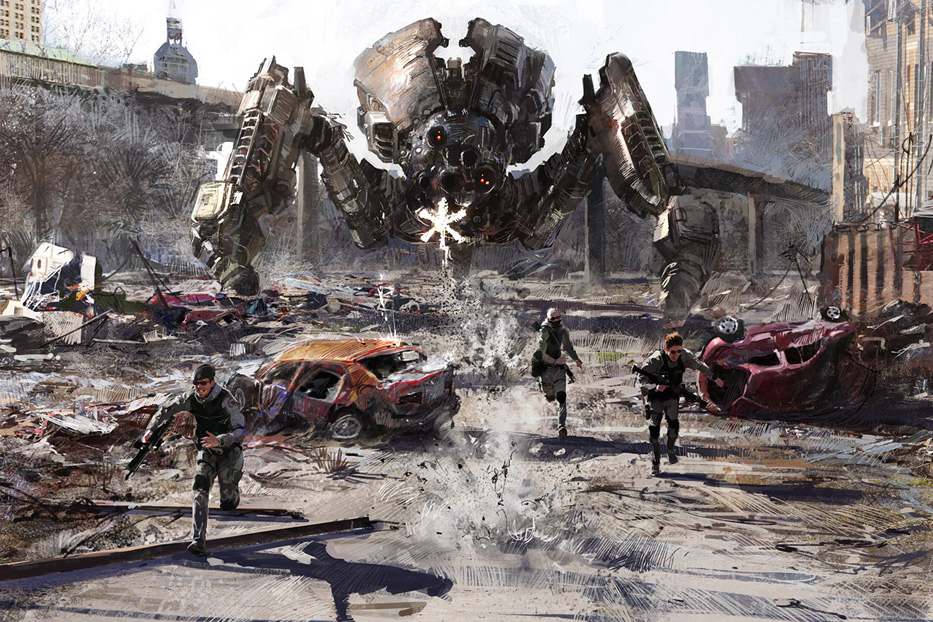 The other thing Wearing wanted to do was create a game with asymmetrical gameplay. He recruited game industry friends who'd worked on titles like Star Citizen and Hawken, and in the past year and a half the team has developed the concept to a point where it now feels ready to show it to the world for feedback. "We've gotten it conceptually to a place where we're ready for the next step," he said. "We're exploring funding options — it could be Kickstarter, it could be private money — we're open to whatever the right path might be." The game's platform has also not yet been decided.

The concept Wearing and his team are showing to the world today is that of a dystopia where rebel forces are fighting against the police state, which is fighting back with giant boss mechs. The game is set in the year 2094, where two factions are fighting for control of the world's last remaining financial system: CryptoCoin. This digital currency is controlled by a ruthless police state called the United States Federation (USF). No other form of currency is recognized, and those who control CryptoCoin have all the power. Those who oppose the actions of the USF are arrested and never seen again.

The enemy of the USF is the Outrise, a group of hackers and resistance fighters whose goal is to infiltrate and disable CryptoCoin. In order for the USF to maintain its power and the Outrise to take away that power, both factions must go to war. This is where the player comes in. 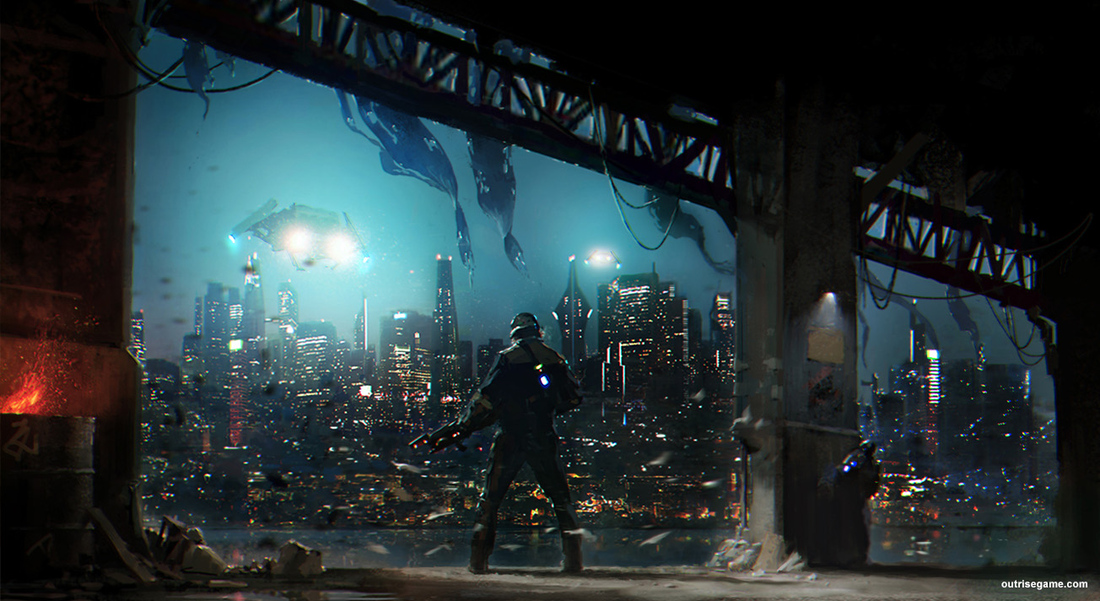 The USF deploys giant machines that Wearing likens to the bosses in Shadow of the Colossus. They're monstrous, they're destructive, they have an array of weapons at their disposal, can view the battlefield from multiple cameras and can wipe out waves of enemies in one swift move. One player will control the boss in any given level.

The Outrise respond as an army. Wearing's current vision for the game is for there to be up to 16 players teaming up against the boss. When Outrise players drop into a level, there will be weapons for them to pick up and they will have to navigate the battlefield and exploit the boss's weaknesses as a team.

"The core of it is about creating the sensation of there being one against an army, and it all being multiplayer," he said. "We haven't experienced anything like that before."

There are plans for private servers, public lobbies, randomized boss assignment and different boss types. "They'll each have their own types of weapons, types of movement, and they will have different weak spots and different ways to take them down," Wearing said. "So we want to release something smaller as an initial release, and then expand the game with new additions, new bosses and new environments." 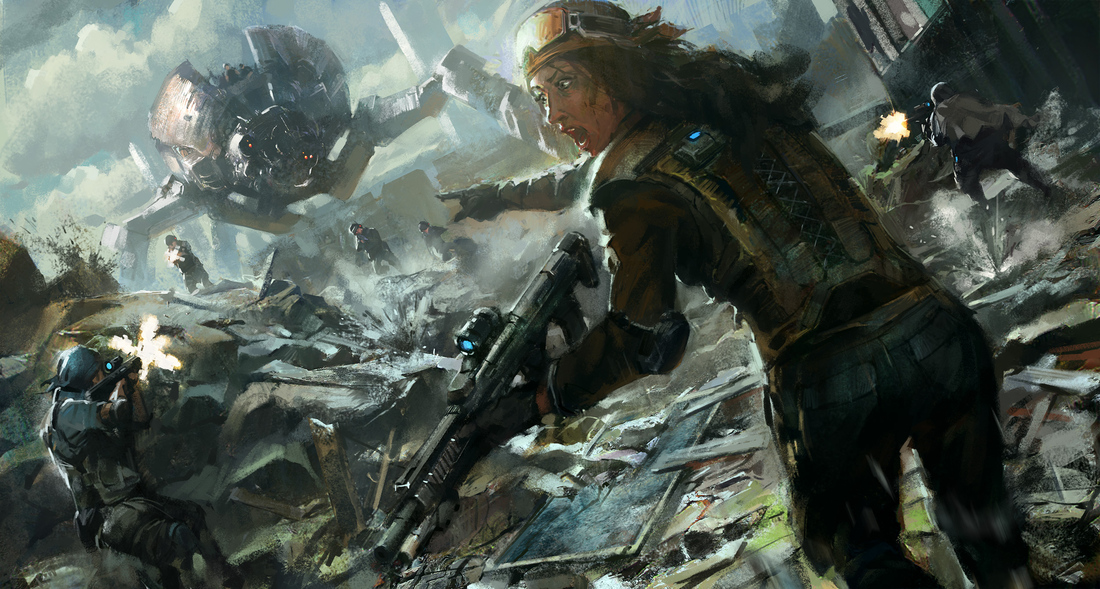 When asked how the bosses in Outrise differ with the mechs in Respawn Entertainment's Titanfall, which also allows players to hijack mechs in an asymmetrical shooter, Wearing said the difference lies in the scale.

"Our bosses are much larger in size relative to the human size, and it's all about having all of the human players against one giant robot," he said. "So that robot as the one player has a huge variety of weapons they're using. They can stomp on enemies, they can fire lasers, they can kill huge amounts of people very quickly."

The idea, Wearing said, is that players on both sides will have to approach the game with different strategies, and the game will be balanced in such a way that both sides feel their roles are worth playing. He cites Left 4 Dead as an example of a game where every role contributes something different to the experience.

Wearing and his team of developers are currently seeking feedback on Outrise. To read more about the game, visit its official website.

How to prepare for Destiny 2: Lightfall