Mario Party: Island Tour is too random for its own good.

Mario Party: Island Tour doesn't know what it's good at.

It's a multiplayer party game that incorporates the four-player chaos of previous console iterations alongside a more robust single-player offering, tailor-made for the handheld audience. And the selection of minigames — bite-sized competitions that all players participate in — is possibly the best in the series. But Island Tour follows in its console big brothers' footsteps too closely in other ways, with a reliance on random events — like lucky card draws and dice rolls — that drags the experience down.

As in previous Mario Party titles, Island Tour stars characters from the Mario franchise in a series of life-sized, themed game boards. In each, you and three of your friends (or AI opponents if you go solo) need to traverse the board, playing minigames along the way.

Each board is rated according to skill, luck and the frequency of minigames. The shortest boards, like the goofy Banzai Bill's Mad Mountain, rely the heaviest on luck. They play out like gimmicky races — roll high enough, avoid the pitfalls, and you'll win. Longer boards, like Perilous Palace Path, give players more options — your ability to win relies upon your skill at the various minigames and a little light strategy. You'll need to actually be mindful of your placement on the board and think a few moves ahead. It's not exactly profound, but these elements add a welcome layer of depth to an otherwise simple experience. 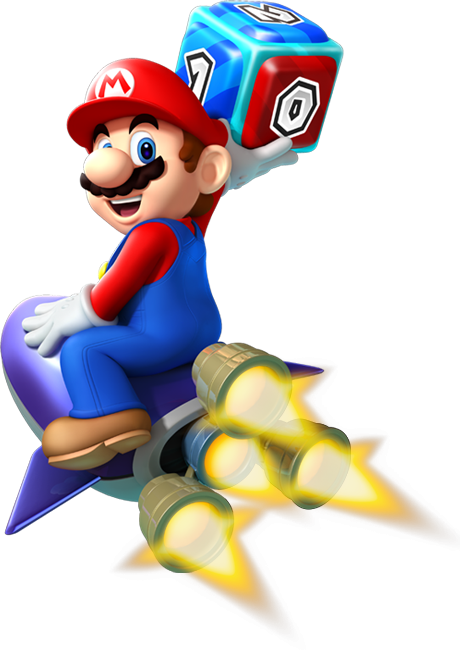 Single players have the option to play the party boards with AI characters or take on Bowser's Tower — which is essentially a better-presented collection of the existing minigames, with boss challenges thrown in every few floors. I really enjoyed tackling Bowser's Tower. The challenge level is well-paced, with an increase in difficulty every few rounds and a strong collection of minigames.

While there are still a few runts in the litter, this selection is Island Tour's greatest asset. Minigames run the gamut from wacky platforming sequences to bizarre memory games to motion-controlled races. In keeping with the rest of the game, activities that emphasize skill over luck are the most successful. Color Me Fast had me scribbling with the stylus to color in pictures like an overzealous 5-year-old. No Traction Action was a straight race with poorly handling hovercrafts that frequently led to hilarity. Get Reel was a particularly imaginative challenge, wherein I had to advance or rewind a film reel to match the exact frame of a sequence. These represent Island Tour at its most playful and creative.

But Island Tour all but buries them in some of its multiplayer boards. I played entire games on certain boards with only one or two minigame sections. Almost the entire time was spent rolling virtual dice and waiting to see what gimmicky square my character would land on — often warping back to some arbitrary point. Add in the need to wait for AI characters to take their sweet time (if you're playing with fewer than four people), and Island Tour slows to a boring, bland crawl.

There's nothing fun or interesting about watching an AI character roll the dice, land on a warp square, lose eight spaces of progress and do a "sad" animation. Yet this loop happens over and over again, with too-infrequent breaks for minigames — over the course of say, 35 minutes at a time for each board. Even with all human players, this emphasis on luck gets old quickly. There's too much slog and too little fun, and I quickly burned out on the luck-based boards.

It's endemic to the game — luck plays too great a part in every board, no matter how high the skill rating. After a time, not even the controlled chaos of the best minigames could keep me interested. 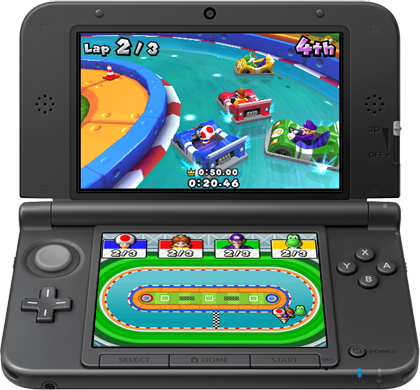 Mario Party: Island Tour is too random for its own good.

Mario Party: Island Tour wants to be an accessible, fun party game. And it gets halfway there, with a strong selection of minigames that could sustain the experience, if only they were the real focus. But Island Tour trips all over itself whenever it loses sight of this strength — with every dice roll and half-assed gimmick.