Alien: Isolation and Creative Assembly's making of the anti-Aliens game

Share All sharing options for: Alien: Isolation and Creative Assembly's making of the anti-Aliens game

If the living rooms of the world are split between fans of Ridley Scott's taut horror Alien and enthusiasts of the action antics of James Cameron's Aliens, then the team at Creative Assembly are definitive Scott men. Perhaps that's why the real-time strategy studio, best known for its work on the Total War series, is trying its hand at survival horror, not gun carnage, in the latest video game take of the Alien franchise, Alien: Isolation.

This is a sharp turn from last year's poorly received Aliens offering from Gearbox, but according to lead game designer Clive Lindop Alien: Isolation — which is headed to Xbox One, PlayStation 4 and Windows PC — is representative of the other side of the coin.

Alien: Isolation, which is being made under publisher Sega's watch, is a sustained rumination on the "haunted house in space" premise first thought up in the original 1979 Dan O'Bannon script. Although Creative Assembly will always be known as the home of historical strategy games, it's Isolation that increasingly looks like the quintessential Creative Assembly project — one which, on the surface, is a love letter to a style of science fiction that's as antiquated as any of the age old warfare stuff the team is known to try its hand at. 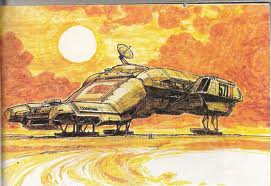 Alien: Isolation returns to the clunky, chunky, push button universe dreamt up in concept artist Ron Cobb's preliminary drawings for the film in the ‘70s; A time capsule for a style that's since gone extinct. It's an industrial look shared by older science fiction, including 2001: A Space Odyssey and Tarkovsky's Solaris, both of which offer some light inspiration for the game. Even at a glance, Creative Assembly's depicts sci-fi of yore with a retrofuturist backdrop washed with tacky blues and mustards — this ain't your shiny utopian future, in other words. Likewise, as a rule of thumb the team agreed any technology developed after 1979 would be ignored. 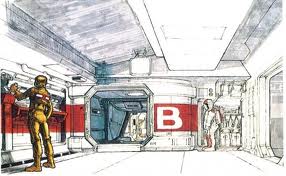 And it's a cardinal rule. The game's UI is based on VHS interfaces to produce the lo-fi style. In-game videos are created by putting magnets across old television sets to distort their image before recording the effect. Hacking mini-games are inspired by the days of tuning retro electronics and other equipment developed by the tech company Amstrad in the late 1960s.

And Back to the Future 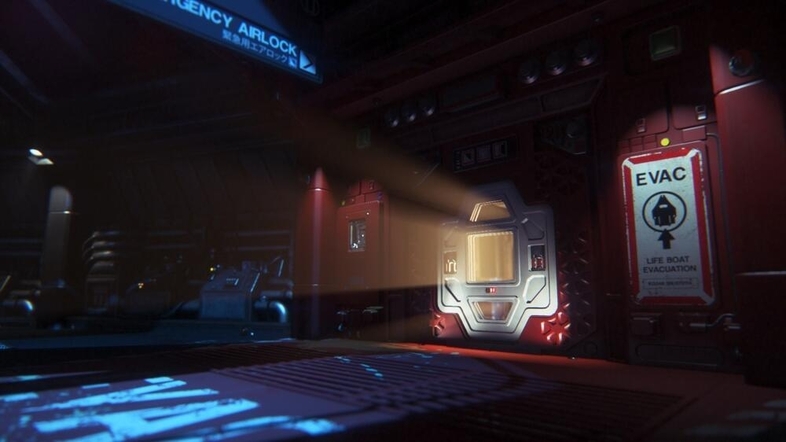 The studio is quick to tell you it's not taking its directions from the Alien game franchise.

"When we first looked at previous Alien games they seemed to do a disservice to the film by making the alien less of the focus," Lindop told Polygon. "They all metamorphosized into action adventures; but, Alien is classic horror survival. The film is the template of horror survival."

So how do you simulate the future imagined at a time before Walkmen were invented? By persuading someone at 20th Century Fox to go back into the archives and dig up effects reels that haven't been opened in 30 years. That included securing the rights to the original film score, which is deconstructed in the game and beefed up to 120 minutes worth of backing soundtrack. To boot, they retrieved three terabytes of images from the films, never seen by the public. In other words, Alien: Isolation is serious about going back to the future.

"We didn't want to retcon what happened between Alien and Aliens," said Lindop. "We wanted to resist the temptation to grab the player and make them see this claring call. There's a tendency in narrative design that the hero is the fulcram of the story but the original film already gives us this perfect foundation to work with. It was about going back to the basics."

For now Creative Assembly's only showing a short section of the game to make its point. Alien: Isolation is set in between the first and second film. Ellen Ripley has disappeared. The Nostromo self-destructed with its flight recorder lost in space. The game follows on 15 years later with Ellen Ripley's daughter — Amanda Ripley, mentioned in passing throughout the franchise, movie fans — searching for what happened to her mother.

How to Make A Hunter 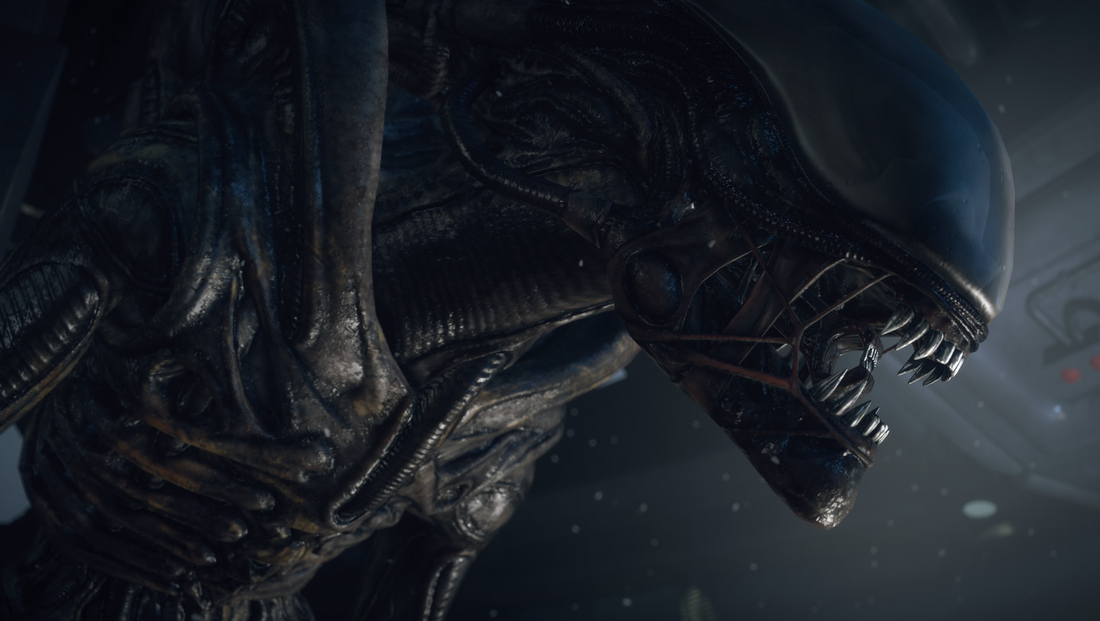 But its gameplay — which will be familiar to anyone who has played the indie survival horror Amnesia: The Dark Descent — is the biggest departure from the game franchise.

"Almost all of these other games are about lots of aliens and guns," studio lead game designer Gary Napper told us. "This is about the alien." Napper's emphasis on the one and only monster is key to Isolation's design, which is an unfolding story of hiding, being hunted and occasionally meeting a gory end.

In fact, combat in Alien: Isolation generally ends with you dead. The alien is bigger than you — over nine feet tall — can climb through vents and is designed to react to and learn from player behavior. Its path isn't pre-determined, instead the alien's movements are generated systemically and can turn on a dime. A flash light aimed at full blast, running, or even breathing too loudly can trigger its stalking behavior. Lockers and desks are the only tried and true defensive measures, and while item crafting and other abilities will turn up later on, the alien will eventually learn to defend itself against them. 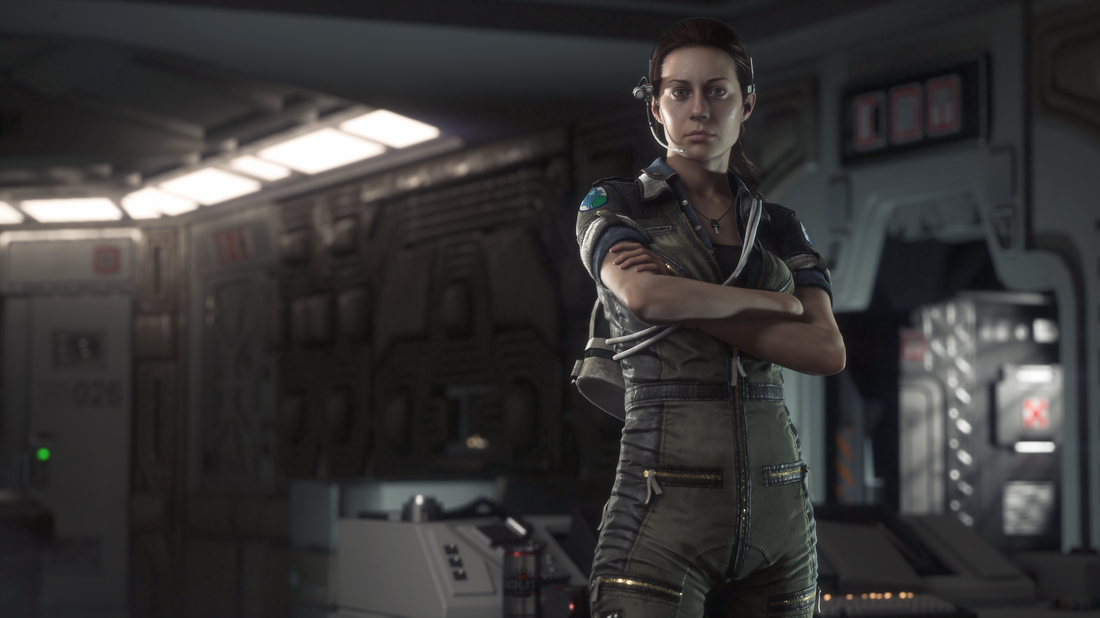 The demo, at its simplest, is an effort in moving through corridors without being seen. As Amanda your task is to quietly meander through an abandoned ship, unlocking new areas of the vessel through computer hacks and seeking out necessary items while making your way to safety. Your main combatant is the alien's AI, whose reactions are based on animal hunting behavior: first stalking, detecting motion or sound, reacting to it directly, investigating, then finally attacking. The result is something with all the minimalism and anxiety of SpyParty — a mano-a-mano deathmatch in which your best chance for survival is to convince the other you're not there at all.

Horror is successful when it's psychological, says Lindop, adding that the most useful tool in the game is the most basic tool: The bleeping, blooping scanner that made its mark in the Ridley Scott film three decades ago. The motion tracker forms the quiet pulse of the demo, growing louder and faster the closer the alien comes by. Forget your fancy weaponry, all you can do is get in a locker and click to hold your breath.

The studio put that to the test in earlier development, giving gamers a giant in-game gun for protection — a weapon that isn't offered the demo — to study their response. "Literally 100 percent of the time testers didn't shoot the alien," said Lindop, noting that in a case of fight or flight, the most sensible choice is usually the latter. "We wanted their reaction to the alien to be instinctive, to know you don't have a chance against this thing. 'Cause you really don't."