In the back of a black sedan I watched as my neighborhood was transformed from leafy suburban California into a fantasy land of dragons and Shire-like farmsteads.

Santa Cruz itself was unchanged; the same condos and micro breweries and beach houses rolled by, but the map on my lap, displayed on a Nokia Lumia 2520 tablet had taken the streets and reskinned them to become part of the DreamWorks fantasy world Berk, in How to Train Your Dragon.

The game, which was launched late last year for the Nokia tablet, toys at the edges of Alternative Reality, messing with real and tangible stuff like street-maps, buildings and traffic, while overlaying a verdant illusion designed to keep the kids happy. Certainly, seeing the school run transformed into a battle against chimeras is a startling experience, while witnessing the local elementary morphed into a monster hatchery is pretty neat.

While an adult drives the car through the daily grind, players pursue quests based on the real world environment including the map, time of day, traffic and weather. They hatch dragons, marshall resources and engage in 3D battles, as enemies attack from the general vicinity of the local flower shop or gas station. Parents, if they are so minded, can create missions prior to the journey, via a smartphone app. 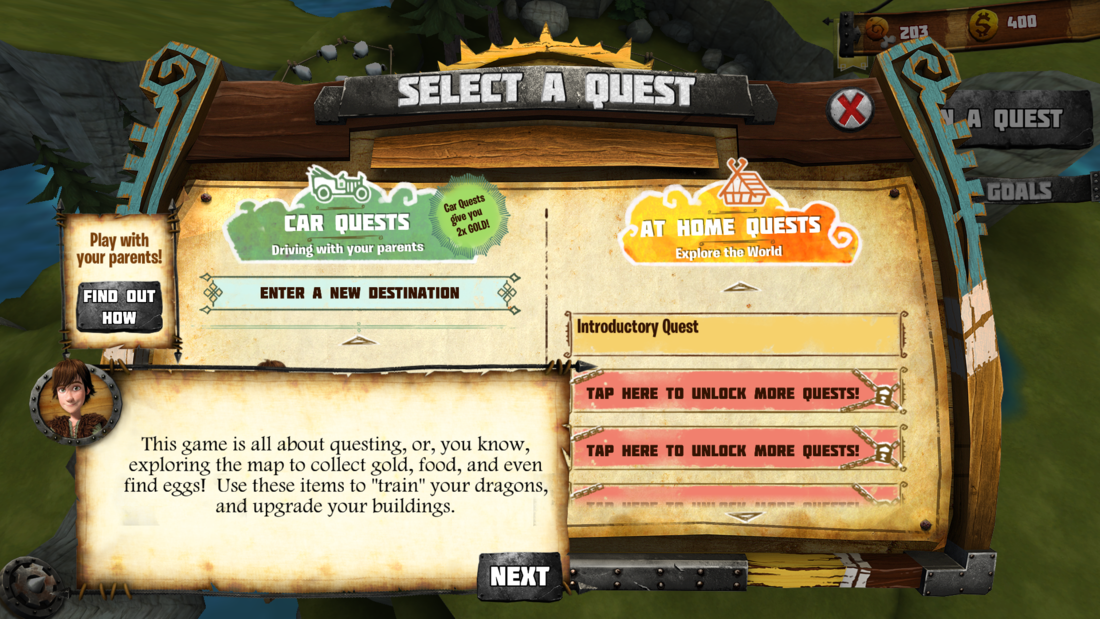 "What makes DreamWorks Dragons Adventure different is its innovative use of Nokia's Here Maps technology to transform actual landmarks you pass as you drive directly into the game environment in real-time," said senior Nokia app producer Pete Mauro. "As you head down the road, roadways, lakes, buildings, real-life traffic and weather conditions are mirrored into the game's fictional Isle of Berk, personalizing it and transforming every drive into a captivating adventure. Plus, like your in-car navigation system, the game winds down when you reach your destination."

As many parent know, tablet gaming is a great way to keep little-'uns occupied on journeys. This game is designed to bring the trip and the entertainment closer together "It increases interaction between children, who are the players, and parents, who play the role of Quest Master from their Nokia Lumia smartphone," added Mauro. "Parents create missions, change the action, add new challenges and more, essentially inviting them to be a part of the fun, rather than being a bystander. It's something very unique for mobile gaming."