Warframe is a free-to-play, team-based third person shooter, set in a war-torn solar system. I couldn't tell you exactly why I was fighting enemy factions, or what their motivations were. All that was clear was my role: as a Tenno, a sort of space ninja, it was my job to shoot and/or cut down bad guys, destroy their war assets and generally cause havoc for the Corpus and Grineer.

Despite generally competent gunplay and well-integrated loot and leveling systems, countless flaws and hiccups hinder the game's flow. Warframe never quite outgrows its identity problem — and it never quite hooked me in.

All Tennos have a Warframe, a sort of super-powered spacesuit, as well as access to guns and melee weapons with which to destroy their enemies. Gear can be modded with loot dropped in the midst of battle, or upgraded with platinum, the game's freemium currency. There's no way to earn platinum without shelling out real-life cash, so I stuck to upgrading the cheap way — by grinding for hours on lower-level maps until my Warframe and weaponry were up to par, then moving on to tougher fights and new areas.

On the surface, Warframe supports this with a wide variety of mission types. I made my way through boss fights, infiltration missions (where I had to distract enemies while another tenno took care of ninja business) and campaigns to destroy enemy mining equipment. None of it is exactly revolutionary — I've seen versions of these modes in every online shooter I've played in the last five years. But that variety was the only thing that kept me invested long enough to level up, as combat is nowhere near deep enough to sustain interest in and of itself.

This is due primarily to simple AI. Enemies are all but brain-dead — even as the missions scaled in difficulty, I rarely encountered soldiers who didn't simply rush at me. Occasionally, the smarter ones ducked into cover, but even they were outnumbered by enemies who faced walls and simply let me shoot them in the head.

Warframe suffers even further whenever it steps out of the cookie-cutter third-person shooter mold. It advertises its melee combat and platforming as elements that set it apart, but neither are well-implemented. The melee attack — which you can charge up or simply let fly — was imprecise at best, and a button-mashing nightmare at worst. After a few matches, I gave up on killing enemies with melee, unless I was fending off a surprise attack in close quarters.

The platforming fares just as poorly — my tenno was nimble, but almost impossible to control once I was in the air. I was able to run up or along walls and perform acrobatic feats, but my tenno rarely landed where I wanted them to. As often as not, I ended up in a pit or stuck against a wall. 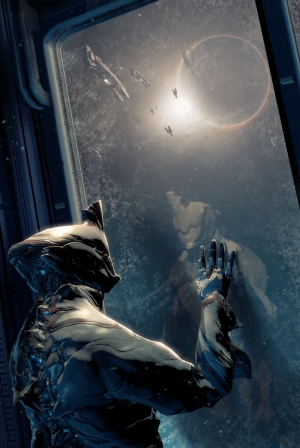 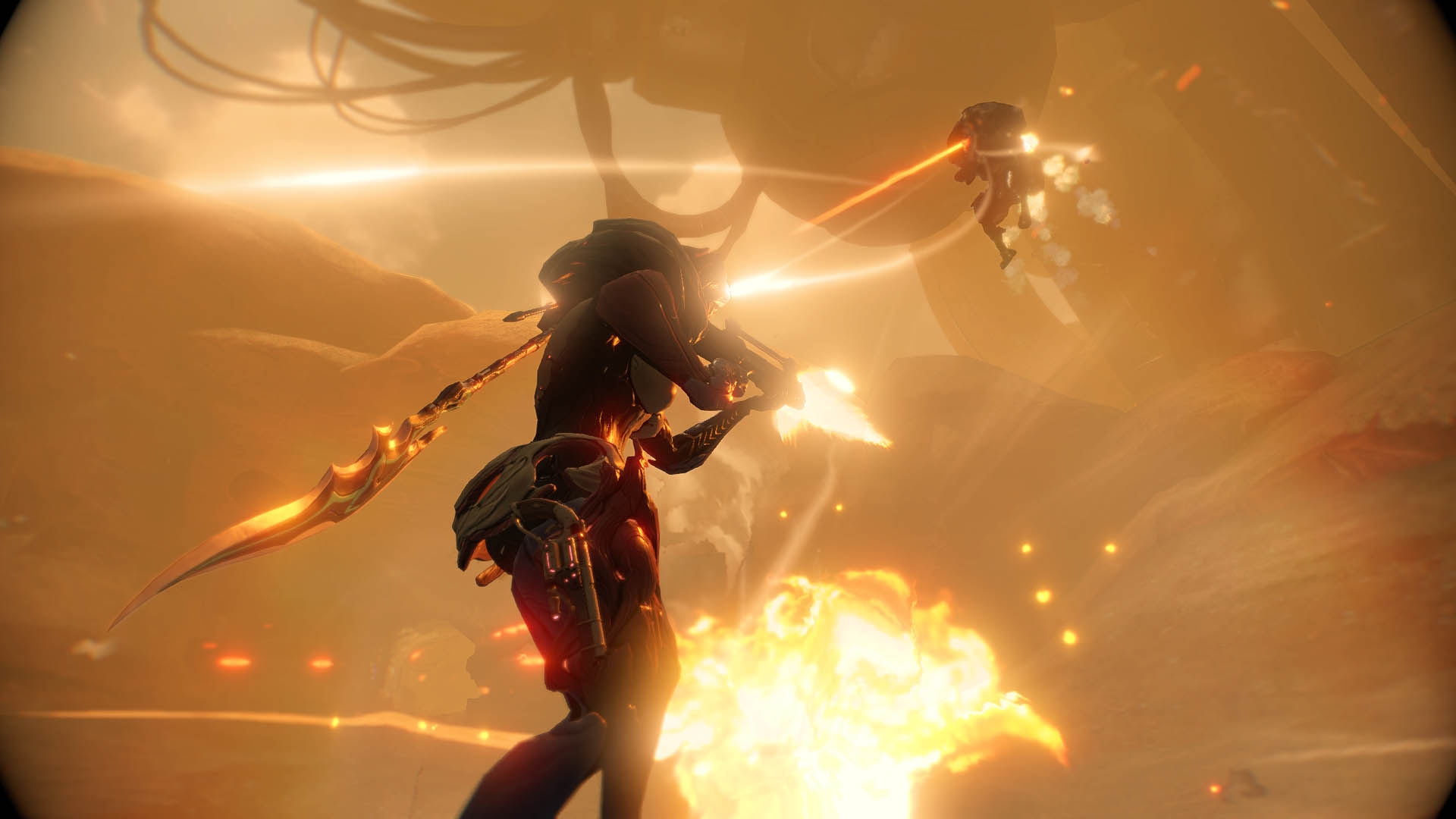 Warframe also suffers from constant glitches that drag the experience down. Frequently, my teammates and I would accomplish our mission — say, assassinating a high-level target. But the game's waypoint system wouldn't update to guide us toward the extraction point. So we spent a solid ten minutes scouring a massive arena with several locked doors (all of which needed to be hacked open), until we eventually stumbled upon the correct room.

There are incentives to keep playing through the rough patches. Warframe does loot well, with frequent drops during battle — all of which are actually useful for outfitting your tenno. And the upgrade system itself is robust — with the ability to outfit your suit, guns, and melee weapons with new attributes and buffs. I enjoyed this part of Warframe the most — I actually got excited when enemies dropped goodies, and found myself racing to the upgrade screen after battles to see what my new toys could do.

You can also purchase or forge new weapons and even Warframes — each of which has its own unique powers and abilities. But the blueprints and necessary elements to build them can take hours of grinding to drop, unless, that is, you want to spend platinum directly. I don't fault the developers for hiding the best stuff away — but the game doesn't justify that commitment.

Warframe seemed to want to be the next big sci-fi shooter. And it makes good on some of its promises, with decent loot and leveling that supports adequate — if staid — gameplay. Therein lies Warframe's biggest issue — while it does some things well, it just doesnât set itself apart — or do anything well enough — to earn the playerâs time and money. You could play literally any other competent third person shooter from this or the last generation, and have a comparable — and very likely better — experience.