Kissing vs. killing: How Shadow of Mordor fails at explaining the difference

Share All sharing options for: Kissing vs. killing: How Shadow of Mordor fails at explaining the difference 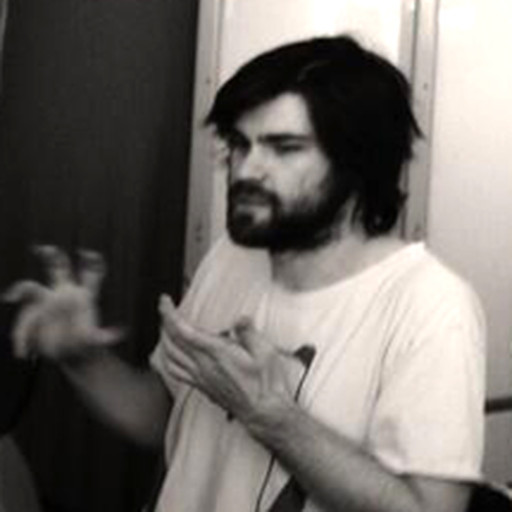 Yesterday morning I found myself trying to play Shadow of Mordor. I look forward to playing more today, but yesterday I didn’t get much further than the tutorial before putting the game down to share some feelings. There’s a basic design mistake right at the start.

One of the very first things you do in the game, following a brief sword-fight with your son and some Uruks, is kiss your wife. This isn’t an ordinary kiss, it’s actually a tutorial for how to sneak up on someone and murder them — that much is immediately clear from the controls, even before you actually kill Uruks moments later.

You’re learning a skill that will later be used almost exclusively in combat.

The developers likely thought this was a good time to poke fun at boring tutorials with a joke, which, fair enough, some people who I respect enjoyed, although I’m curious if that enjoyment was sarcastic or sincere.

I imagine that, after a lifetime of reviewing AAA games, it must be nice to catch an accidental little fourth wall break joke once in a while. I mean, it would have been a great joke about AAA videogames — "push button for emotion, push the same button for murder" — if it had been intentional and in a game like No More Heroes, but in the context of a serious and emotional opening, it kind of ruined the start of the game.

It’s unaware of how terrible it is, while it’s trying to poke fun at how terrible something else is. Allow me to explain.

What we do impacts how we feel

Aside from the obvious "women as learning objects that are later murdered" issue, there’s another issue at play here, and it’s one of craft.  Designers shouldn’t make kissing and murdering feel the same. At the very least they shouldn’t do so when you’re trying to make that kiss part of  an emotionally connecting moment that binds you to an NPC.

I wrote as much on twitter and many people asked why it’s "bad game design" to have your tutorial explaining how to kill someone be the same as the learning process for how to kiss someone.

Imagine a film where one character sneaks up on someone else to either kill them, or to embrace them. Would you think the scene would be identical in both contexts? Most likely not — different lighting, sound, music, the way the actor moves would change. All of those are tools to encourage/direct viewer emotions.

The feelings involved with both acts are very different, and in film they know how to show that through the tools they have, and those tools are visual.

Those visual and narrative tools are also used in games, and in this opening scene Shadow of Mordor uses those tools inexpertly. The lighting and sound are good, although the re-use of the sneaky killing animation is sloppy. You don’t hold yourself the same way when you’re trying to surprise your wife with a kiss versus when you’re trying to put a blade into someone you mean to destroy. Coincidentally, that oversight leads nicely into my actual issue with the scene.

Designers have an additional tool in games beyond visual representation to make the player feel something. It’s a subtle tool, and that subtlety is exactly what makes it one of the most powerful tools we have at our disposal. That tool is our control over the way players physically interact with a game.

It’s why the act of combat in Diablo on the PC and the same act of combat on the consoles can almost feel like different games. Blizzard is a great studio, and their artists use every tool they have to bring you in.

When it's done well it's invisible.

But it’s not just unique hardware input methods that benefit from this. Look at QWOP, or Katamari Damacy, or even Halo. Or to take it even more subtle, compare how much better D4 feels with a controller than Heavy Rain, even though they both do nearly identical things. This is a large part of video game design, and when it’s done well you don’t get to appreciate it, because it’s invisible. You just feel the emotions the game wants you to feel.

In Halo when you shoot, you pull an actual physical trigger, and it feels good, because the action and the reaction sync up. Halo would suck if you hit the Y button to shoot your gun and used the triggers to jump. The way we physically interact is a huge emotional component of a game.

That physical interaction drives how you feel about a game. Pressing Y in Halo wouldn’t just be awkward, it would actually feel different emotionally. If you’re a PC gamer you might disagree, but first-person shooters on consoles have massively eclipsed mouse and keyboard first-person shooters in terms of players, despite the dramatic loss of precision, and I think physical triggers are one of the major reasons. Emotional relation is one of the most important functions of media, and for the many players who didn’t grow up shooting with a mouse, a trigger far more readily creates that emotional connection. It’s a satisfying interaction.

OK, back to kissing

In these opening moments of Shadow of Mordor, they disregard that entire emotional component of the interaction to make a small joke about video game tutorials. It was effectively like the game developers were saying to me "we don’t care how you actually feel in your brain about what you’re doing in the game."

As a designer it feels like an oboe player hearing a flat note in a symphony. No matter how good everything else may be, that’s what drives you up a wall and pulls you out of the experience.

Imagine being in a situation where you are sneaking up on someone you love. Imagine doing that in real life. Feel the emotions going through your brain. Look at how you hold your body. What are you thinking about in the moments before you make contact?

Games should always understand the tools at their disposal.

Now imagine being in a situation where you are afraid for your life and are sneaking up on someone you need to murder or they’re going to kill you and your family. Feel those emotions. Think about how your muscles would be bunched, how you’d try to control your breathing. Your teeth would be clenched. You jaw might hurt. It’s completely different in every way.

Games can make us feel those different emotions. They’re that powerful. They have the tools to do that through their lighting and their animation and their context and most importantly and sneakily, through the way we actually control them. When a designer or animator gives up and decides to use the same controls and animations for two actions that couldn’t be more different it’s a giant wasted opportunity.

It’s squandering the most powerful tools at our disposal. It’s even worse when a designer actually conflates the two contexts as Shadow of Mordor does, saying that a sneaky kiss and a stealth kill are the same, that one is training for the other. In doing so, it throws away any possibility of real emotional relation to your in-game-character’s wife.

Even worse, it does so during a moment where the designers are trying to be cinematic and emotive and set the dark and compelling premise for a serious but violent story. Games don’t have to be serious all the time, but they should always understand the tools at their disposal, even if they don’t want to use them.

I understand that this is a mainstream game by mainstream developers for a mainstream audience, but lets jump to another medium for a second and look at the Transformers movies. No matter how you feel about those movies, it’s very clear that Michael Bay understands cinematographic technique very well. He uses every single tool he has available to him to make you feel a certain way, and it’s effective.

All I’m asking is that in games, we strive to do the same. This is a relatively small issue with a game that is earning an amazing amount of praise.

I can’t wait to play more, but this is an important conversation to have, one that maybe will make the audience more aware of how they interact with the games they play or, more importantly, will encourage a developer take another pass at a scene with squandered potential.

We don’t kiss our loved ones in the same way we kill our enemies, games should know that.

Zach Gage is a game designer, programmer, educator, and conceptual artist from New York City. His work often explores the power of systems, both those created by social interaction in digital spaces, and those that can be created for others, through the framing of games. He is best known for SpellTower, Ridiculous Fishing, and Lose/Lose.