Share All sharing options for: Twine games show the best choice is often the one that doesn't exist 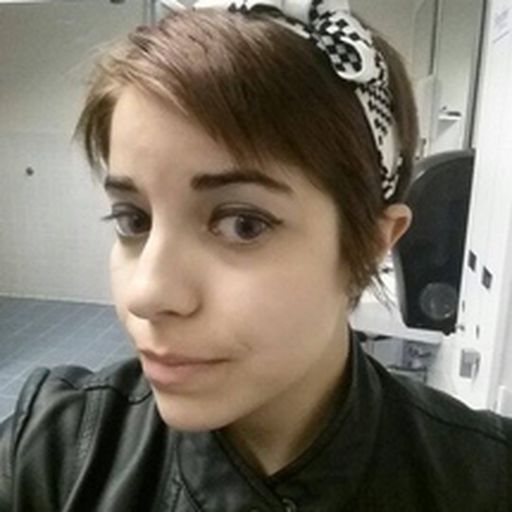 It’s easy to get lost thinking about the choices we make, how much of a true impact they have and why we get all worked up when we make the wrong ones. This has become an especially extensive internal debate thanks to the recent Walking Dead finale and its multiple endings.

Warning: This post contacts spoilers for the finale of The Walking Dead Season Two.

On one end of my office, you had the credits rolling and on the other you had me in a fetal position trying to figure out if my decision to let Clementine walk off alone was the right one.

Video games have the ability to provide complex debates for the player, and that’s something that makes the medium unique. We get to take on the role of the protagonist, the master of causation in the narrative and we feel that we have more of an impact on how the story turns out.

This might not be the case for a more linear game such as Half-Life, but games such as the ones developed by Telltale take advantage of the unusual closeness we can have with the character for the biggest emotional impact. It’s part of what has made their games so critically-acclaimed and the studio so successful.

We don’t just make decisions, we pay for them.

Choice, and the lack of it

It wasn’t until I checked out games created in the software engine known as Twine that I started to think more closely about the reality of choice. While games such as The Walking Dead use decision-making as their prime mechanic in the same way as Twine games, there is something missing.

While The Walking Dead has the graphics, the story and the characters that make it a fantastic game, there’s a certain unrealistic aspect of the choices that pushes it down. It provides you with a decent number of available paths, but it doesn’t have the capability to show you what you could have done, the true range of thoughts that a person can experience while trying to make a decision. This is something I’ve only seen in Twine.

I don’t blame games for not experimenting with the entirety of the human decision-making process. It’s likely an impossible task considering the limitations of video games, which by their definition exist by a set of rules that can’t be broken.

However, Twine titles have been the ones I’ve noticed really try to bring realism of choice to the player, which in itself brings an entirely different experience. It not only has the potential to give you the available choices, but manages to give you ones you can’t make.

It’s a toolset that anyone can use.

There’s Depression Quest, for instance, the first Twine game I recall playing, or rather the first I remember being attributed to the software. It’s a game that attempts to simulate the experience of having depression and, as the protagonist, you get to go through everyday life struggling with the disease.

The thing that struck me the most about it was that while you can choose to get treatment or ignore it, the game reacted to your negative actions by taking away your privileges as a player. Over time, as your depression gets worse and you get into a darker place, the game will present you with choices that you can’t even click. It’ll show you that you can tell someone "you’ve been feeling down lately," but will cross it out, make it red, put it above the choices you can make.

Not everyone’s experience with depression is equal, but the game echoed mine. When your mind is at odds with itself, it can present you with options and then take it away, telling you "you’re not good enough" or make you endlessly question your decision, moving you in a different direction.

You know that getting help or talking with someone would be the helpful thing to do, but you can’t bring yourself to do it. The Twine, text-based aspect of Depression Quest allows the player to visually see the choices but can also produce the strikeout effect that shows that the choice may have been accessible but thanks to previous decisions, it’s unavailable. If choice is the mechanic that drives Twine, the system also allows that mechanic to be subverted.

I saw a similar phenomenon in the Twine game You Were Made for Loneliness, which is about an android that gets taken home from a pawn shop. You are tasked with completing certain chores around the house. After all, as an android, you can’t tear away from your programming. The game drills this fact into your mind by presenting you with deferring decisions that present the illusion of choice.

Your owner orders you to clean the floor. The game gives you three choices: Be obedient, be polite and disagreeable, or say "fuck you." As you move your mouse over the choices though, it crosses out the last two, leaving you with the only one available: Clean the floor.

While Depression Quest shows you choices that could have been available without the depression, You Were Made for Loneliness takes that extra step and actively takes them away, leaving the player disgruntled with their position and woefully accepting. It shows that you have free will but won’t let you break away from your programming.

These two Twine games stretch the idea of what it means to make choices. It’s not just about the ones you can make, but also the ones you can’t. In life, you aren’t limited by the rules in code, but by the inaccessible choices, whether it’s due to morality or mental illness or law. I guess if you’re a cyborg with the potential for free will you can be limited by code, but that hasn’t hit us yet.

Visual games can work within this framework; it’s not limited to text-based adventures. However, Twine games are some of the few that have experimented with this idea, really questioning the pre-existing notions of choice-making. It’s a toolset that anyone can use, and provides more flexibility than is first apparent.

Going back to The Walking Dead, things tend to be pretty straight-forward and each choice adds to the story and the gameplay you will experience. The choices that are taken away in these Twine games don’t help move the story along, but they add an extra layer to the game.

It’s kind of the non-choice, giving the player a larger range of decisions and then taking choices away. Sometimes it’s not about what you choose to do, but about what you want to do but can’t.