From Katana to Pink Panda: rethinking co-op for parents and kids

Share All sharing options for: From Katana to Pink Panda: rethinking co-op for parents and kids 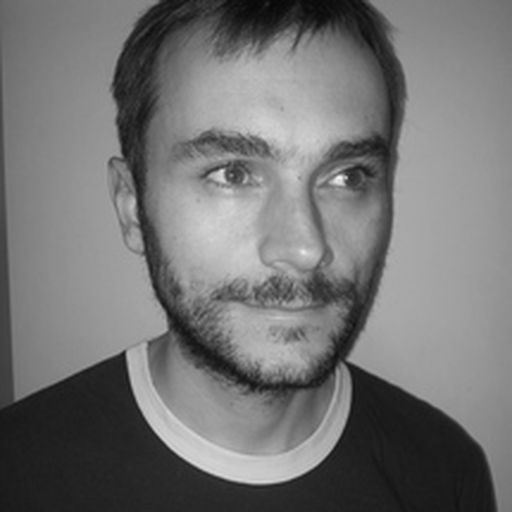 We get asked the same question a lot ... as in, nearly every interview since we announced JUJU: How did the developer of Shadow Warrior, a game riddled with gruesome deaths and dirty humor, wind up making a vibrantly happy and family-friendly platformer?

Some people are still waiting for the  punchline, as if JUJU, a game coming to PS3 and PC, is an elaborate ruse to mask our real game.

The answer is far simpler; we are often frustrated and bored trying to play games with our kids.

Co-op is a hard problem

It's not their fault. Adult players have a few decades of experience under our belts, while our kids are still developing the coordination to not ride their bicycles into stationary objects. Most cooperative games are ill-equipped to handle this gap in skill.

We want to play games with our kids, but all too often, we find ourselves playing bad kiddie games — a disservice to everyone — or playing something harder and feeling bad as our kids struggle to keep up.

The desire to play together is why we need not just more cooperative games, but rather cooperative games that bridge the skill-gap more effectively; games that allow two people to play on equal footing without either sacrificing enjoyment. This has been our driving inspiration for JUJU's co-op mode.

To be clear, there are a lot of wonderful, kid-friendly multiplayer games available, but the majority are competitive in nature. While there is nothing wrong with healthy competition (sometimes you have to remind them who's the boss), such games emphasize differences in skill and lack the special feeling of camaraderie that comes from achieving a goal together, as a family.

Working with your children, not against them

The first step in creating our ideal co-op game was to remove competition completely and create an experience in which, win or lose, no player does better or worse. Creating a purely cooperative game is trickier than you might think; the solution isn't as simple as removing scores and timers.

We learned early on how easily feelings of inequality could be triggered. We tried incorporating sections with separate paths for each player, and ride levels in which each player had a specific role, but none of it succeeded in focus testing. People felt divided and constrained, like they were missing out on part of the experience rather than working together.

One key to keeping players united in JUJU is the removal of individual enhancements, such as traditional power-ups, instead granting both players new and permanent abilities throughout the game. This keeps any skill gap from becoming artificially amplified, and fights over who-gets-what to a minimum.

As part of JUJU's egalitarian approach, life totals are kept separate, but health bonuses found in levels are awarded to both players, regardless of who picks them up. Even the collection of embers, which are used to unlock new levels, is cumulative to emphasize teamwork, rather than posting embers collected per player.

All of this helps to combat resource imbalance, which is perhaps the biggest issue in many co-op games. Say, for example, that collecting stars allows players to purchase upgrades. The better player will naturally get more stars and upgrades, while the challenge intensifies exponentially with each stage for the less-skilled player. Even worse, this can make a person feel like dead weight, which isn't fun for anyone.

No discussion about co-op should ignore the "wait to play" issue, which typically occurs when one player dies and cannot respawn until the other player reaches a checkpoint. This is unacceptable for JUJU — kids aren't exactly brimming with patience, after all.

Instead of waiting for a partner to fail or reach a checkpoint, a player in JUJU can respawn within a few seconds — so long as the other player hasn't been knocked out as well. While this seems like it might make the game too easy, those few seconds create some of JUJU's most intensely suspenseful moments, especially during boss battles.

There is a problem though. Despite creating a more balanced and unified cooperative experience, none of these systems actually bridge the skill-gap. For that, we turn to a little lizard by the name of Peyo.

Having multiple difficulty modes is the most common way to account for variable levels of skill, but that concept falls apart in co-op unless both players are evenly matched. This is why it is slightly easier to play as Peyo. Bosses target him less often, he has a unique tongue attack, and he is only available as an optional character for the second player.

Peyo's differences run counter to earlier notions of equality between characters, and certainly counter to the accepted norms of balanced game design. Without any possibility of a resource imbalance though, there are no advantages to be gained. Instead, Peyo's differences allow an inexperienced player the chance to get in on the action with less frustration.

In light of all this, one of the biggest hurdles to creating a co-op game aimed at kids and parents has been our own expectations as adults. We tend to immerse ourselves in realism and grim worlds filled with scowling faces. Ironically, JUJU actually began life as a traditional black-and-white panda, but kids said he was boring and looked sad. We colored him pink and suddenly the kids thought he was cheerful and friendly.

Even worse, this can make a person feel like dead weight, which isn't fun for anyone.

If nothing else, JUJU's color-shift demonstrates how much we change on the road to adulthood and how quickly we forget what it's really like to be gamers at that young age. Perhaps this is why most co-op games are content appealing to one group or the other, or maybe it's that we have become too accustomed to recycling game mechanics without questioning their value.

Our goal has been to create a better cooperative experience for parents and kids, and we are quite proud of what we have accomplished in JUJU. This isn't to say that our co-op system is right for every game. Rather, we hope that our example inspires other developers to consider new designs and mechanics to entertain this unique audience.