Comedian Stephen Colbert will address the GamerGate controversy on The Colbert Report tonight in an episode that will include a guest appearance from Feminist Frequency and Tropes vs. Women in Video Games creator Anita Sarkeesian.

On The Colbert Report's Comedy Central page, the show promises that Colbert will point "his investigative eye" toward GamerGate. Sarkeesian tweeted a photo of herself sitting at Colbert's desk today, later saying, "So yeah, you all might want to watch the Colbert Report tonight." 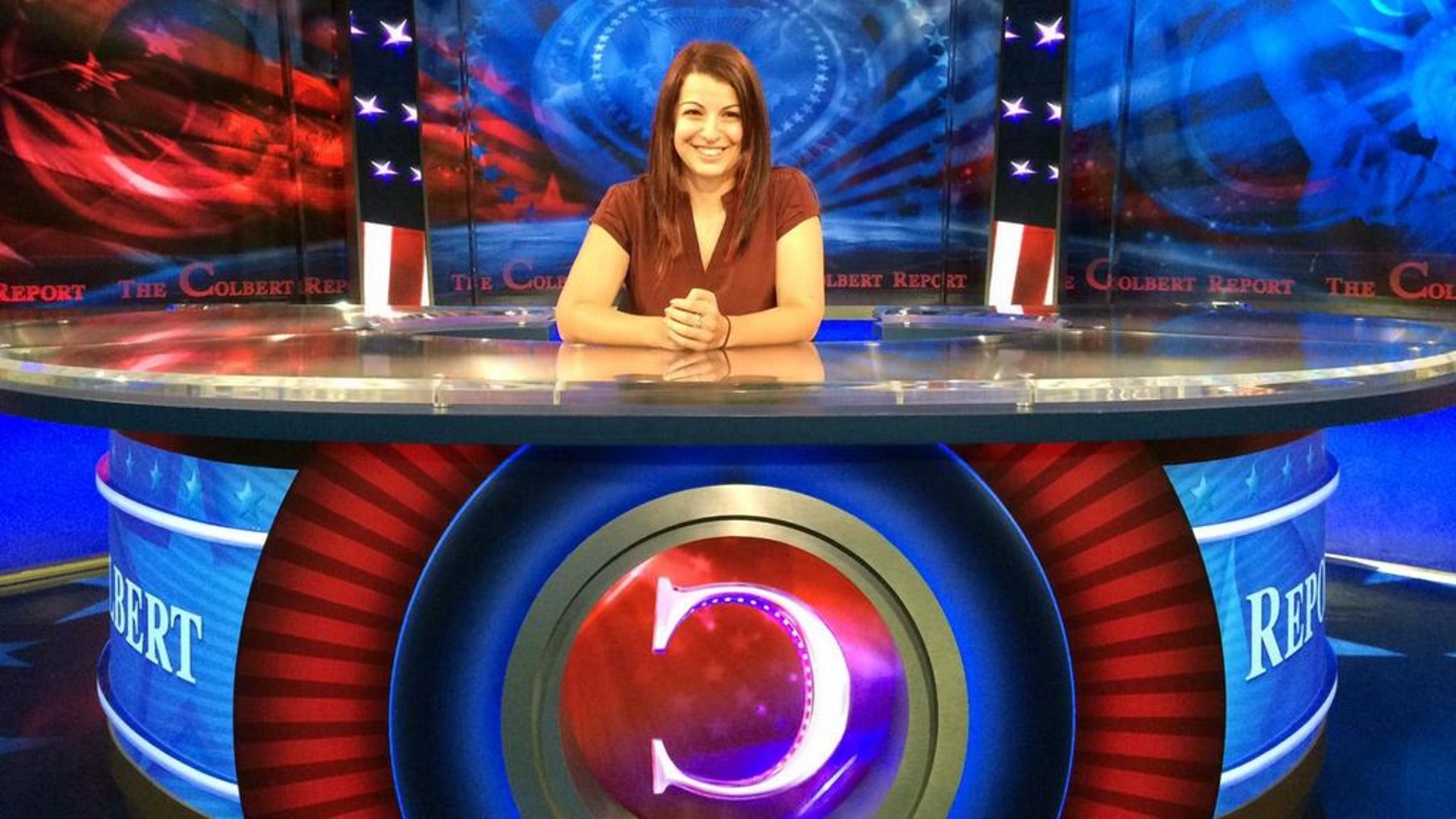 The GamerGate movement and Twitter hashtag is a social campaign defined by most supporters as a call to effect change in video game journalism and to defend the "gamer" identity. The movement is difficult to define because what it has come to represent has no central leadership or agreed-upon manifesto. The hashtag was first used by actor Adam Baldwin in August after intimate details of a personal relationship between a video game developer and a video game journalist were made public and led some to allege cronyism between press and developers. The campaign is now also linked to ongoing and well-established harassment of women in video games, including Depression Quest creator Zoe Quinn, Sarkeesian and Giant Spacekat head Brianna Wu, though many of GamerGate's supporters deny the campaign should be blamed for harassment.

GamerGate has attracted mainstream media attention, including front page mention on The New York Times, after prominent critics and game developers were bombarded with harassment and threats. Earlier this month, Sarkeesian was forced to cancel a scheduled talk at Utah State University after a threat sent to the school promised "the deadliest school shooting in American history" if organizers didn't cancel her event.

For Polygon's statement on GamerGate, read Editor in Chief Chris Grant's letter on the campaign and its associated harassment.