Share All sharing options for: One man's journey from LucasArts to a bicycle to Telltale Games to interactive radio drama

In the early 90's, after several years at LucasArts working on now-legendary adventure games like The Secret of Monkey Island and Day of the Tentacle, Dave Grossman traded his desk job for a bike.

"I was burning out both kind of personally and professionally in about 1994," Grossman told Polygon. "And I went on a bicycle ride from here to Canada, which is probably about 1,500 miles, I would say. It was kind of like a, 'Let's figure out what's really important to me about what I do and how I actually want to do it.'

By the time he rode back home, he'd found his path. No matter where he was going, the tug of narrative would guide him. 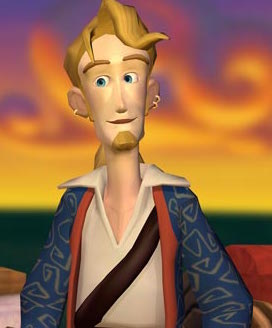 "And then I came back and quit my job and took a lot more writing gigs and that kind of thing. I was mostly interested in this whole area of interactive narrative, which remains a focus to me even now."

Grossman spent the next decade in the industry as a freelancer, often collaborating with his old LucasArts colleague Ron Gilbert. In 2004, he joined other LucasArts veterans at Telltale Games. The studio is now best known for The Walking Dead series of modern adventure games, and as design director, Grossman worked on games like Tales of Monkey Island and The Wolf Among Us.

In August 2014, after about nine years at Telltale, Grossman revealed on Twitter that he was leaving. Where he was going was anybody's guess — until now.

This week, Reactive Studios announced its newest hire. Dave Grossman is now the Chief Creative Officer at the independent developer of Codename Cygnus, an interactive radio drama for Android and iOS.

Polygon spoke with Grossman about his new position, why someone with a narrative focus chose this developer for his next position and how the game built in Codename Cygnus is less of a game and more of a platform.

Grossman's path to Reactive Studios began several years ago in Texas, and you can thank Indiana Jones for their first conversation.

That's where he met Jonathon Myers. Today, he's CEO of Reactive Studios. Back in 2011, when both were at GDC's Narrative Summit in Austin, Texas, he was working on an Indiana Jones game. 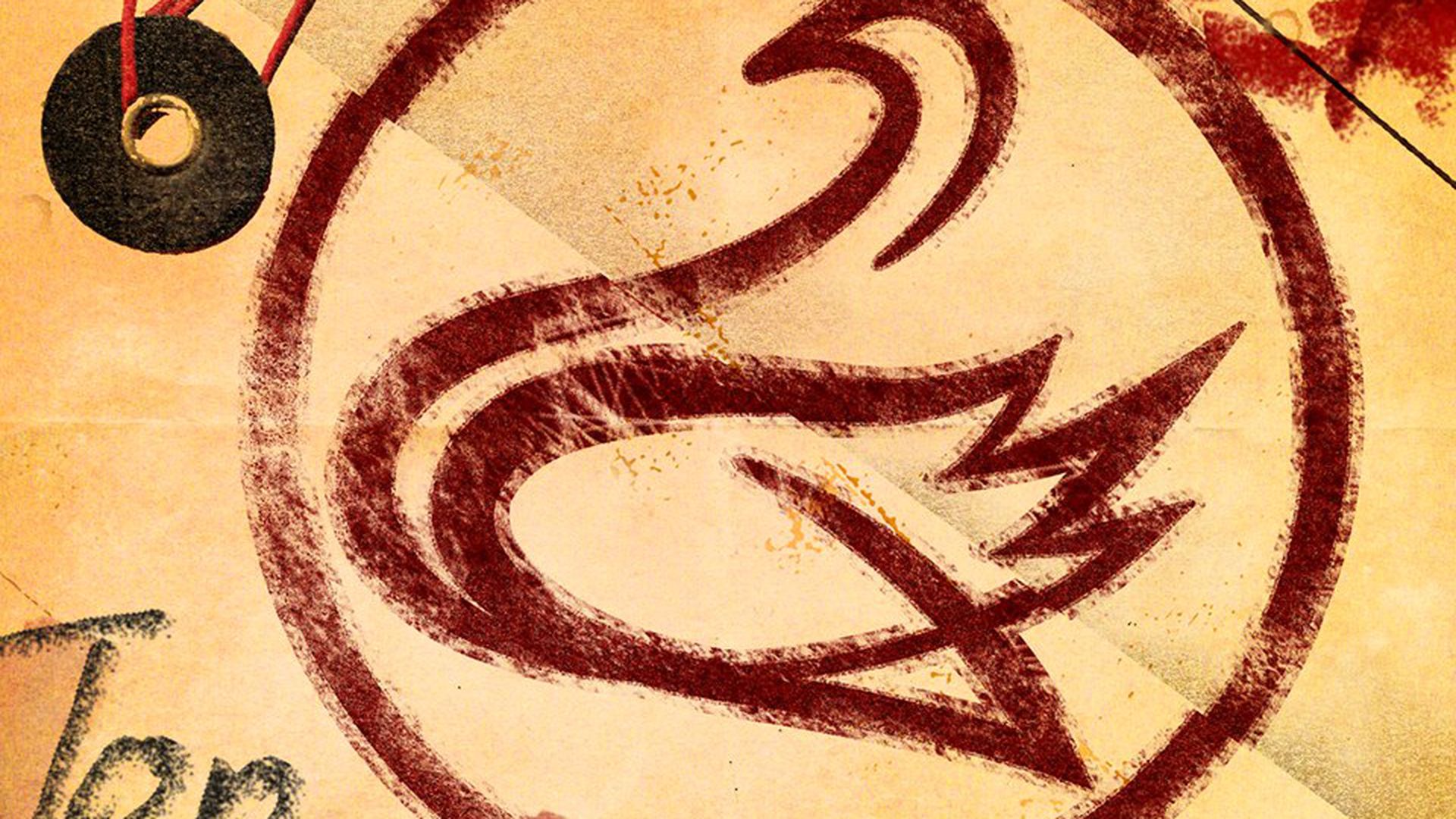 Create-a-spy: Hands on with Codename Cygnus

"I remember very clearly," Myers told Polygon. "It was 2011 at GDC Online Game Narrative Summit in Austin. I was fairly new to the industry and had recently joined Zynga Boston as a game writer for Indiana Jones Adventure World. Dave was curious about that, and what I was up to, because while at LucasArts he had an intimate connection to all their story IP. I was geeking out, of course, because he's always been one of my heroes. We really got along well, kept in touch, and began meeting every year to catch up at GDC in San Francisco."

Keeping in touch is something Grossman tends to do. Maintaining those industry contacts is, in part, what's enabled him to continue working, whether as a freelancer or an employee.

In mid-2013, Myers and Reactive revealed Codename Cygnus to the world. The mobile game's conceit was novel. Players would take on the role of a spy, and their interaction would be based not on screen tapping, but on voice commands. They'd listen to events unfold and speak commands that ultimately determined Codename Cygnus' branching narrative.

It is, in a sense, an interactive radio drama. The appeal to someone like Dave Grossman, who's spent the last two decades exploring interactive narratives, is obvious. In Codename Cygnus, narrative is gameplay.

In mid-2014, just as Grossman was leaving Telltale but before he'd made the announcement public, he got a call from Jonathon Myers.

"He was like, 'Hey, can I talk about about something?' And I was like, 'Sure! In fact, I've got all kinds of time right now!'

"He found out I was leaving, and he was like, "Good! I don't have to beat around the bush then.'"

Myers explained that he was too busy to be the CEO and the creative lead at the same time, and he wanted Grossman to fill the latter role. That's when Myers sent a copy of Codename Cygnus to Grossman to show him what the developer was up to.

'Here's a laundry list of things that I would have done differently.'

"People really like Cygnus, but it has flaws," Myers said. "More times than not, when I ask someone to check it out and tell me what they think, I get back from them one of two responses. It's either excitement and praise, because they get it and love it, or a general disinterest, because something entirely audio just isn't their thing. Not Dave. He's been there and done that."

So Grossman got to playing.

"He sent me that, and I went off in the corner, and I played with it," Grossman said. "And I came back and I was like, 'OK, that's fun, but here's a laundry list of things that I would have done differently and why I think you should do them differently in the future.' And he came back with, 'Yep! You're right about all that stuff. See? You're the guy I need.'"

Myers said he made the call in part because Grossman "pioneered narrative design techniques that we now simply take as granted." He also did so because, as he stepped aside as creative lead, Grossman could bring a sense of continuity through their shared reverence of narrative-focused content.

'Why do we need to put all the fighting and shooting in between the interesting participatory narrative moments?'

"If you check out both of our work, you'll notice a similar grounding in systems of character-centered dramatic story participation," Myers said. "Non-player characters can make interesting dramatic obstacles. Internal conflict when struggling over a decision is extremely compelling. Those points of conversation in a role-play scenario can be the key to the most enjoyable player experience. Many other RPGs make use of this (BioWare, Obsidian, etc.) and they do an incredible job, so we're this isn't isolated or unprecedented. But Dave and I kind of have the philosophy that if we really want to tell interactive stories, why do we need to put all the fighting and shooting in between the interesting participatory narrative moments? We believe that narrative interactions, if done right, are fundamentally more fun and interesting than providing the player an opportunity to shoot someone in the face in increasingly difficult scenarios and settings."

SPIES ARE JUST THE BEGINNING

The way Reactive Studios' new CCO talks about Codename Cygnus offers a glimpse into this and the studio's plans. It's a game, obviously, but Grossman uses the term "platform" interchangeably.

The way Grossman sees it, Reactive's first game is the first step in building a larger platform that encompasses the backend tools that the developer creates and the front-end products it releases as games.

Some at Reactive will focus on business. Others will focus on the technical aspects. As CCO, Grossman's job is about content population.

"My job," he said, "is to cause good content to be on the platform, basically.

That process will take multiple forms.

Reactive is working with writers, including what he described as a New York Times bestselling author that the studio hasn't revealed yet, to create content for the platform.

The studio will also explore different ways that its audio dramas can work, beyond the mostly binary choices available in Codename Cygnus. And, unsurprisingly given his history, Grossman will also oversee the design of the narrative in the genre Reactive is creating.

"There's going to be a lot of narrative design oversight, which is a thing I have a lot of experience and skill at," he said.

'I tease him sometimes.'

Here again, he and Myers are in agreement.

"I tease him sometimes," Myers said, "saying 'Okay, Dave. It's now up to you to establish the principals of an entirely new storytelling medium. No pressure.' But he loves it. And he's done it before. He just really loves this challenge and loves the prospect of just how big and lasting this could be if we do it right. And to be honest, it does relieve me a little. As the company has grown I've become increasingly aware that I needed to find someone better than me to do this right."

Now that Grossman is ensconced as CCO, his first order of business will be to assemble a team that includes authors and writers and producers to manage the new content they create.

Though he declined to be specific about Reactive's upcoming projects, he did offer glimpses. The studio could turn an existing novel into an interactive drama, he said. Reactive can expand its voice recognition technology to encompass natural language, not just redefined prompts.

'If you're very clear with the audience … then they get used to that very quickly.'

According to Myers, part of the reason that there hasn't been another game since Codename Cygnus is that he was busy building a company and its technology.

"So, a major reason we've held up on creating content over the past year is that we've been building out and improving several components of what has come to function as a content pipeline," he said. "And that pipeline is evolving into a platform for the creation and distribution of voice operated interactive audio story experiences. And now that Dave is on board, I can begin to focus even more on that larger and longer-term company vision."

Grossman has ideas about the company's future, too. He wants to work on projects based on properties in eminent domain, like Robert Louis Stevenson's Strange Case of Dr Jekyll and Mr Hyde. In his theoretical retelling, the player would control when the main character's personality splits. The story could branch and even reach dead ends. Like a Choose Your Own Adventure book, it would be designed for replay.

It's a game he'd design from years of experience and a way to expand the generally binary choices in Codename Cygnus.

"It's just a piece of knowledge I've gained over the years," Grossman said. "If you're very clear with the audience about what they're in charge of and what they're not, then they get used to that very quickly."

Regardless of what Reactive does, it's all in the service of pushing interactive narratives forward. It's what Grossman's spent his career doing and a process Reactive began even before he arrived. The path forward for both will be about expanding possibilities.

"With Cygnus, each moment has its own breadth of what your choice is and what your choice is about," he said. "So you're constantly reminded that you're not in charge of other things. But if you're just sort of in this moment of like, 'Oh, yeah! I get to change them back and forth, and that's what I do.' Then you just get very comfortable with that right away, and you can just focus on what the story's doing and not have to worry about other stuff.