Disney can save Nintendo, and it would only cost $19 billion

Share All sharing options for: Disney can save Nintendo, and it would only cost $19 billion 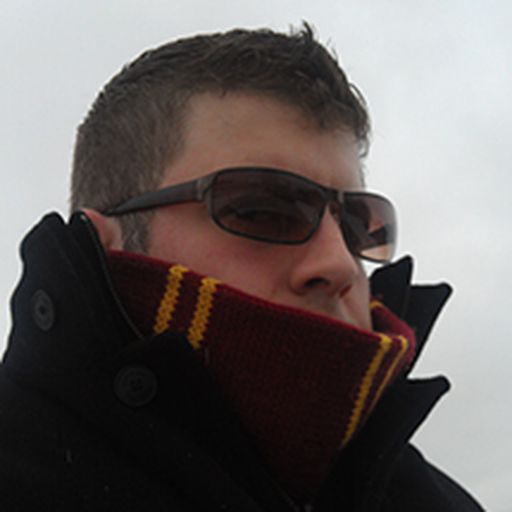 Everyone had always assumed that Disney was going to buy Pixar.

During one of my regular business chats with my father, who is a retired CEO, I predicted that Pixar was going to buy Disney and turn the company around. The value worked better going the other way. While Disney needed the magic of Pixar at that point in the company's life, Pixar didn't exactly need Disney.

My father was incredulous but, when Disney bought Pixar in 2006, I called my Dad with the news. Because holy shit, I had called it.

"As part of the deal, expected to be completed this summer, two Pixar veterans will head Disney's animation efforts. Ed Catmull, who had served as Pixar's president, was named president of the combined Pixar and Disney Animation Studios," CNET reported. "John Lasseter, the Pixar executive vice president who is widely regarded as the studio's creative leader, was named chief creative officer. Pixar will remain in its San Francisco Bay Area headquarters. "

"Though Disney is issuing $7.4 billion worth of stock, it's paying closer to $6.3 billion after factoring in Pixar's cash holdings of slightly more than $1 billion," the story said. "Pixar shareholders will receive 2.3 Disney shares for every Pixar share they own, a move that will make Jobs the largest individual shareholder of Disney."

Pixar won in every important way in that deal, from the cash to the power. So today I’m making a new prediction: Disney’s next acquisition will be Nintendo.

This would be expensive

Nintendo would be Disney’s second priciest intellectual property grab to date. A fairly straightforward way to ballpark a company’s worth is to multiply their net revenue by three to four times. This puts Nintendo somewhere in the neighborhood of a $11 to $22 billion buyout based on the numbers of fiscal 2014

This is the lowest it would cost to buy Nintendo in seven years, since the company is in a slump and bleeding cash. If Disney were to buy the company, this is the time. Things are looking up for Nintendo in some ways, but coming off a long stretch of losses and struggling hardware sales there's only so much big games can do to help the company. Nintendo is at a historic weak point, making the company very attractive for acquisition at a good price.

It would still cost a ton of money. To put the $19 billion-ish price into an easy to digest number, buying Nintendo would cost Disney more money than they paid for Pixar, Star Wars and Marvel, combined. It’s a huge purchase, unless you’re Disney.

Disney’s current Net Worth is hovering around the $142 billion mark, and the profit they made from the last two fiscal years would allow them to buy Nintendo with cash, if it came to that. And it wouldn’t.

The last time Disney made an acquisition this size was when they paid $19 billion for ABC in 1996. With inflation, that purchase would have cost about $29 billion today. Disney is no stranger to huge, ambitious acquisitions.

Disney — using the same game plan they used for Pixar, Marvel, and Star Wars — could recoup that cost within five years. The secret is that Disney wouldn't be investing in the video game business, they would be furthering their already near monopoly on characters.

Disney wouldn't be buying the Wii U, they'd be buying Mario

Disney is a marvel of intellectual property, and this is one area in which Nintendo excels.

The Marvel Universe Films have blown away just about everything comic-book-related save the most recent Batman films and now here comes the new Star Wars films and the Rebels TV show.

Disney has always been an impressive company, but the way it has managed its intellectual property in the post-Lasseter era has been amazing. Even the direct-to-video model has seen a huge jump in quality and organization.

Disney has evolved into an unstoppable Juggernaut of intellectual property. They've bought Pixar, Marvel and Star Wars in the past ten years, and were even rumored to be in pursuit of Studio Ghibli at one point in 2013. What these companies have in common is a stable of characters that audiences love, that could be leveraged in multiple ways.

If you want to look at what Disney can do for a character, look at the mainstream's acceptance of Iron Man. In 2008, Iron Man was known mostly to comic book fans and was considered to be something of a B-List hero in comparison to someone like Wolverine. Now Iron Man is one of the best known, and most profitable, characters in Marvel's impressive arsenal. All it took was a few great movies and a huge marketing push.

Disney wouldn’t see Nintendo as a hardware company or even a software company, just as they didn't see Marvel as a comic book company. Nintendo holds some of the best intellectual property in the world, from Mario to Link. Kids are still wearing Mario and Luigi shirts next to their classmates wearing Minecraft and Iron Man logos.

There are incredible properties, from Metroid to F-Zero, that would offer Disney huge opportunities in everything from film to theme park attractions. Nintendo, when looked at through the lens of an acquisition, is a bundle of amazing, well-known characters and worlds that are criminally underused.

Nintendo is the last company that owns characters that could compete with the worlds that Disney already controls, and adding Mario to the Disney original characters, Marvel superheroes and Star Wars would mean that Disney all but owns entertainment as a whole.

Disney would benefit in many ways

This also represents a growth opportunity for Disney. Its current success has created a monster, and it's a very hungry, publicly traded monster.

Investors want to see their stocks grow, and that means the company has to grow. New IP is always risky — which is one of the reasons Disney leans on the "Princess" model; they're familiar even when they're new — so one of the safest ways to grow your company is to grab existing characters. You can't create and grow something as big as Pixar, Marvel or Star Wars overnight.

Nintendo is a company that’s at risk due to its reliance on hardware that isn’t selling, but that hasn’t diminished the value of the games and characters themselves. Disney doesn't need to sell Wii U hardware for the acquisition to make sense, it would merely need to find better uses for these characters.

Growth would happen when Disney takes Samus Aran and crafts a high-quality PG-rated CGI film about her adventures. It would come from Mario Kart raceways in Disney World and Disney Land. Fold Peach into the world of Disney Princesses, and create interesting toys and collectibles to be sold in Disney retail stores.

Nintendo offers the same upsides that Disney saw in Star Wars: A hugely popular cast of characters and products that are surprisingly under-exploited. If Disney does for Nintendo what it did for Marvel, the company will continue to grow, giving shareholders the bump they need to keep the stock price up.

This is a great fantasy, but it will never happen

Nintendo is suffering the same malaise that was strangling Star Wars, and it's a failing of politics and company culture, not the products or value of the worlds themselves.

The Wii U is stagnant at retail. Sales of the portable systems are slowing down. It’s unclear where Nintendo goes from here, but Disney could provide them a way out of all these problems, while continuing to support Nintendo's software development and bring its stable of characters to the mainstream.

Disney has a proven history of accomplishing all of the above with Pixar, Marvel and Star Wars. We have no reason to believe that if they maintain the leadership and teams behind the Nintendo games themselves that they couldn’t repeat the same level of success all over again with Nintendo.

Nintendo also has a company control that resists change, and it's sitting on a huge mountain of currency that means the company doesn't have to do anything for a long time.

In most situations Disney would be able to pick Nintendo up for a good price, and the most would benefit both companies. What's more likely is that Nintendo will continue to lean on its savings to insulate itself from having to make any drastic changes.

If things don't improve, however, the asking price will only go down, and I have no doubt Disney will be paying attention for the perfect time to make an offer.