We go to hell with the first episode of 'Halo: Nightfall'

Share All sharing options for: We go to hell with the first episode of 'Halo: Nightfall'

Halo: Nightfall is the star around which the future of the franchise orbits — in a solar system of Microsoft's creation.

This isn't the first time Microsoft acknowledged the gravitational pull between video games and live-action entertainment. Just two years ago, it released Halo 4: Forward Unto Dawn, an episodic web series that served as a tie-in to Halo 4. But Halo: Nightfall feels like a bolder experiment.

Nightfall's mandate harnesses Halo 5: Guardians, the next installment in the first-person shooter series scheduled for a 2015 release on Xbox One. It also travels back to Halo 2, which is getting the HD remaster treatment in Halo: The Master Chief Collection next week. Continue farther out from the sun, and you'll find the Oort cloud, where Microsoft's multimedia aspirations surround the franchise and barrel like comets into the solar system.

We've seen the first episode, and it's clear that Microsoft's goals are as lofty as its original multimedia ambitions for Xbox One.

Halo: Nightfall shows how Microsoft always wanted things to be from hardware to software and everything in between. Nowhere is this more apparent than in the Xbox One, the successor to the Xbox 360 and the console on which Halo: Nightfall will debut next Tuesday, Nov. 11. Even the name of Microsoft's latest console is a nod to the company's desire to create a system that extends beyond video games.

To introduce the console at its May 2013 reveal, former Xbox executive Don Mattrick posed questions. 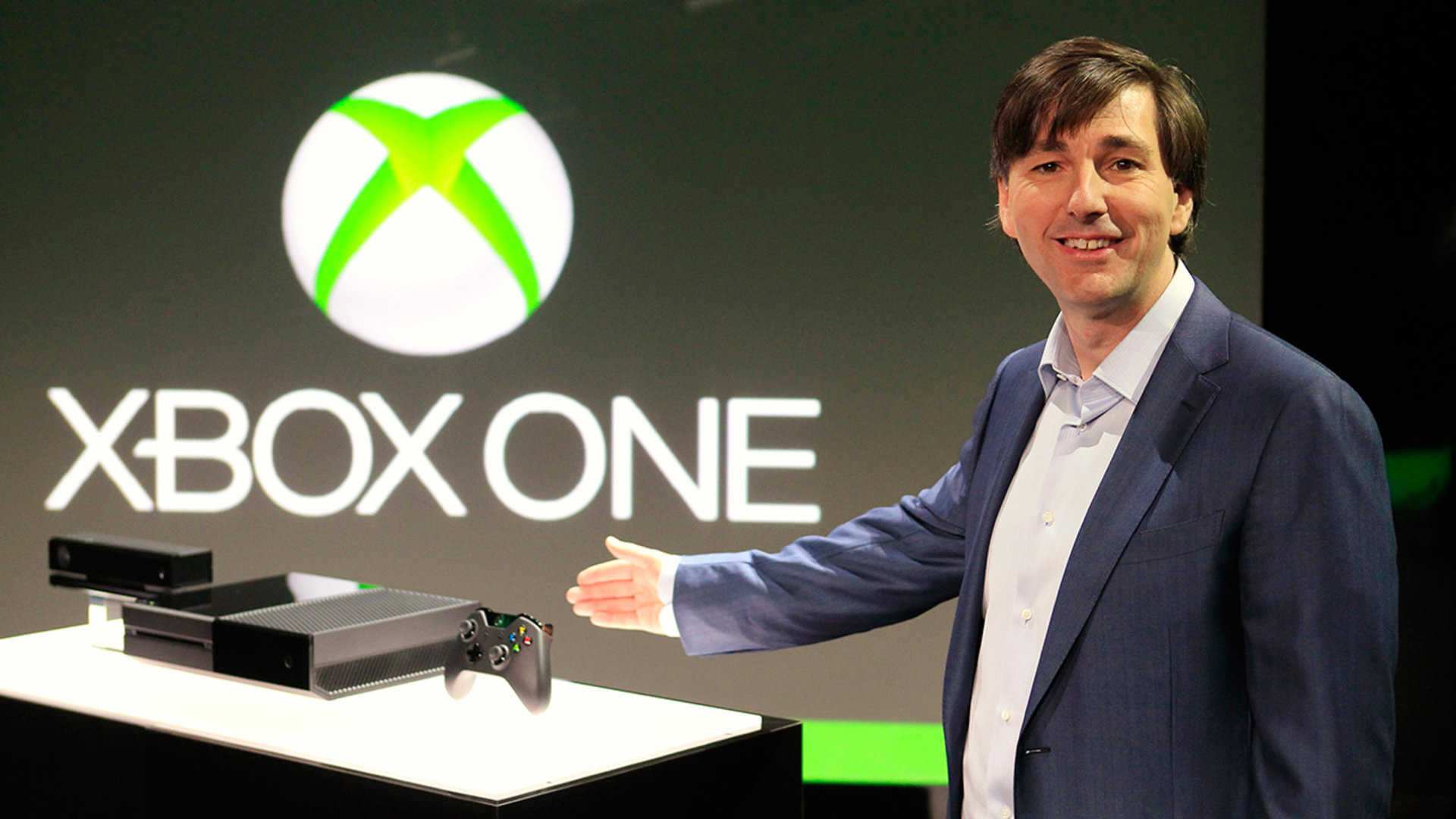 A console launch in three acts: The birth, death and rebirth of Xbox One

"What if a single device could provide all your entertainment?" Mattrick asked. "What if it could turn on your TV and talk to all the devices in your living room?"

Microsoft created the Xbox One in a world where consoles evolved beyond video games, thanks to services and apps like Netflix that rose to prominence after the Xbox 360 was developed. From the ground up, the Xbox One is designed to embrace them.

The company's boilerplate description of the console is telling. Xbox One, through Microsoft's eyes, is "the all-in-one games and entertainment system." To Microsoft, the two are intrinsically related.

Microsoft still maintains as sizable video game presence, with studios like 343 Industries, which is in charge of the Halo ecosystem, and Microsoft Studios, its publishing arm. But its homebrewed multimedia plans were once bolder. Microsoft founded Xbox Entertainment Studios in early 2013 to create interactive content for the Xbox brand. By mid-2014, Microsoft was set to shut it down.

Halo: Nightfall straddles two of Microsoft's grandest desires in a company in transition. Like the console it will debut on, Halo: Nightfall has two parents: a wildly successful series of video games and the entertainment offshoots born of it.

The first episode, which will debut next week as part of Halo: The Master Chief Collection, carries a lot of weight on its shoulders.

"We're using Halo: Nightfall to basically tell his backstory and tell his origin story," 343 Industries studio head Bonnie Ross said during a Halo-themed meeting Polygon attended at E3 2014. "You don't have to watch this, but knowing this will kind of tee you up for all the new things that are going on in Halo 5: Guardians."

In just under 30 minutes, the first episode has to establish characters, settings, motivations, adversaries, conflict — all while making viewers care enough to return for more. And it has to do so without the Halo series' legendary protagonist.

Instead of Master Chief, Halo: Nightfall introduces us to Jameson Locke of the United Nations Space Command. He and his UNSC comrades are stationed on the human colonized planet Sedra.

It is supposed to be a time of peace, but the truce between the alien Covenant forces and humanity is tenuous at best. Humanity's relationship isn't quite peaceful, either. Sedra's military leaders aren't thrilled at the UNSC presence on their backwater planet.

But at least war is over — at least the big, loud, shooting part. As the episode begins, Lock and his team of soldiers are reduced to sneaking through a forest, less like soldiers than U.S. Marshals on the trail of a fugitive. And they don't like it.

But things change. Situations evolve. Peace isn't assured, and the events that unfold in the series' first half hour show how and why.

The introduction of a MacGuffin rather conveniently links the present of Nightfall to the past of Halo and sends Locke, his UNSC team and the military leaders of Sedra to familiar territory, a location so bleak that it's first described as "hell," where the second episode will begin.

There is obvious potential here, though Halo: Nightfall has a long way to go to flesh out its characters. In terms of story, bridging the gap between this and Halo 5: Guardians seems like the easy part. Doing so with believable, sympathetic characters seems harder. There's time to to do that, but the first episode presents viewers with only sketches and outlines of characters.

Considering that Locke appeared in the very first image of Halo 5: Guardians and will serve as the secret spartan tasked with retrieving Master Chief, fleshing out his character will be of the utmost importance.

Halo: Nightfall arrives during a transition for Microsoft. It's a full-court multimedia press that harnesses Microsoft's considerable strength across multiple disciplines. But it does so at a time when the company is walking back some of its more ambitious plans.

The first episode of Halo: Nightfall is a fine setup for a longer series, and an ambitious project to connect the future of the Halo series with its newly remastered past. And its success or failure could determine the future of Microsoft's ambitions.