Share All sharing options for: This Majora's Mask 3D poster is as stunning as it is enormous

To celebrate The Legend of Zelda: Majora's Mask 3D's reveal, Nintendo commissioned a poster filled with characters and locations from the upcoming Nintendo 3DS remake.

Check out the poster below to see the partially masked Hero of Time surrounded by Gorons and Zoras and so much more. You can also click on the image to see it in its high-resolution glory.

The Legend of Zelda: Majora's Mask, a time-looping, darker installment in the series, was originally released in 2000 for the Nintendo 64. Nintendo announced its 3D incarnation, which is scheduled for a spring 2015 release, during a Nintendo Direct event yesterday. The remake also inspired a special edition for Nintendo 3DS, which is confirmed for the U.K.

For more on Nintendo's recent announcements, including news about Mario Kart 8 downloadable content, Code Name: STEAM and more, you can browse Polygon's StoryStream. 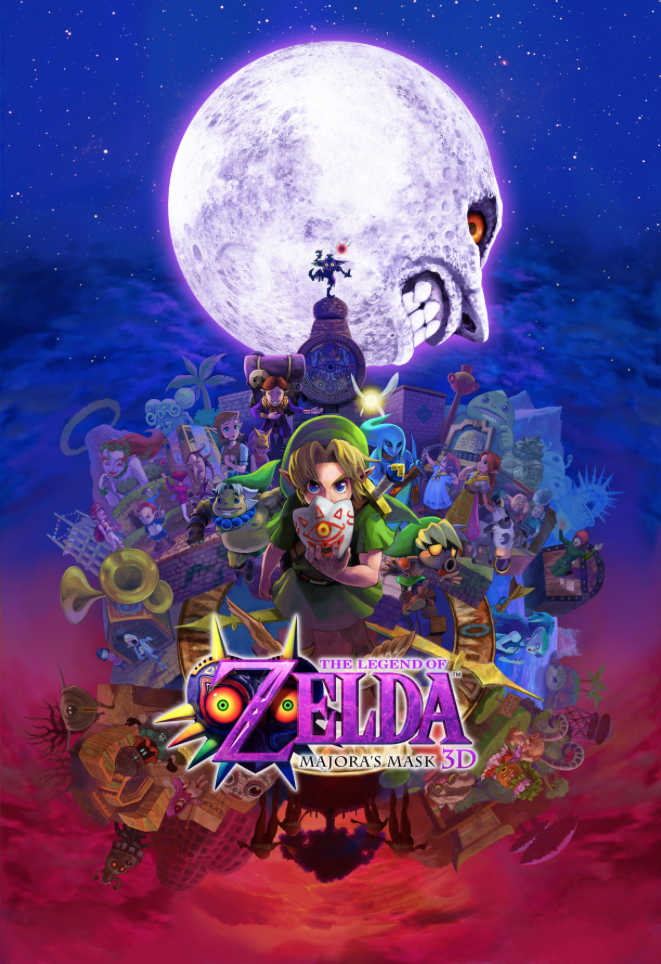 Update: A previous version of this article said that "the remake also inspired a special edition Nintendo 3DS," which could be understood as referring to 3DS hardware. We've added "for" before "Nintendo 3DS" to clarify that it refers to a game bundle.