The war against critics is as old as the printing press, GamerGate is just another example

Share All sharing options for: The war against critics is as old as the printing press, GamerGate is just another example 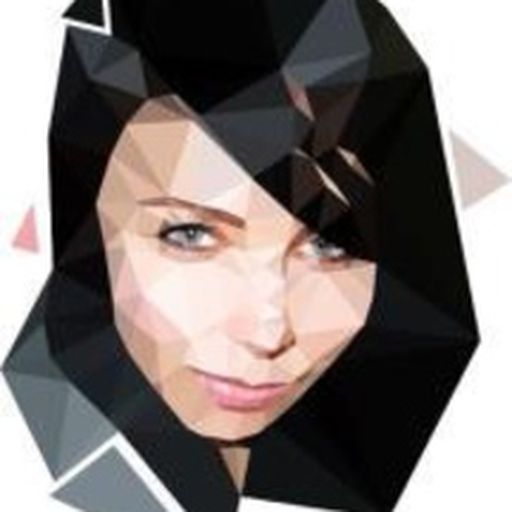 It's a bitter truth — at least for people like me — that the need for critics will always be reconsidered after an economic crash. This year alone we've bid farewell to some of the longest-running games publications in the world, something you can read about in detail right here. And if you've had your ear to the ground you'll have recognized the signs that preceeded the closure of Future Publishing games publications following a whirlwind of staff cuts earlier this year.

Now, looking back at 2014 the biggest question left to be answered is this one: what is the role of the critic when there is no money left to fund art?

What is the role of the critic when there is no money left to fund art?

Or, to put it another way, is professional criticism still relevant?

This is actually the least provocative question you can ask about the profession. Distrust in critics has existed for as long as criticism has and history has made that evident with the preservation of a few evergreen phrases: "Regard art critics as useless and dangerous," the Manifesto of Futurist Painters reads.

In other words, the erosion of faith in media can be easily traced as far back as the early 20th century. Here is another, this time coming from the autobiography of Mark Twain: "The trade of critic, in literature, music, and the drama, is the most degraded of all trades and that it has no real value - certainly no large value. However, let it go. It is the will of God that we must have critics, and missionaries, and congressmen, and humorists, and we must bear the burden."

This question is tackled side-on in a review of Hatchet Job: Love Movies, Hate Critics, a novel on film criticism by British film critic Mark Kermode. The review, which you can check out on The Guardian, was written last year by verbose English writer Will Self and offers a somewhat jaded take on the relationship between critics and modern audiences. While Kermode edifies the critic, Self argues the profession is losing relevance.

In the digital, instant-access world, Self writes, our relationship with art criticism is changing. The Romantic idea of The Critic, who is an arbiter of taste, is collapsing with the rise of not only Twitter, review aggregators and public reviews, but also the simple accessibility of all media. The critic is no longer the only mediator between creators and audiences.

"The role of the critic becomes not to help us to discriminate between 'better' and 'worse' or 'higher' and 'lower' monetised cultural forms, but only to tell us if our precious time will be wasted," he says, referring to the countless hours of films, novels and music that can be accessed through streaming and online libraries. "And for this task the group amateur mind is indeed far more effective than the unitary perception of an individual critic."

You don't need to look far to find real-world evidence of that. Professional critics aren't as paramount to the marketing process as they once were.  Nowadays it's the norm to see marketing firms adorn movie posters with 140-character endorsements culled from Twitter accounts of unprovable provenance, and where that power does exist, it's mostly on YouTube.

For Self, this is part of an ongoing decline in culture. According to him, professional criticism is a relic of a bygone era, a group he calls Gutenberg Minds — referring to the pre-digital generation of the 20th century. "The young, who cannot read a text for more than a few minutes without texting, who rely on the web for both their love affairs and their memories of heartache, and who can sometimes find even cinema difficult to take unless it comes replete with electronic feedback loops, are not our future," he writes.

Self's point is that criticism is no longer relevant to our generation of media-consumers. But he fails to underline exactly why. After all, we know that tech has changed how we consume media.

The press has experienced a serious shift in how the public views its authority, as the Internet audience calls out for a separation from critics with the enthusiasm of a Martin Luther convert. Things like #GamerGate are an attempt at a critical reformation, and much like the Reformation of the 16th century, it stems from an erosion of faith in a singular critical authority.

The result is a power struggle, one that's symptomatic of a long-running conflict between consumers and a cultural elite of critics and taste-makers.

Cultural hegemony, a term that describes the economy's influence on culture, is the main culprit. This idea was established by Antonio Gramsci, a communist and intellectual, who proposed that cultural norms of a society are imposed by the ruling class. More importantly, it highlights the distrust between consumers and culture makers; After all, if culture can be influenced by those in charge of it, so can perception and values.

And perhaps it's a sensible fear. Critics have historically played a crucial role in affecting the art they critique. Notably, critics Roger Fry and Clive Bell assisted in establishing the post-Impressionist art movement of the early 20th century through their critiques. Others, like the respective music and political writers Lester Bangs and Hunter S. Thompson aided in defining the cultural identity of their particular eras.

Supporters of GamerGate are uneasy with this, a fact which I watch play out on this site regularly. The feminist subtext of Polygon's Dragon's Crown review — which highlights the problems of hyper-sexualized art in games — was met by a wall of vitriol in our comments, with statements including: "What does this smug sanctimonious rant have to do with the game?" and "very sad that liberal-progressive nutjobs are taking over the industry, time for a normal web site that will be 'pure gaming,' without politics or any other BS that has no place here."

The separation of gamer and critic

After all, they'd argue, aren't articles like this an imposition of values? Internet culture is fundamentally opposed to being dominated by mainstream values — and this is the sum and substance of GamerGate psychology. Pure gaming is a state in which the target audience, mostly straight males, play with hands filled with controllers and brains filled with very little. They're not fighting for the right to not read actual criticism, no one forces anyone else to click on a link. They're fighting for a world where the existence of that criticism isn't allowed at all.

For Self, this kind of rupture is just evidence of the decay of culture. "We, the Gutenberg minds have no future," he says in his review, "and our art forms and our criticism of those art forms will soon belong only to the academy and the museum." Self bemoans the death of critical intellectuals and the resulting demise of criticism.

Thus is GamerGate the grim reaper, here to kill criticism and return games to their past; where all sorts of rather off-putting content is consumed without comment. It's a mob aimed not just at killing critical thought, but which is mad crazy with the idea that critical thought is happening somewhere, about something.

For games critics, the rupture with audiences is evidence of an opposition to authoritative voices in media. Only now in a digital era where everyone is potentially a critic, criticism is anything but dead.