2014 in review: The year of local multiplayer

Share All sharing options for: 2014 in review: The year of local multiplayer 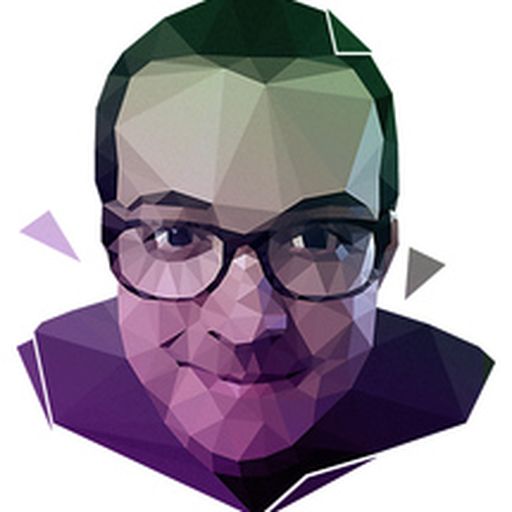 That focus could not have come at a better time. 2014 was a year where a creeping toxicity made online gaming communities a less inviting place to inhabit. It was also a year where countless titles launched with online functionality that was straight jacked, a trend that is also, sadly, moving toward becoming the industry default.

This year, I spent far more time playing local multiplayer titles than I did online titles — not counting my invested hours with a certain Warcraft-themed digital card game. It wasn't because the local games released this year were so high quality, either (though they absolutely were). It's because each one possessed a more intangible trait: They managed to make my entire social circle love video games just as much as I do.

That feat was accomplished thanks to a deluge of games that shared a connective design thread: All of them were accessible and inviting enough to newcomers and casual gamers alike, but instilled a compelling desire in their players to actually get better at playing the game.

If that doesn't sound like a particularly impressive characteristic, it's probably because it's how you've been playing games for a long time. I think that might be one of the biggest differentiating factors between what the games industry has traditionally (and obtusely) labeled "casual" and "hardcore" game-players. One is happy to play a game, while the other feels a stronger compulsion to develop a mechanical mastery of that game.

It's not often that a game caters to both of those behaviors — yet 2014 saw so many titles released in rapid succession, each with an elegant "improvement curve" that turned my friends into diehards.

TowerFall: Ascension might be the aesthetic ideal of that type of ambassadorial game. There's an immediate accessibility there, between its three-button control scheme, somewhat familiar platforming mechanics and 16-bit presentation. After a single introductory match, most rookies and button-mashers can totally hang, pulling off miraculous cross-level kills and erratic head-stomps.

But there's so much more to TowerFall; mechanics and strategies that unveil themselves constantly to new players, giving them drip-feed tastes of victory and teaching them, step-by-step, how to play the game better. It's a difficulty curve that's enjoyable throughout, and one that my friends have invariably wanted to scale.

Mount Your Friends, for all its dangling preposterousness, also has a clever, approachable and infinitely compelling multiplayer design. Succeeding in early rounds of the game requires you to simply know the controller's face buttons, and how they correspond to each climber's limbs. But quickly, just surviving a few rounds isn't enough. My friends and I blew an entire afternoon scaling each other, developing path-blocking strategies and building taller and taller dude-structures — a very literal interpretation of their increasing gaming adeptness.

Humor played a huge role in making certain local multiplayer games more inviting to inexperienced players. Gang Beasts, Boneloaf's super floppy wrestling title, is downright hilarious to play or watch, making it an easy sell to just about anyone. Starwhal: Just the Tip is a whale-fencing title, a genre that makes the game pretty much undeniable. The comedic potential of those games makes them so easy to pitch, and a blast to play, even if the people playing are completely terrible at them — enough to get a foot in the door toward becoming better floppy wrestlers or whale-fencers.

Nidhogg, 2014's premier non-whale fencing title, takes the idea of spectatorship to a whole new level. In a tournament bracket, most players will spend a lot of time watching two other players duel, but that downtime is never boring. Almost every Nidhogg match is thrilling, with dozens of swift maneuvers, reversals and climactic finishes. Each match is also educational, teaching viewers how to execute game-winning strategies and counter their opponents' moves.

Independent game developers weren't the only ones supporting this trend, though their games' typically sub-$20 price tags certainly helped make them all the more inviting.

Nintendo in particular knocked local gaming out of the park this year, with huge releases like Mario Kart 8 and Super Smash Bros. for Wii U. Those games not only provided my group of friends with dozens of hours of screaming enjoyment, they gave the Wii U a much-needed shot in the arm, showing that Nintendo's still extremely capable at doing what Nintendo does best.

Super Smash Bros. for Wii U especially helped develop the local multiplayer trend. The inclusion of eight-player matches has turned even larger social gatherings into chaotic free-for-alls, and the bevy of customization options has ensured that we'll be playing Smash for years to come. Other games have tapped into that retention tactic, too — TowerFall's catalog of modifiers, which has been frequently updated since the game's launch, has constantly kept us coming back for more.

The fact that all these games came out in the same year has allowed for my friends' budding gaming mastery — and the desire to develop that mastery — to carry over from title to title. Acquaintances who could care less about gaming in January were genuinely excited for new releases in June. As their appetite grew, they were more willing to experiment with new genres, like the sublime, Lovecraftian beat-em-up RPG Crawl.

And let's not forget Sportsfriends, a super-bundle with games built to satisfy players on every point of the skill spectrum. It is, by itself, a microcosm of the year's local multiplayer trend: Johann Sebastian Joust gets non-gamers in the door, Hokra develops complex strategies with a single button, Super Pole Riders uses humor to introduce enormous depth and BaraBariBall fosters a powerful compulsion to learn and master elaborate game mechanics.

Hell, it was even a great year for people who didn't get swept up in the wave of expertise-building. The Jackbox Party Pack has provided some of my favorite gaming memories of the year, and allows participation by people who've never even played a video game before. If you have a phone, tablet or computer, you're ready to roll.

Online games have completely overshadowed their local multiplayer counterparts because actually getting folks together to play games face-to-face is a tricky proposition. The reason that 2014 will always be an important gaming year for me is how it flipped that proposition on its ear: You no longer have to know people who know how to play games to enjoy them — you just have to know people, and the games will handle the rest.