Over the past 12 months, Polygon sent writers around the world to put together stories on people in and around the video game industry. From a fight club in Sweden, to a boatyard in Tokyo, to a desert landfill in New Mexico, these trips spanned a wide gamut.

So for the end of the year, we figured it was a good time to look back on some of the highlights, and resurface some of our favorite stories that you might have missed the first time around. 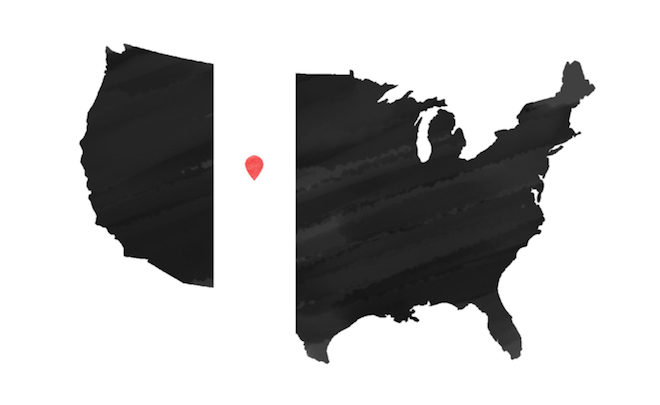 "When news of the massacre at Columbine High School in Jefferson County, Colo., reached Danny Ledonne, he was sitting in his sophomore English class. By midday, about 40 minutes after the shooting began, his school was placed on high alert in fear of a copycat attack. 'No one really knew what was going on at that point,' says Ledonne. 'I liken [Columbine] to the JFK shooting of my generation.'" 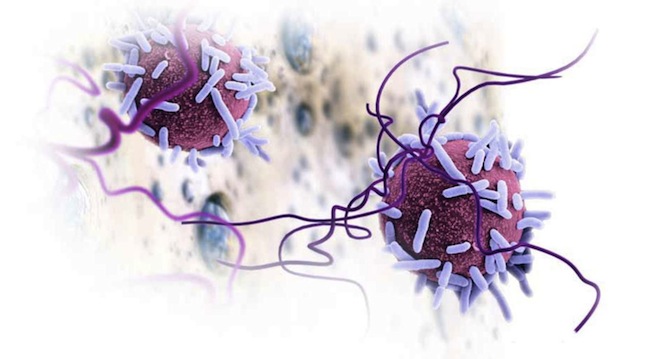 "Steven Gonzalez was just 12 years old when doctors diagnosed him with acute myeloid leukemia, a rare form of cancer that causes anemia, frequent infections and pain. Told he had a 2 percent chance of survival and torn away from his friends to the harsh confines of a hospital, Gonzalez turned to video games for comfort." 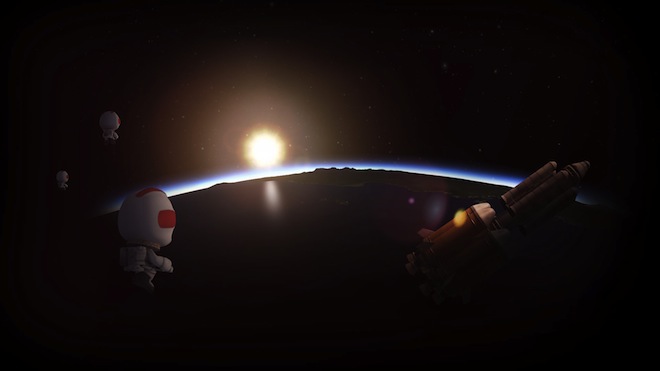 To the mun and back: Kerbal Space Program (January)

"Kerbal Space Program is, at its core, a rocketry simulation. When it first became available for download it had a limited scope. There was a large hangar full of parts and little green pilots, a launchpad with a button to push and a patch of sky to fall through when it inevitably all went wrong." 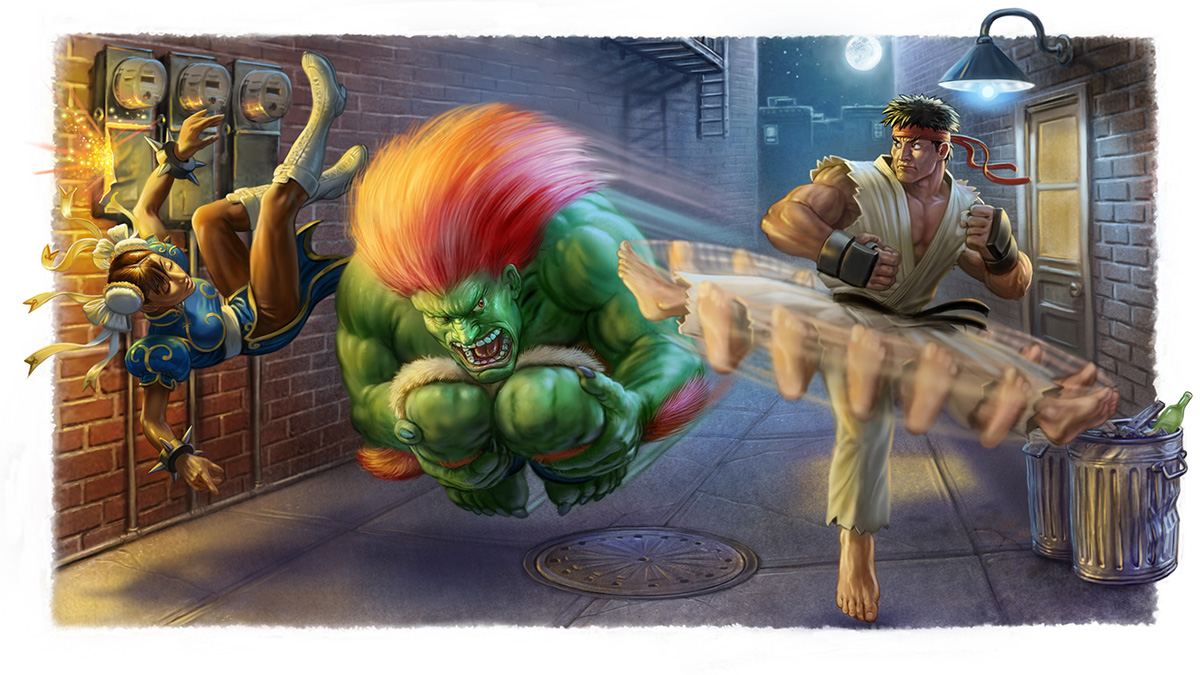 "In 1985, artist Akira Yasuda showed up to a Capcom job interview dressed in pajamas and a tie. He left his portfolio at home, saying fans stole his work because it was too good. Asked why he chose pajamas, he replied he wanted to look presentable and that was the only thing he owned with a collar." 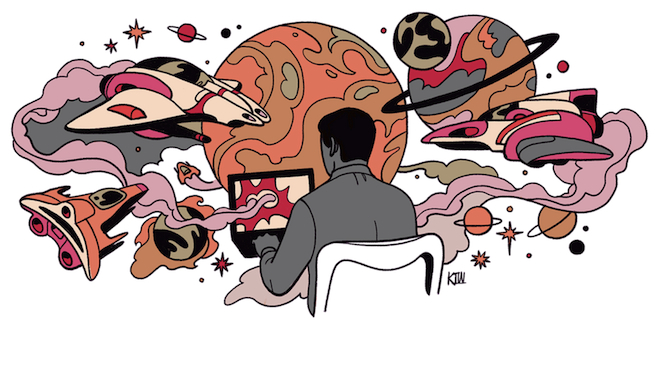 Eve: The most thrilling boring game in the universe (February)

"Alex 'The Mittani' Gianturco is a long-time Eve Online player. In real life, he's a retired DC attorney. In Eve, he's a ruthless space dictator. Thinking about his journey from fresh-faced player to being arguably the most powerful person in the game, he tells me none of it was planned. 'If you were to tell me five years ago I'd be living in Wisconsin and running a space empire full time, I'd think you were crazy.'" 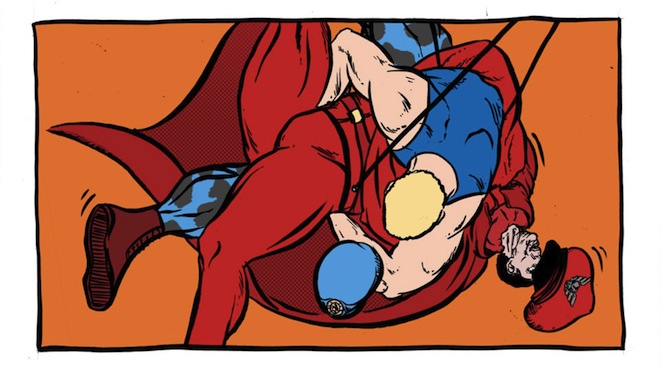 "The flight to Thailand was long. Stephen de Souza wished it were longer. ... As a bona fide hit-maker, the writer had amassed enough creative capital to do what so many successful screenwriters aspired to before him: become a director. But in Hollywood, nothing comes easy." 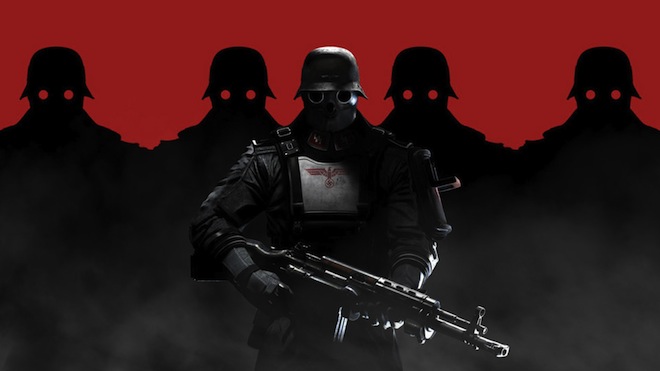 Making Wolfenstein: A fight club on top of the world (May)

"There's a padded mat on the floor. It's as big as a small room itself and almost fills the room it's in, a part of the basement of Machine Games' office in Uppsala, Sweden. At the room's perimeter, off the mat, are workout machines, weights, a pull-up bar — all orderly and well-maintained. ... Machine Games Creative Director Jens Matthies smiles as he gestures around the room. This was his idea. This is the Machine Games fight club." 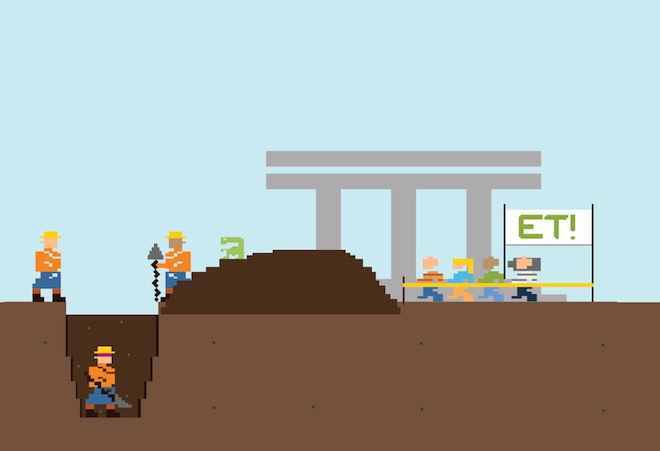 How to dig up a landfill: The search for E.T. (May)

"The meeting, officially, didn't have anything to do with Atari. ... When Burns heard that one of the consultants worked for Universal in the 80s and helped license E.T. to Atari, he had a flashback. He remembered playing E.T. on the 2600 as a 12-year-old. 'My god it was shitty,' he says. 'It was horrible.' And he remembered hearing an urban legend of how Atari had buried millions of copies of the game in the desert because it couldn't sell them in stores."

"For 5 zloty, a little less than $2, you can climb an observation platform along the banks of the Vistula River. In the distance, the city of Warsaw will show you Poland's history. ... Out there in the city of Warsaw, and in other urban places across this broad, flat piece of land are the entrepreneurs, the makers. Some of them are making games. They are exporting Polish culture to the world through little glowing screens." 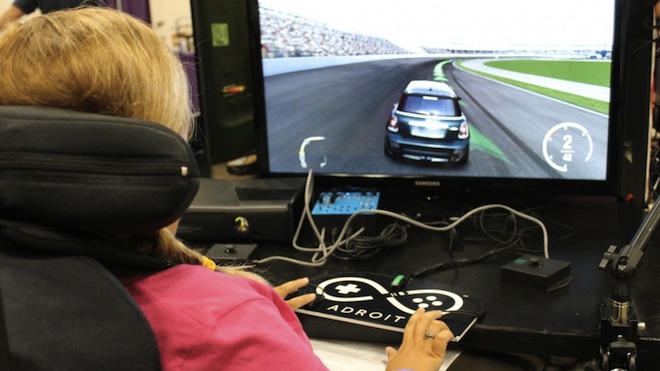 "When Mortal Kombat hit arcades in 1992, Carlos Vasquez was right there with all the other kids besotted by its edgy take on fighting games. ... But then his vision started to fade, and eventually closed-angle glaucoma rendered Vasquez completely blind. He had to give up soccer — one of his great passions — and, it seemed, maybe video games too. 'But as I got used to it more and more,' he says, 'I decided to go back and start paying attention more to my hearing and kind of realizing, 'Hey, this game actually emphasizes every single hit as you play!'’ Mortal Kombat's stereo sound effects may have been intended to enhance the visual experience, but for Vasquez they meant an opportunity to keep playing his favorite game entirely by ear." 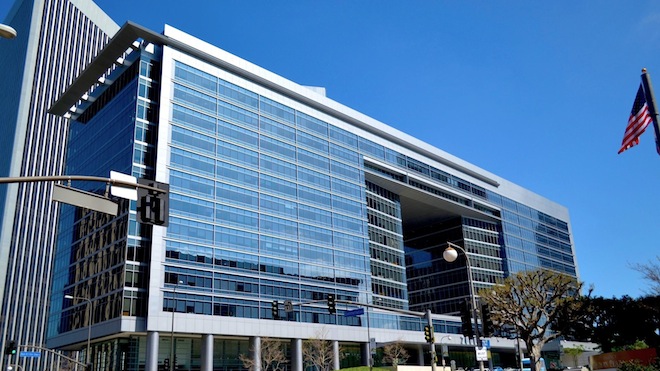 "You can see it from down the street, taking up a block of Los Angeles' Avenue of the Stars. The valet line out front, the glass-walled atrium, the men in sport coats and women in oversized sunglasses, the reception desk off to the side where visitors wait until called upstairs. ... It was only a matter of time before it got into video games." 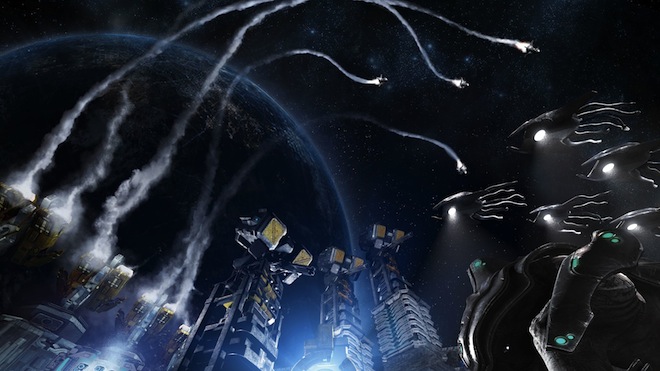 The making of Defense Grid 2: The end (September)

"The screen is a blur of motion. I'm sitting in the conference room at Hidden Path Entertainment. It is now the end of August, 2014. Defense Grid 2 has been in development for just over 16 months — four months longer than planned. And it's still not finished." 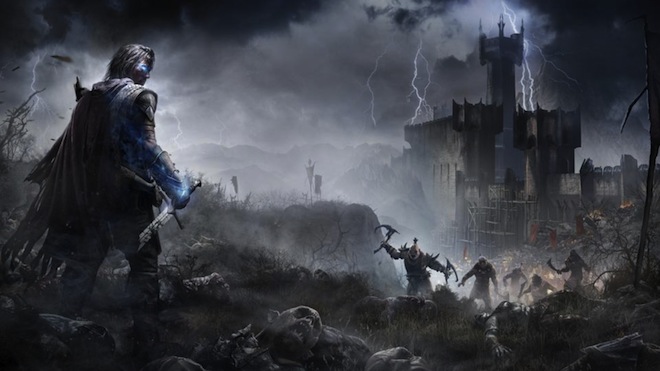 There and back again: A history of The Lord of the Rings in video games (September)

"[J.R.R. Tolkein] passed away in 1973 ... and left his youngest son, Christopher Tolkien, to surmount the next big media mountain: making his father's works into interactive experiences. Less than 10 years later, video games began their bumbling trek through Middle-earth." 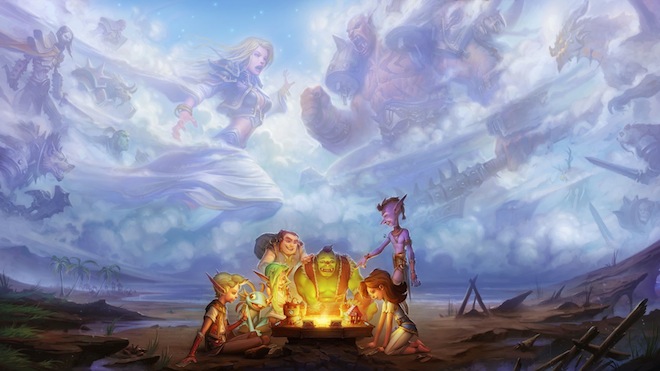 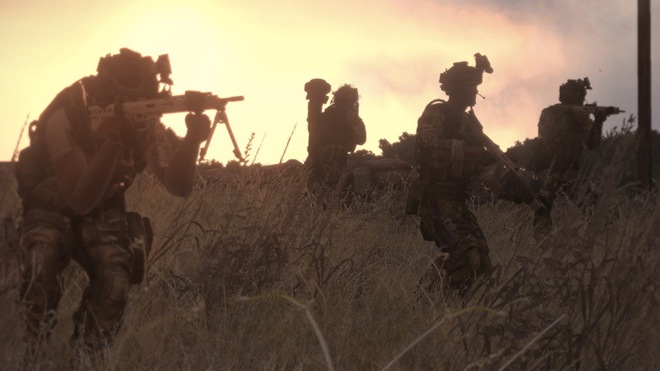 Why we fight: Inside Shack Tactical, the elite military simulation group (October)

"Flying low above a pine forest, the two U.S. Army Blackhawk helicopters suddenly broke formation. From my seat at the open door, the view tipped straight down for a moment before we leveled off. In the distance, backlit by a sky purpling with the dawn, I could see Alpha squad beginning to descend, their rotors kicking up a huge cloud of dust." 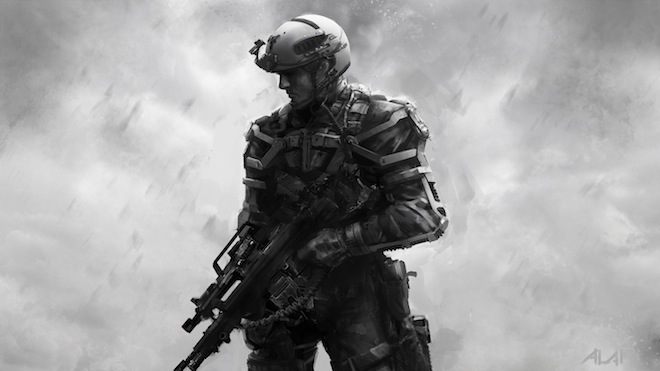 The plan to reinvent Call of Duty (October)

"When he was 15, Glen Schofield walked into the office of comic strip distributor King Features Syndicate without an appointment. He didn't know any better. He just knew the company, a division of media giant The Hearst Corporation that managed "Spider-Man," "Family Circus" and "Flash Gordon." And he had mapped out plans for a comic, thinking he could create something similar. ... As the creative lead on November's Call of Duty: Advanced Warfare, Schofield is now attempting to try something different with one of the game industry's most popular franchises — one that often takes flack for not changing enough year over year." 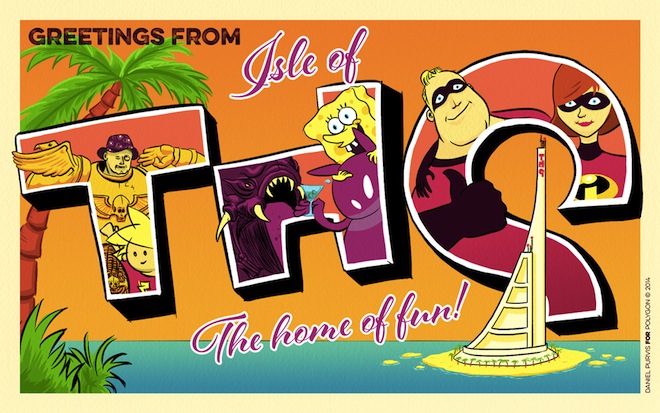 The fall of THQ (December)

"THQ's staff saw the stock price falling. It was 2008 and the global financial crisis hit the video game industry hard. 'As a stockholder, it was shocking to me that the stock went through relatively quick decline,' says one former employee who asked to not be named. 'But even when things weren't going well, I was optimistic.'"