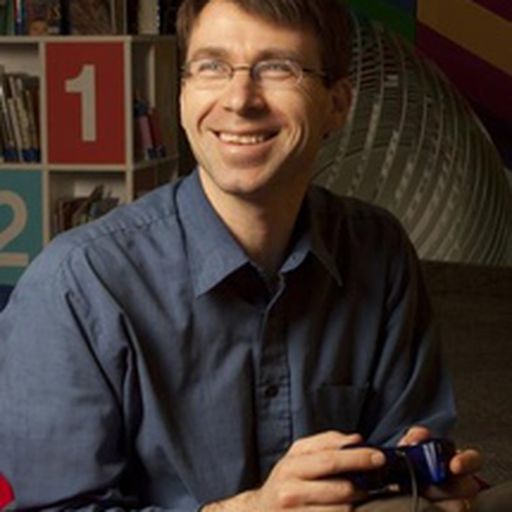 I lost a friend this month.

I first got to know Ralph Baer a little over seven years ago when he reached out to us at The Strong to see if we might be interested in preserving materials documenting his lifework. We, of course, were interested — after all, he was a legend, the man who patented the idea of playing a game on a television, the creator of the first home video game system, and the inventor of Simon, one of the most iconic toys of the last 50 years. After talking with Ralph on the phone, a colleague and I flew to Manchester, New Hampshire to meet with him.

Ralph greeted us at his modest home. Behind large glasses his eyes sparkled with intelligence, humor, and a certain level of impatience, and it quickly became clear that Ralph didn’t want to waste time on idle pleasantries.

He welcomed us in and took us downstairs to a large, paneled basement room filled with shelves of his prototypes and finished toys. One of the inventions Ralph showed us was an exercise bike he created decades ago to permit a player to pedal and steer left and right to navigate a video game.

He also shared a version of the NES classic Duck Hunt that let players throw balls at the screen to hit the ducks. "My grandkids really love that one," he remarked. In a side alcove he had set up replicas of the different iterations of his prototypes for the first television-based video game system. He took down a joystick with a large golf ball on top and demonstrated how a player could use it to putt in a golf game."Forty years before the Wii, we invented motion control," he chuckled. Then he took us to where the action was, the true heart of his home: his workshop.

The workshop was a small, cluttered space, dominated by a workbench where Ralph kept the tools of his trade: drawers and drawers of electronic supplies, an oscilloscope and other test equipment, and his much-used soldering iron. Books along the wall documented more than six decades worth of television and computer technology. It was clearly a place Ralph loved to be.

"Do you want any of this stuff?" He pointed to boxes of labeled folders stuffed with papers. Of course we did. These documents recorded much of his career from the 1970s into the 21st century. Thus began a seven-year relationship in which we were privileged to work with Ralph to preserve these materials, now the Ralph H. Baer Papers at The Strong.

The papers open a window into his life and work, both solo and in collaboration with the many partners he had over the years, and I believe they reveal five key qualities that made him such an accomplished inventor and, if you’ll pardon the pun, game changer.

Ralph had a nose for how technology could likely be applied in new ways. Anyone reading the initial ideas he set down on September 1, 1966, for a home video game system will note his farsightedness. He outlined action, artistic, instructional, and sports games, all of them key categories of video game play today. Ralph also had a sense of where technology was going, sometimes long before it actually got there. His work with playing video games over cable TV, for example, forecast our wired, networked game play of today.

Ralph’s mind never stopped working. He continually churned out ideas. Some were transformative, like home video games. Others were inspired, like his early work on talking greeting cards or his pioneering use of digitized faces in the arcade game Journey. Sometimes they were just plain fun, like his talking doormat that spoke when a guest stepped on it. I’m smiling just remembering the tricks he described playing with that. His creativity after all stemmed from his inherent playfulness.

Game designers come in all types, but Ralph was clearly an engineer. He thriftily used the backs of printed pages to make many of his notes, but he kept everything sorted in file folders by project. He regularly recorded his progress and ideas, and he carefully dated his work — something that would prove useful later in litigation to prove his pioneering inventions.

Ralph stuck with ideas for a long time. His development of the Magnavox Odyssey is a good example of this, but throughout his life he would return to ideas again and again, trying to make them work. Sometimes the technology just had to catch up to his brainstorms, and when it did, Ralph was ready. He never stopped inventing, and every time we spoke, he shared his latest project.

Ralph knew that ultimately a product had to sell. That meant sometimes he didn’t use a cutting edge technology when there was a cheaper alternative. For toys, especially, the profit margin is often measured in pennies, so if a two-generation old chip would do the trick and cost a little less, Ralph would use it. But ultimately, Ralph never lost sight of what the user would enjoy. That was how he transformed Atari’s clunky, forgettable Touch Me arcade game into the intuitive, delightful Milton Bradley toy Simon that still charms players today.

These qualities served Ralph well, and they were part of what made him special. Over the years we kept in touch. He came out to The Strong museum multiple times and I, in turn, visited Ralph at his home in New Hampshire. And, of course, we communicated by phone and email.

One of my favorite memories is when Ralph sent me an email asking me to give him a call. But rather than simply write that, he shot this video message on his iPhone using a talking bear he had created.

To me, that message encapsulated Ralph’s humor, his charm, his feistiness, his smarts and his great sense of play.

In his last years, Ralph’s health kept him from traveling. I am very thankful that two summers ago my wife and children got to meet this man that I had talked so much about and who had done so much to shape the world we live in. And in October of this year I traveled out to see him again.

He was on oxygen and clearly beginning to fail, but he was still Ralph! He was reading actively, staying in touch with a wide range of people, and still inventing. He showed me the latest toy project that he was designing, using a Picaxe microcontroller to do the programming.

As I watched the toy spin around, I couldn’t help but marvel that here was this 92-year-old man still hard at work and hard at play.

I’ll miss you Ralph, but thank you for the memories, the friendship, and all that you’ve done to bring such joy into the world.

We’ll all miss you for that.

Jon-Paul C. Dyson is Vice President for Exhibits and Director of the International Center for the History of Electronic Games at The Strong museum in Rochester, New York. The Strong has the world's largest collection of toys, dolls, and games, including more than 55,000 video games and related artifacts, as well as extensive archives from many individuals and companies important to the history of video games. J.P. has a PhD in United States History.